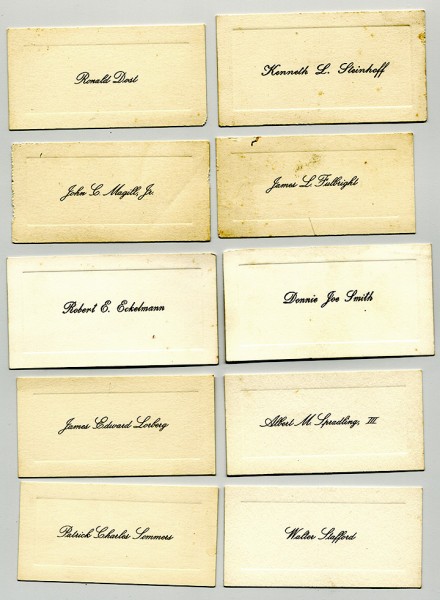 When I told Curator Jessica that I had found two dozen Class of 1965 graduation cards in a box in the attic, she said, “I guess things chiseled on stone tablets last a long time.” Youngsters today have no respect for their elders.

I’ve done stories or posted pictures of quite a few of these folks. You might have to scroll around on the page to find some of them. 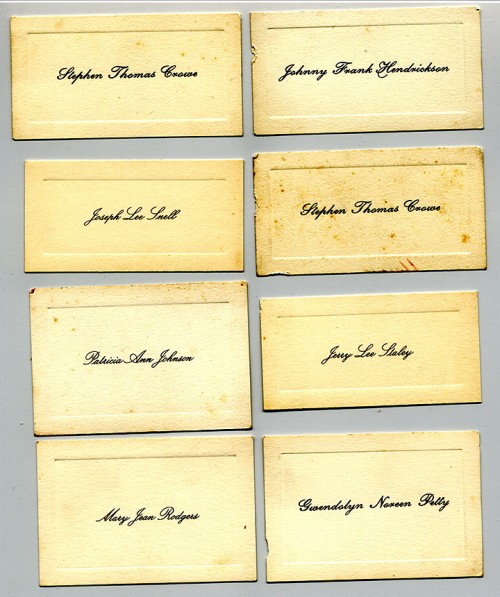 I didn’t notice until I had scanned the cards that Steve Crowe showed up twice. Let it be know that he didn’t pay extra for the exposure.

Do you want your card back? 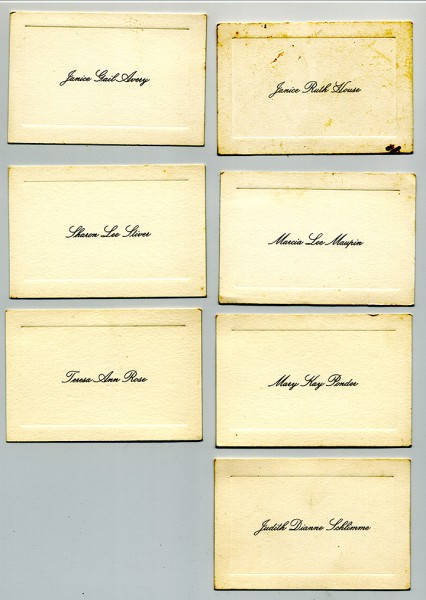 I’m going to bring the cards to the reunion this summer in case anyone wants their card back. Unfortunately, several of our classmates have graduated to Up There, so they will go unclaimed. 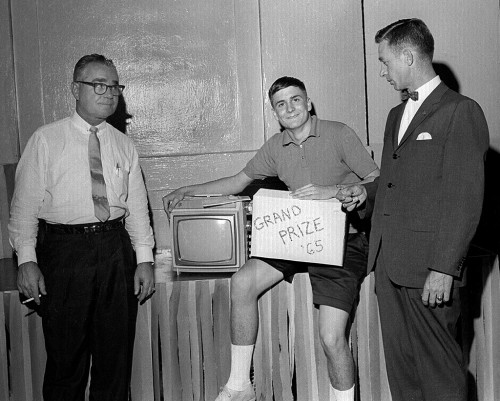 Lee has been featured here before

I found a larger collection of Grad Night photos in June.

Here are a handful of other photos from that night. Click on the photos to make them larger, then click on the side to move though the gallery. Holler if you see yourself or someone you recognize. 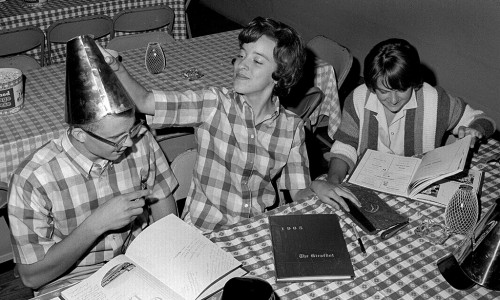 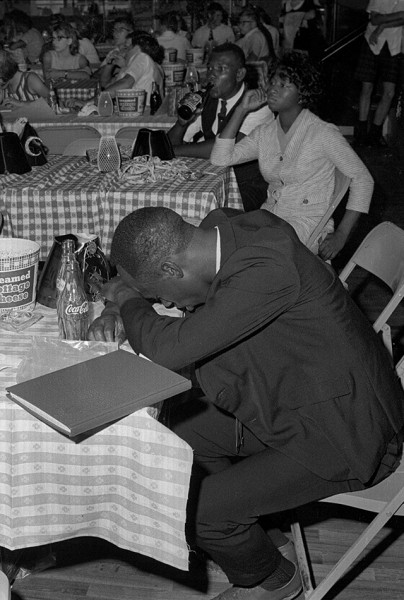 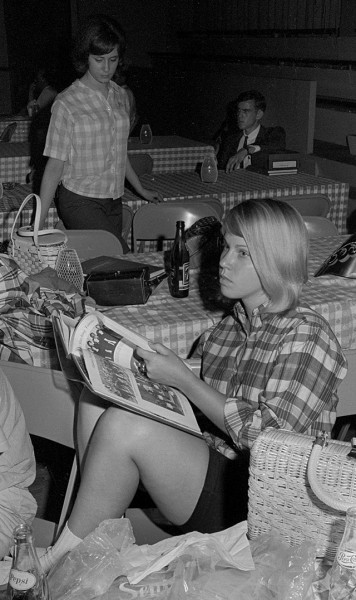 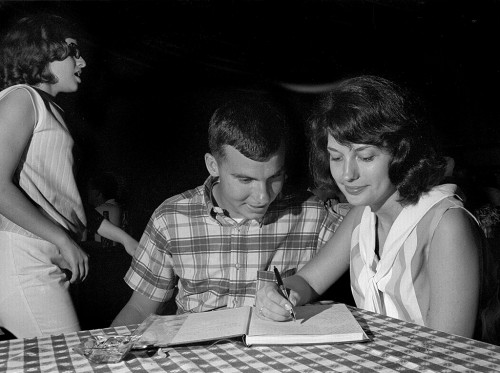 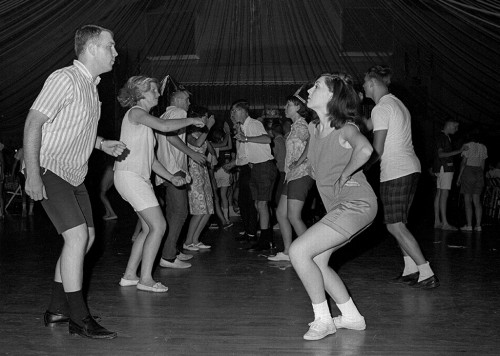 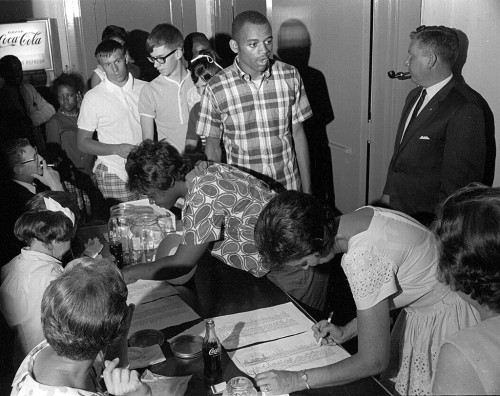 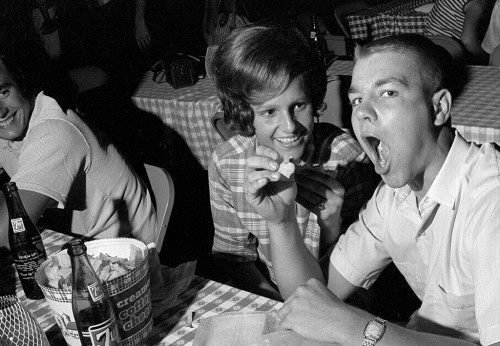 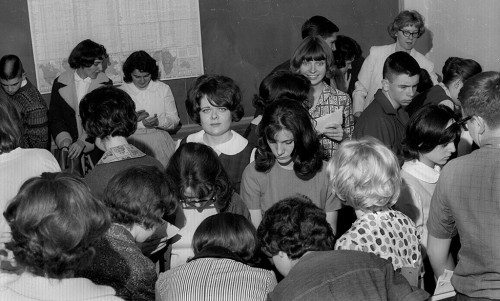 The negative sleeve said “Pie sale, but I couldn’t imagine a pie sale generating this big a crowd.

Well, it turned out to be either a piece of bad handwriting on my part (or a piece of bad reading). It actually said “pic sale,” as in “picture sale.” The Girardot yearbook staff was selling leftover photos after the final deadline was met, setting off a mad scramble.

My internal facial recognition software in woefully inadequate. Wife Lila and her yearbooks help put some names to faces – Jane Coile and Joe Snell, for two. The girl in the middle who is looking at the camera is driving me crazy. I know her face, but I can’t think of her name to save myself. 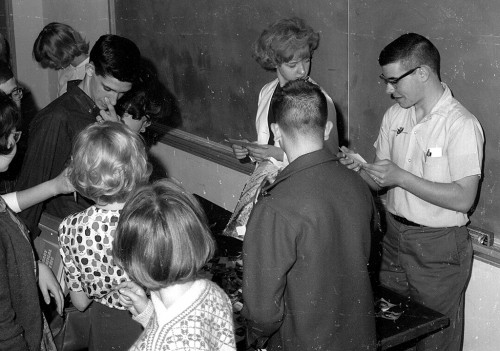 The film was in pretty bad shape, so I gave up after getting most of the spots off faces. (Sorry for missing a spot on your nose, Margaret.)

There’s an interesting mix of students here. I think Rick Meinz, Class of ’64 is on the left, Joe Snell, Class of 65 has his back to the camera, and Margaret Randol and Bill East, Class of ’66 are on the right. 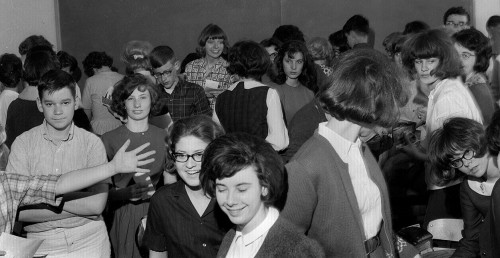 I can’t believe how many people showed up to look through the photos. Names I am willing to guess on include Diane Meystedt, Jane Coile, Bob Swaim and Susan Welker. You’re going to have to fill in the rest.

You can make the photos larger by clicking on them.