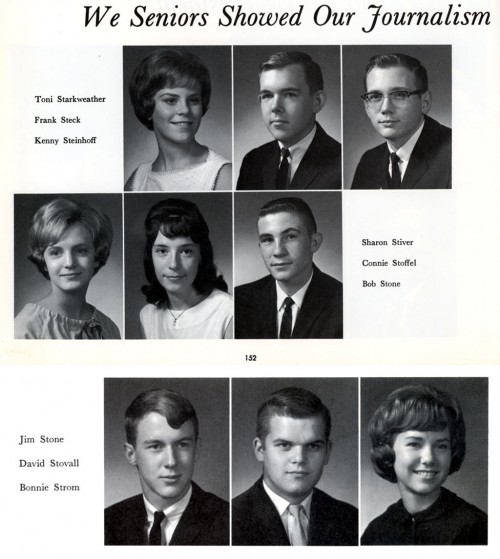 When your names are Ken Steinhoff, Shari Stiver and Jim Stone, there’s a pretty good chance you’re going to get thrown together a lot in high school.

On top of the alphabet thing, we had a lot of other overlapping things going for us

Shari Stiver was my first girlfriend 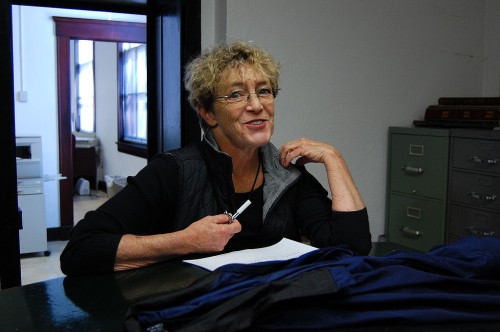 After interacting with Shari Stiver in school activities, she and I worked together doing political polling our freshman summer. After several weeks, I finally got up enough nerve to ask her to a movie at the Rialto.

When she reciprocated by asking me to a dance, I had to confess that I didn’t know how to dance. “And, you proved it,” she told me this weekend.

Like so many first romances, this one didn’t end well. I think you could use phrases like “crash and burn,” “down in flames” and “train wreck” to describe my reaction to the inevitable breakup. We spoke only when absolutely necessary for the rest of our high school careers.

Jim Stone dynamited me out of Cape 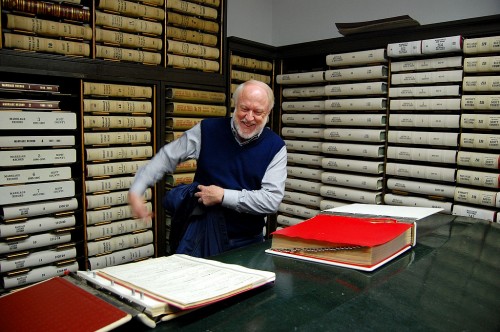 I’ve written before how Jim Stone convinced me that I should transfer to Ohio University, where he was going to college, “before you become another One-Shot Frony.” He was the only one of my former classmates I kept track of. 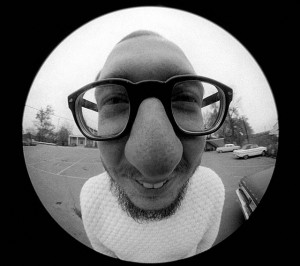 Jim was a scientist and nuclear physics prof who was the kind of guy you called at 2 in the morning: “Me and my buddies have a bet. Is it true that you can save yourself if you jump up just before the elevator crashes?” [No.] He visited us a couple of times; we saw him in Boston once.

I described how Ernie accused us of dropping a boulder on his front lawn when we came back for the 20th reunion. We got together again at the 40th. Every time we got together, Shari’s name would be on the “wonder what ever happened to?” list.

Two coincidences led me to Shari

The three of us started trading mail and decided to meet during Mother’s Birthday Season. 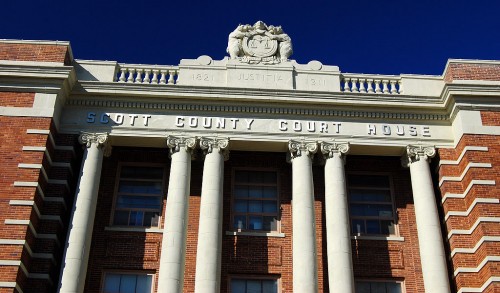 This was an unusual reunion for me. I dealt with June’s 60s Reunion like it was an assignment: I shot close to 700 still photographs and a couple dozen videos; I interviewed rather than conversed, and I was the observer in the shadows that I had been when I was back in high school.

In contrast, I shot about 30 frames over the two days we were together (two of Shari and about two dozen of Jim), all while we were helping Jim find tombstones and records for his ancestors in Scott County. I didn’t take a note or make a recording the whole time. That meant that the debriefing I got from Mother Sunday morning was woefully deficient in information by her standards. 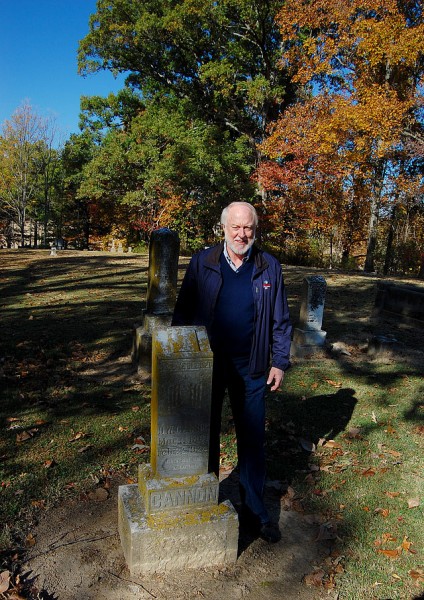 We hit cemeteries in Scott County and Cape; looked for Jim’s family records in the Benton Courthouse and the Cape County Archives center (where the people are exceptionally friendly and helpful), we cruised by just about every landmark you could think of (some more than once).

Jim and Shari are early risers. I got a message from Shari Friday timestamped at 4:14 a.m. At that point, I had been in BED slightly more than two hours. They start yawning at 9 p.m., about the time I start pulling together the next day’s blog post.  I made the supreme sacrifice of setting my alarm clock for 6:30. That’s A.M. 6:30. If the sun doesn’t have to be up that early, I don’t see why I have to be.

We spent a few hours with Shari’s mother, who is a real delight. We got her hooked up with a wireless router so Shari won’t go crazy without an Internet connection when she visits Cape. (Don’t ask how long it took a former telecommunications manager and a rocket scientist to get it working.)

Jim lobbied for a grade change 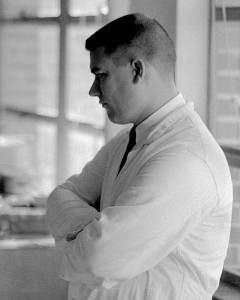 We had lunch with Ernie Chiles, who, except for a few gray hairs, looks just like he did when he was teaching us a Central High School.

Jim brought along a couple of his report cards; Ernie had given him an E- (equal to an A-) and Jim is still arguing that he deserved a straight E. “I got a 100 on the Final,” Jim whined.

Ernie and I are going flying this week. Due to his advanced age, I was a little worried, but Ernie assured me that his seeing eye dog is pretty good at barking to line him up with the runway.

Shari was a child psychologist for 13 years working in the juvenile justice and substance abuse areas.

She bought an old house and decided to rehab it. (Her mother chimed in, “Her first words when we visited were, ‘Watch out for the hole in the floor.'”) After paying contractors $10,000 to repair the house” and $25,000 to repair their damage,” she decided to oversee the job herself.

Soon, friends were asking if she’d take on their projects. It didn’t take long for her to decided to switch careers to somewhere she had a chance of  actually fixing what was broken. She became a general contractor specializing in design-build rehab in St. Louis’ historic districts.

She may not speak to me for another 45 years

It took 45 years, but I finally got back at her for all the adolescent angst she inflicted upon me. While the three of us were standing on the riverfront watching a string of barges passing by, I launched into the old story of how my mother lost her arm in a terrible riverboat accident when she was working as a cook on a towboat. Shari reacted with so much horror and sympathy that I thought she was putting me on as much as I was putting her on with the story.

It was almost six hours later before I clued her in that it was a tall tale Bro Mark had fabricated 35 or 40 years ago as a joke on his friends the first time they came by the house. The bad thing is, that just as we had patched things up, she may not speak to me again for another half-century.

Jim’s working for the State Department

After listening to Jim talk about his life in salt mines and mountain tunnels looking for subatomic particles that may or may not exist, I was surprised at some of the cryptic messages I had been getting lately. I was afraid all those years of being bombarded by nuclear particles had finally gotten to him. 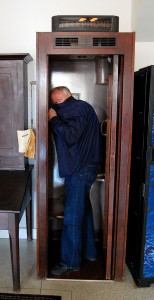 Turns out he’s an Intelligence Community Associate for the Bureau of Intelligence and Research, a branch of the State Department. (He’s still a Professor of Physics at Boston University, too.)

His job is to help the folks at the State Department make sense of science and technology. He carries around a photo of himself posing with the Secretary of State, Hilary Clinton to prove it.

I remember how frightening it was when Bill Clinton, a guy my age, was elected President. I’m not sure I’m much more comfortable knowing that somebody I ran around with in high school is blowing in the ear of the Secretary of State and the President of the United States, even indirectly. I would have hoped they would have picked the guy who got a full-blown E in Earth Science.

Jim’s eyes perked up when we spotted an old-fashioned telephone booth in the Scott County Courthouse. He couldn’t resist trying it on. It’s tough to find a place to change into your Superman suit when you have to jet off to save the world. If it comes up missing, Jim’s probably had it requisitioned for use in Washington, D.C.

I’ll have a much longer posting on Jim if and when he sends me  stuff I asked for long, long ago.