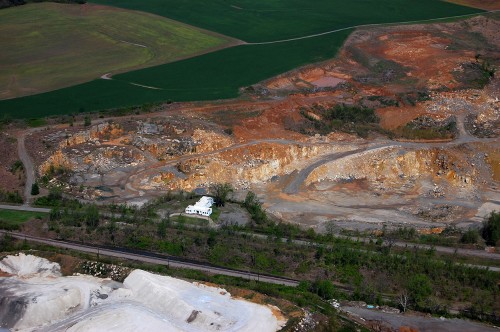 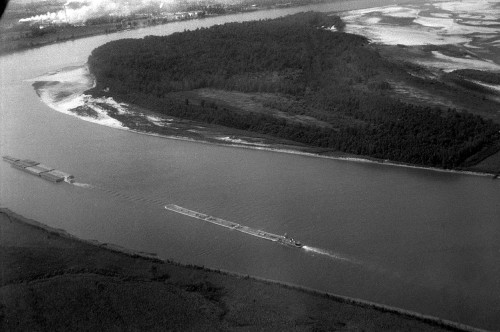 These northbound towboats pushing a string of barges were off Marquette Island south of Cape Girardeau when I shot them sometime around 1964. The white smoke at the top left is from the cement plant.

I’m still recovering from the data drive that went south. The backup restoration has been running for more than 24 hours and has recovered all but about 10,000 files out of 487,776. It’s still churning away, but because the rebuild is taking 99% of the CPU cycles, memory and disk access, everything else is running like that nightmare I have from time time time: the one where the bad guys are chasing me, but I’m running like I’m in a swimming pool full of molasses. I think I’d prefer that to a slow, non-responsive computer.

I hope things will be back to normal by Tuesday morning. 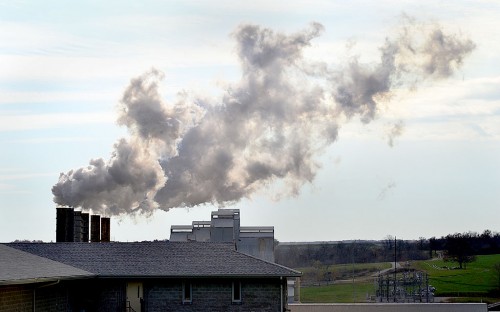 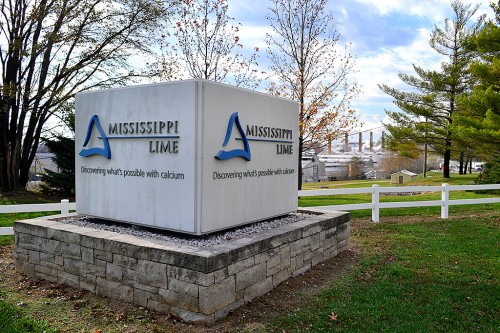 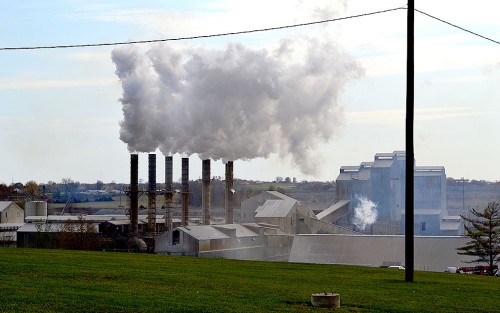 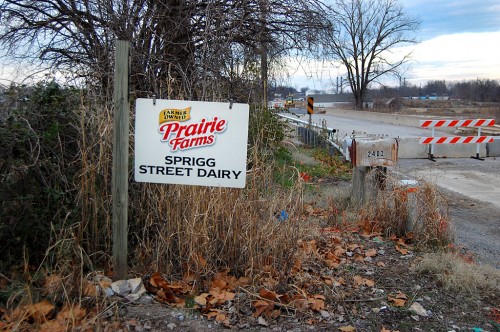 I always have to take a spin down South Sprigg Street to check out the cement plant and ride out to the Diversion Channel on what used to be U.S. 61 before I-55 was built. The trip has been complicated a bit by a huge sinkhole that’s closed the road off at Cape LaCroix Creek since the spring flood. (Click on any photo to make it larger.)

Where did that farm come from? 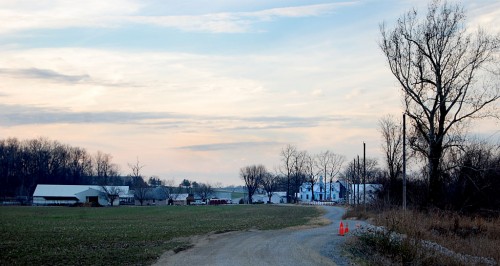 When I got to the bridge, I pulled into a road to turn around. There I saw something I’d never noticed before: an old farm house with a sign that read “Farmer Owned Prairie Farms Sprigg Street Dairy.” 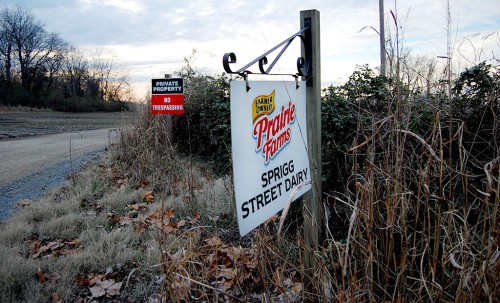 I’m pretty casual with No Trespassing signs if I think I can meet someone friendly. These signs were fresh and the light was about gone, so I figured I’d file this away for a future visit. I can’t believe I’ve never noticed that farm over the years.

Train in the distance 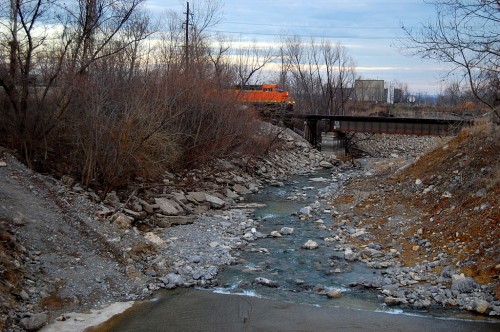 My attention was drawn to the train whistle of a BNSF freight. I hustled over to get a shot of it crossing the 1929 railroad bridge Niece Laurie and I photographed last year. 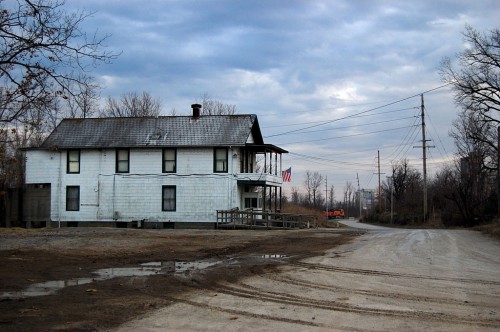 I swiveled to catch the train headed toward the cement plant with the old Federal Materials building in the foreground. The original Blue Hole BBQ was right across the street from this building. 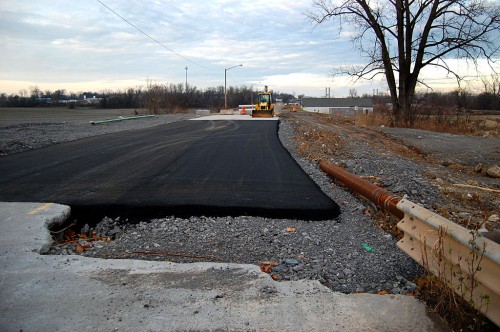 Looks like Sprigg Street is about to open. There’s only a little patch left to go. I wonder how long it’ll be before the street gets swallowed up again.