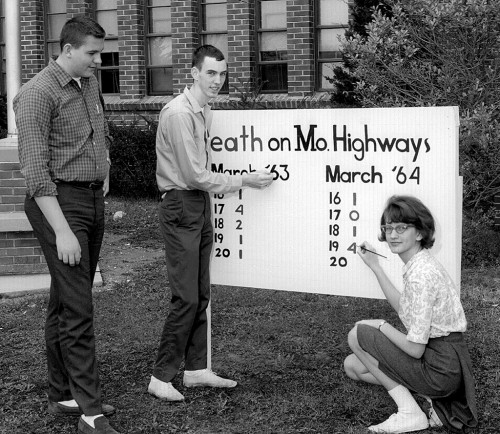 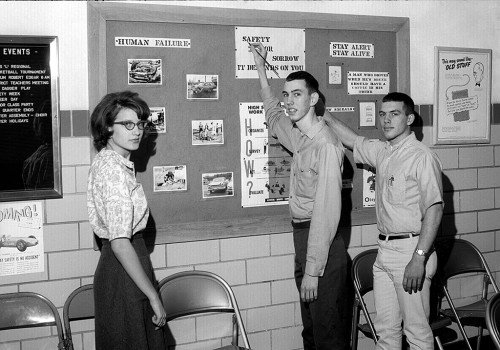 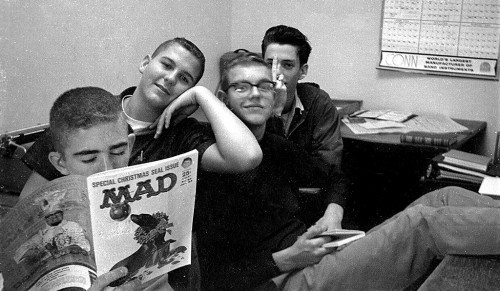 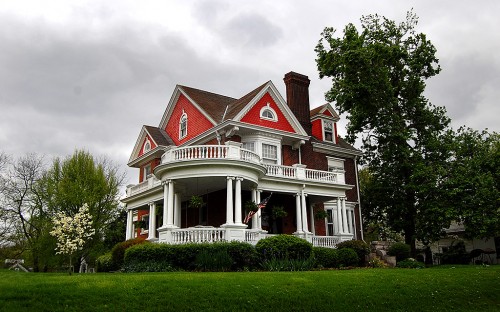 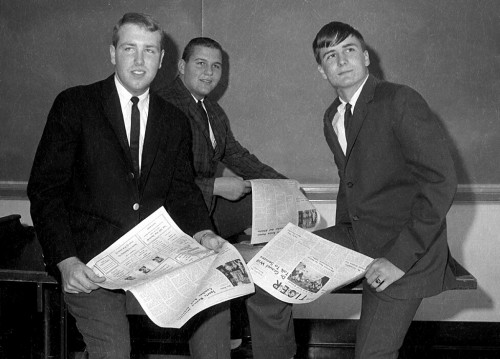 This photo of Tiger business managers ran in the 1965 Girardot. They are, from left to right, Steve Crowe, Al Spradling III., and Lee Dahringer. I mentioned them back when I was looking for someone to help me sell ads for this blog. 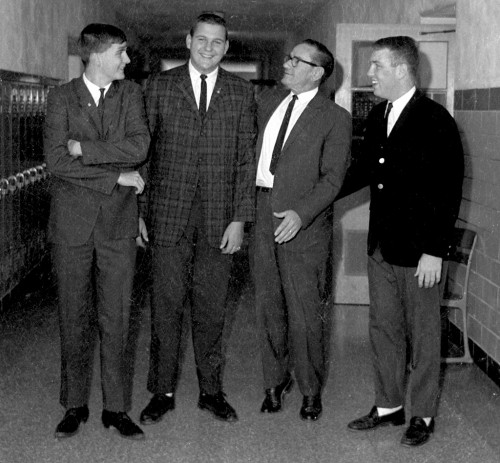 I don’t know the exact circumstances of this photo. The guys are wearing the same clothes, so I suspect that we thought to ourselves, “Well, that didn’t take too long to shoot. We’re excused from class, so let’s jet out of here for the rest of the period.”(I apologize for the quality of the negative. Years of improper storage has not been kind to it.)

That’s probably when we ran into principal Fred Wilferth. He could have busted us, but his style was to clown around, standing on his tiptoes to show the disparity between his height and Al’s. Sort of, “I’ve got my eyes on you boys, but nothing’s going to come of it if you head on to your next class.”

Wayne Goddard, assistant principal, played “bad cop” to Mr. Wilferth’s “good cop.” Even though Mr. Goddard was the school’s disciplinarian, I never heard anyone speak ill of him.

Stories about Al, Steve and Lee 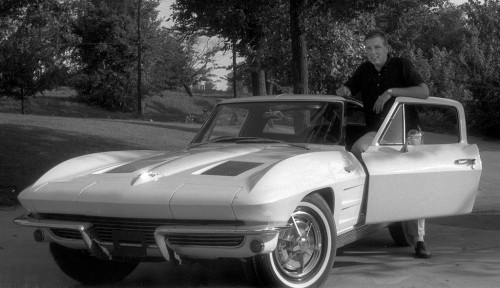 I had forgotten how many stories mentioned these guys