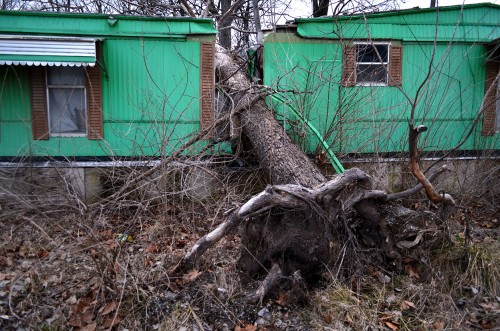 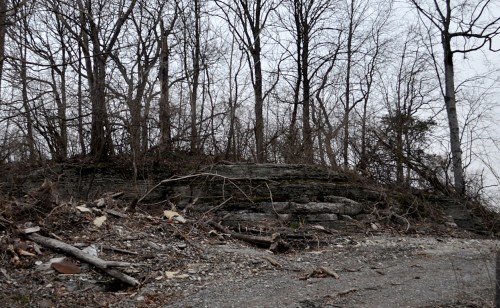 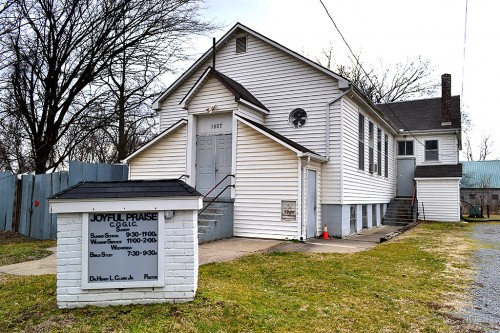 This small church at 1507 South Sprigg Street has served many denominations over the years. Currently it is the Joyful Noise C.O.G.I.C. 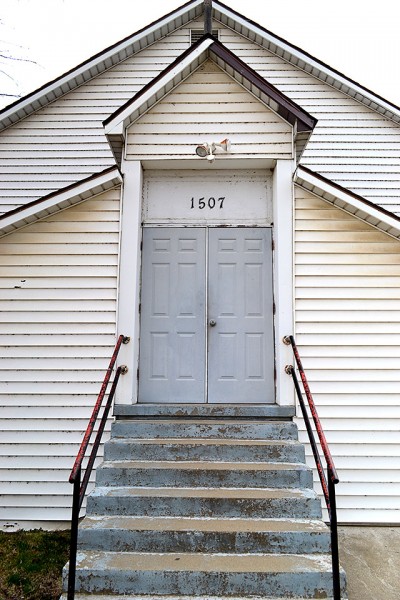 The 1968 City Directory and Missourian Church Directories as late as 1986 listed it as either New Bethel Church or New Bethel Missionary Baptist Church. I think it may have been a Catholic Church at some point, but I could be thinking of another building. 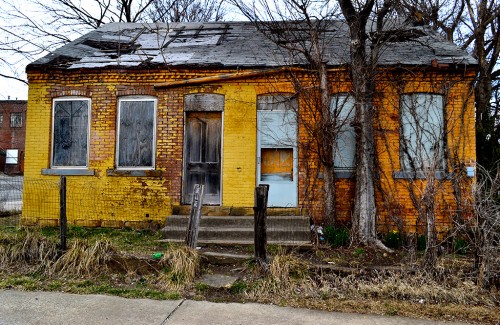 I love prowling alleys. You can find the most interesting things. Mother and I stumbled onto this old house between Good Hope and Morgan Oak Streets. It was 615 of some street that wasn’t identified in Google Maps, so I’m going to assume that it was an unnamed alley.

I must have missed it before because of all the foliage that grows up around it when the weather is warm.

UPDATE: This was Shinbone alley

You can read a little of the history of Shinbone Alley in this 2007 Missourian story (and see a Fred Lynch photo of the same house).

Not in the National Register area 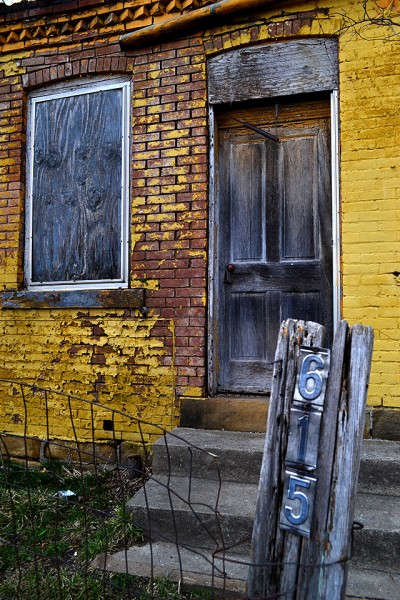 It’s technically not in the official Haarig Commercial District National Register of Historic Places  – comprised of a limited number of buildings in the 600 block of Good Hope Street and the 300 block of South Sprigg street – but it is still in the area that most of us would consider Haarig.

If you are not familiar with the term “Haarig,” I’ll point you to the National Register of Historic Places application. It will tell you all about this small German settlement inside Cape Girardeau.

When I cruised down Shinbone Alley on May 15, 2018, all that was left of the old yellow house was a vacant lot.

Here are some other shots of the old house. Click on any photo to make it larger, then click on the left or right side of the image to move through the gallery. If you have any information about the house, please chime in. 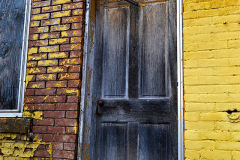 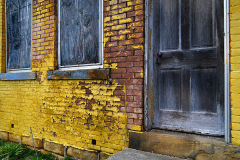 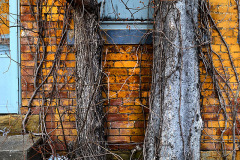 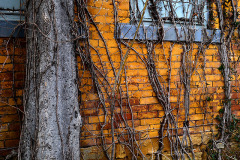 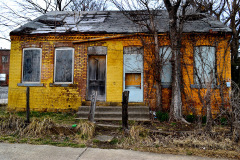 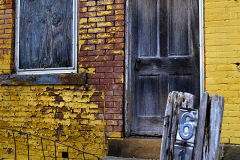 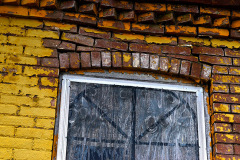 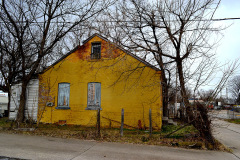 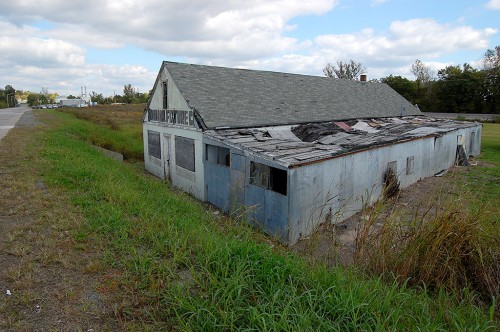 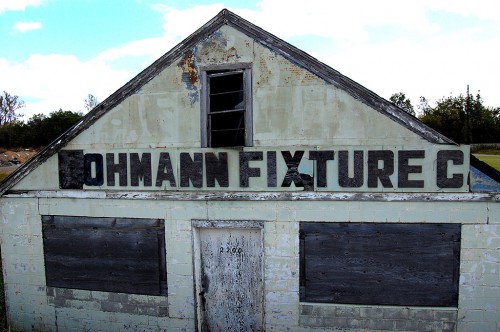 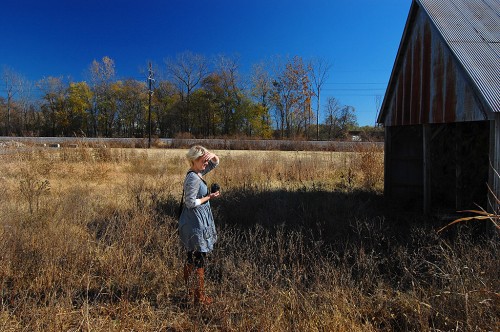 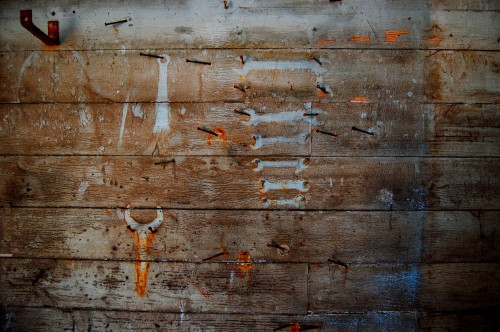 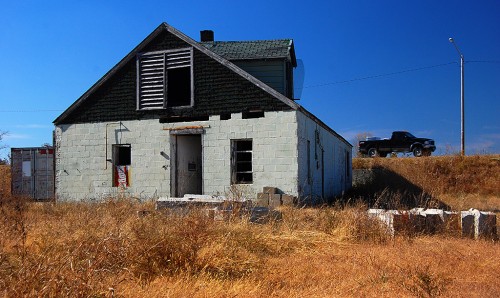 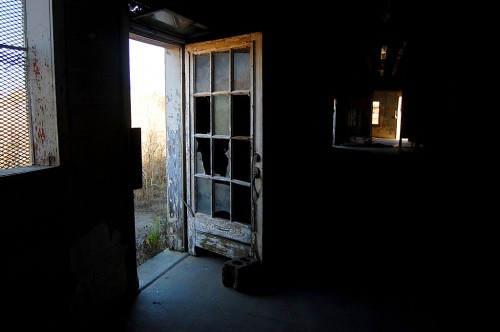 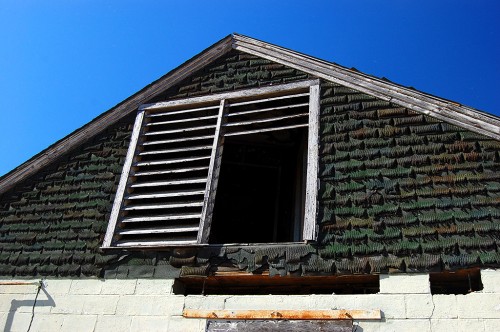 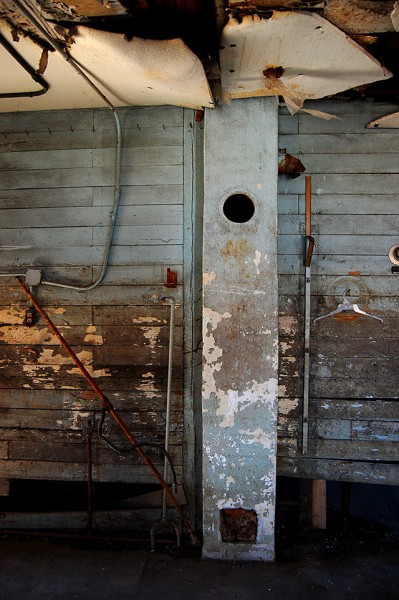