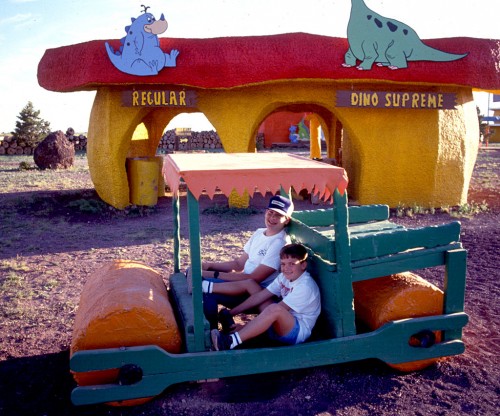 I was all excited in Cape when gas dropped to $3.03 in September.

I’m not sure what it was when Sons Matt and Adam pulled up at this gas station when we were on vacation in the Southwest in the summer of 1990. It’s probably good I didn’t need to put Dino Supreme in my Dodge Caravan.

This afternoon, Wife Lila and I passed a gas station in Palm Beach County where the gas was less than $2.50. That’s pretty good for us; our taxes usually make it about a dime a gallon higher here than it is in Okeechobee County, northwest of us. (I always buy a lottery ticket when I gas up at a station there. You know how it seems like it’s always some out-of-the-way place in a little town that gets a winner. I keep hoping.)

Gas station stories over the years 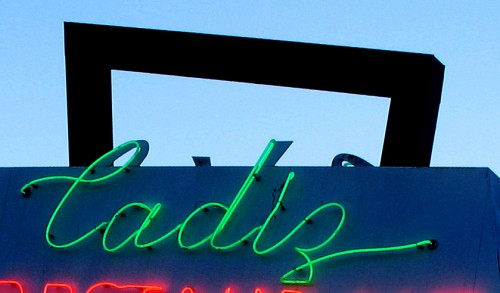 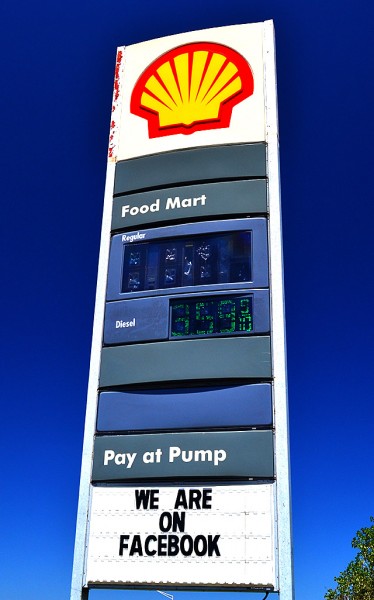 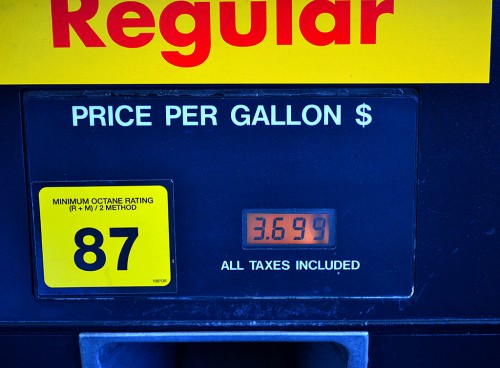