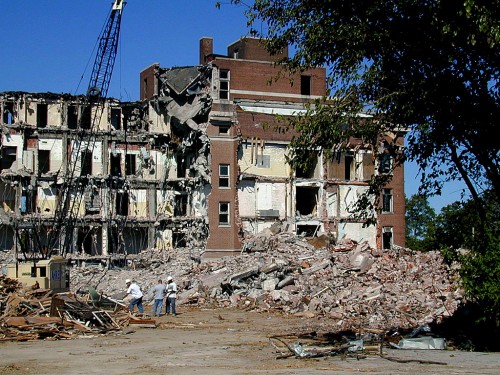 I happened to be in Cape when the old St. Francis Hospital was reduced to a pile of rubble in September of 2000. Somewhere, filed with my Florida film, are photos I took inside the hospital after it closed, but before it was razed. They’ll surface one of these days. 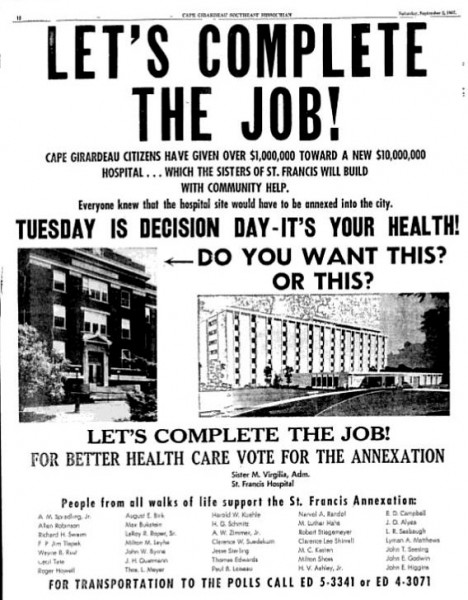 I ran across this Missourian ad from Sept. 2, 1967 calling out the vote for the St. Francis annexation. I’m assuming that was to annex the space where the present hospital complex is near William St. and Mt. Auburn Rd. 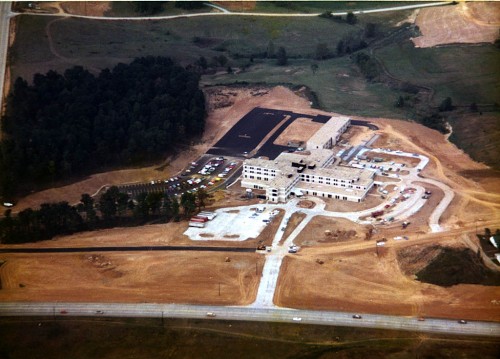 I shot this aerial of the new St. Francis Hospital under construction some time in the mid-70s, as best as I can guess. I had a hard time figuring out what the building was based on how it looks today.

When I called up a Google Earth shot, I could see this building buried in layer after layer of additions. 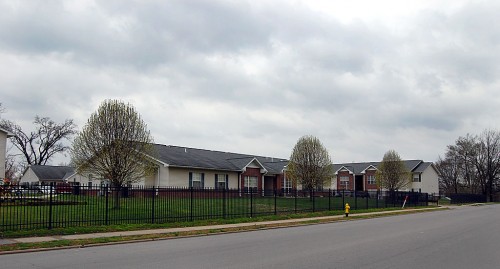 The Fort Hope Apartments occupy the old hospital’s space today.The low-income housing development was built in 2001. A Missourian story in 2004 said that single tenants at Fort Hope must make less than $23,040 a year. The income for a family of four must be no more than $32,880 a year. Monthly rents range from $240 for a single-bedroom apartment to $355 for a three-bedroom apartment.

Restricted access and no-nonsense management is credited for the complex being reasonably crime-free and well-maintained in an area known for problems. 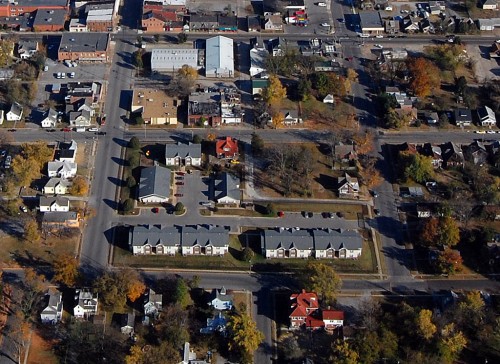 This aerial, shot in early November, has Good Hope St. on the left; Sprigg St. running across the top; Morgan Oak at the right; S. Ellis running acrossthe middle, and Pacific at the bottom.

The small, orange-colored  building on Good Hope across from the Fort Hope Apartments is the infamous office of Dr. Herbert, the man who gave me a wooden stick phobia. It was painted white in my generation’s day. The family living there now knew nothing about the building’s past.

Here are links to several stories touching on the hospital and the neighborhood.