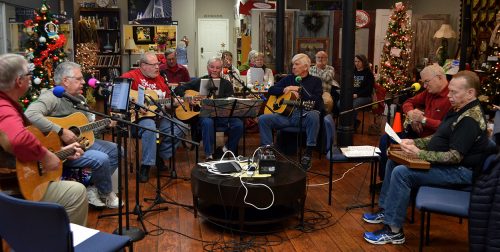 I love going to the Cape Girardeau County History Center in Jackson for their monthly traditional music nights, but I wasn’t sure about this one, which was billed as a Christmas sing-a-long.

See, I’m not crazy about Christmas music for good reason. When I was at The Gastonia (NC) Gazette or The Athens (OH) Messenger, I’d work my normal Christmas Eve shift, then load wife and cat in the car and head out for Cape. It was eight hours and change from Athens, and almost ten hours from Gastonia.

Younger readers won’t understand this, but cars didn’t always come with CD players, FM radios, satellite radios and portable MP3 devices. In fact, mine didn’t even have so much as an 8-track in it. That meant that we had 10 hours of nothing but fading AM radio stations playing Christmas music punctuated by static as we would go in and out of range. By the time we rolled into 1618 Kingsway Drive at midnight or 2 in the morning, my tank of Christmas music was overfilled.

Not your usual caroling 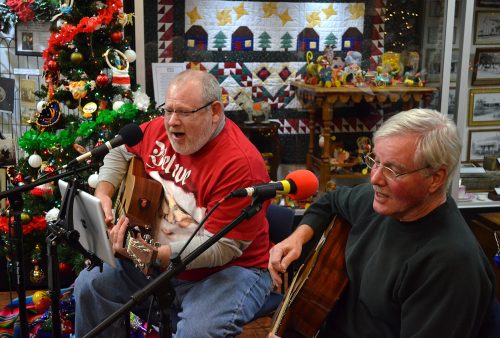 A lot of traditional songs were played, but they had music like Chuck Picklesimer’s account of Christmas tree harvesting documented in West Virginia Credit Card. I kept waiting for them to play a song I contributed to a company holiday mix tape: Chipmunks Roasting Over an Open Fire, but it must not have been on their list.

A ride through Jackson City Park 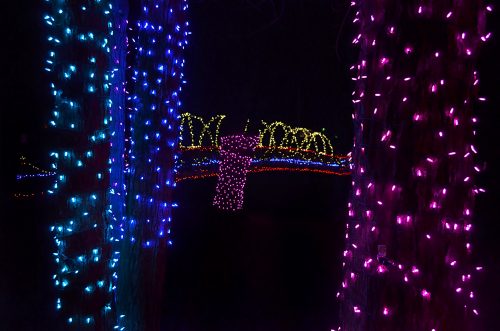 When the sing-a-long wrapped up, it was time to cruise over to the city park. I was impressed at how pretty Jackson’s City Park was decorated last year, but 2016 is even more impressive. (In case you’ve forgotten, you can click on any photo to make it larger, then click on the left or right side to move through the images.)

Even more trees had lights 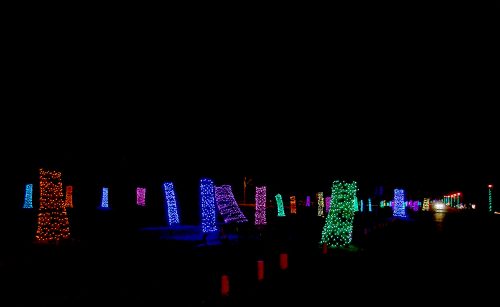 After leaving Jackson, I made a loop of North County Park, a traditional place to see Christmas displays, but I didn’t shoot anything. Maybe it’s because I’ve seen those displays so many times, or maybe it’s because I love seeing trees wrapped in lights rather than man-made exhibits, but I have to vote for Jackson as the place to go.

I turned on my digital recorder at some point during the pickin’, and captured the group singing all three verses of Silent Night. That sounded like the perfect background music for a drive through the Jackson Park.

(Ignore all the data streaming my at the bottom of the frame. That’s stuff my DOD Tech DOD-LS470W dash camera records. It’s pretty cool. It even has a GPS built in so I can overlay the information on a map. When I tie that in with the time stamps on my digital photos, it helps me figure out where a photo was taken.)

If you are feeling in the Christmas spirit, there’s a small, yellow DONATE button at the top of the page.

If you’re looking for gifts for your friends, the latest edition of Smelterville: A Community of Love is available at these local stores:

13 Replies to “A Jackson Christmas Carol”