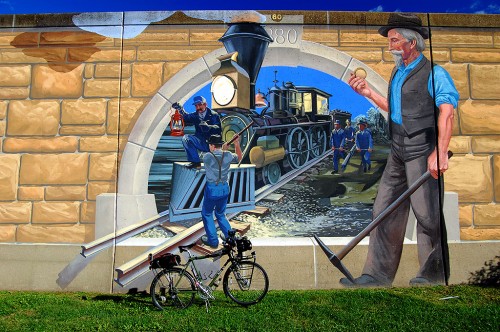 One of the rites of passage for kindergarten classes at Trinity Lutheran School was the ride from Cape Girardeau to Chaffee on the passenger train.

Here is a snippet of a family 8mm movie of what I think is my brother David’s class boarding the train and pulling away from the station. I think he’s the boy in the red shirt in the first few frames.

Notice the old-fashioned, steel-wheeled baggage carts near the depot. The movie was shot in the early 1960s.

21 Replies to “Train Trip to Chaffee”