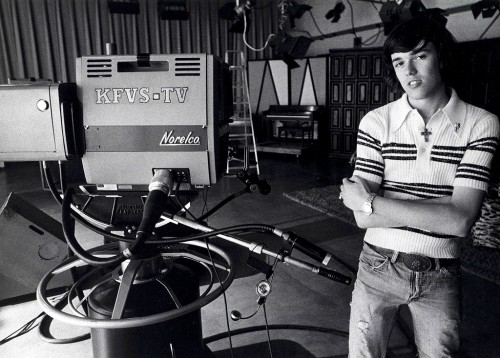 When my brother, Mark, was in high school or slightly older, he got a job at KFVS-TV. I’m still looking for some photos of him firing up the generator in the basement. When I find them, I’ll go into more detail about his career at the Cape TV station. In addition to his mechanical and technical assignments, he must have also been given the job of cleaning out old stuff that had been hanging around.

Cleaning out the closets

I can identify with that kind of tasking. I was given the assignment to dig into my closet to weed out all of the clothes that had managed to shrink while they were hanging in the dark. I don’t understand how a shirt or pair of pants that fit perfectly five years ago manged to get smaller on the hangar. The threads must contract or something. 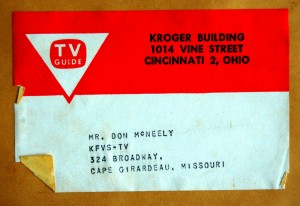 Anyway, I found an envelope on the bottom of a shelf that was addressed to Don McNeely from TV Guide.

Don McNeely was  a local TV institution. He started at the station in 1943 when he was 16. The station heavily promoted his 40th anniversary by handing out rain gauges and 5,000 umbrellas imprinted with the slogan, “Don Said It Would.”

He retired in 1993 after exactly 50 years of service at the KFVS.

When he started, the station didn’t even own a camera. When they DID start shooting film, it had to be sent to Memphis for processing. By the time it got on air, it was two or three days old.

There’s a good retrospective on him in The Missourian microfilm. He shows up on the roof of the station in these photos I shot of a Southeast Missouri State College Homecoming Parade in 1966. 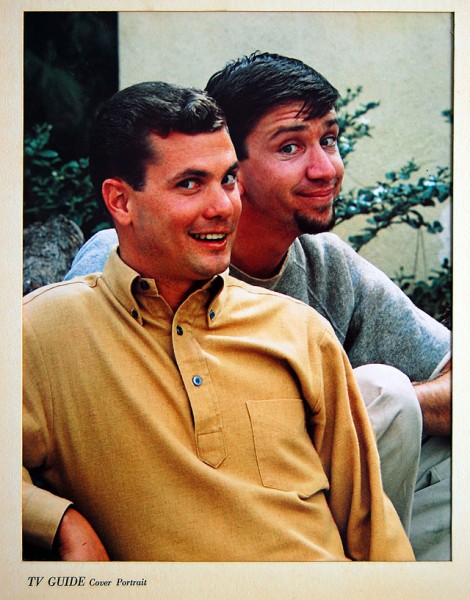 Inside the envelope was a 16×20 Kodak dye transfer promo TV Guide cover showing the stars of The Many Loves of Dobie Gillis, Wayne Hickman (Dobie Gillis) and Bob Denver (Maynard G. Grebs). A stamp on the back was dated Sept. 2, 1961.

I didn’t realize this was a Big Deal (and I’m sure Mark didn’t either or he wouldn’t have given it to me). 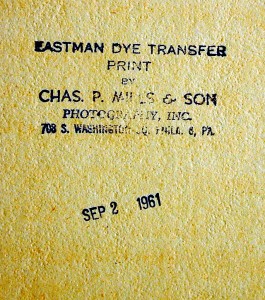 Here’s a description of the history behind the promo photos: “Every week TV GUIDE would do a new issue with a NEW cover. They would prepare these covers in advance, and do these large color EASTMAN DYE TRANSFERS and ship them out to their Regional Offices to hang on the wall. There were LESS than 20 regional offices. They would also give the local affiliate stations a copy, if the cover promoted one of their shows. (so maybe another 20 were issued for them). Sometimes, the execs would give out a promo copy, sometimes the star and production big wigs of the show would get a copy (so maybe another 20 were handed out).

The point I am trying to make is – these are very LIMITED production, and limited release. NOT available to the general public. RARELY seen on the market, if ever. All official estimates, is that these early ones were produced in quantities of LESS than 100 each! Color dye transfers are very high quality, true to life, bright, brilliant colors. An expensive process. These are QUITE large. Overall, matted dimensions are approx. 16″ by 20″. The actual picture itself is a bit bigger than the 11″ by 13″ that displays. If you collect this person, you would be hard pressed to find a more attractive or SCARCER item! Would be a fantastic piece to display with an original AUTOGRAPH! In the lower left, is printed TV GUIDE COVER PORTRAIT. This is not an add on, but is actually as issued. GREAT display piece.”

Photos around the same date go for $100 to $250. I was going to throw the print in the car to take back to Mark when I go home, but I may have to think twice about that. Maybe he DOES deserve it. He appreciates fine art. After all, he bought my Ohio University Art 101 sketchbook for $20.

18 Replies to “The Many Loves of Dobie Gillis”