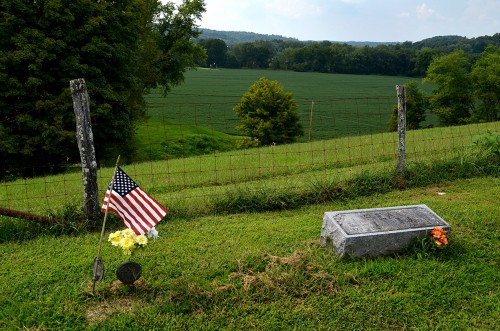 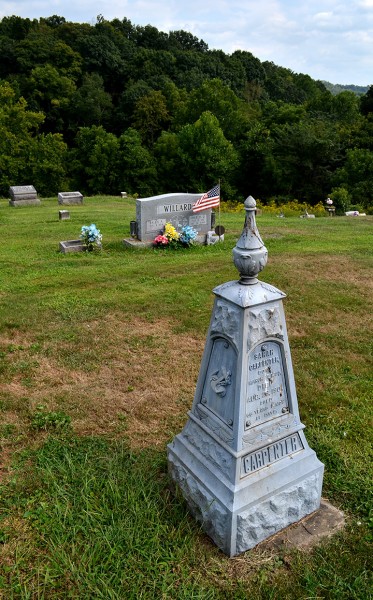 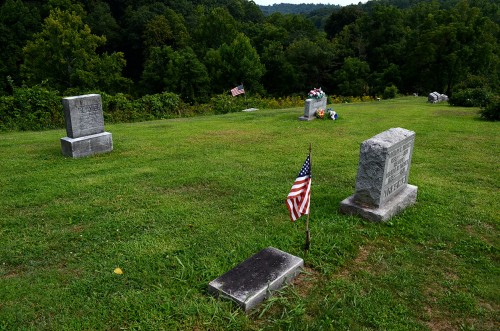 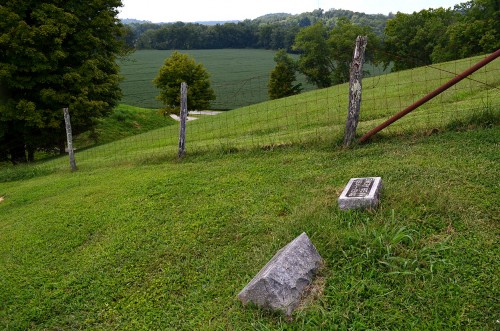 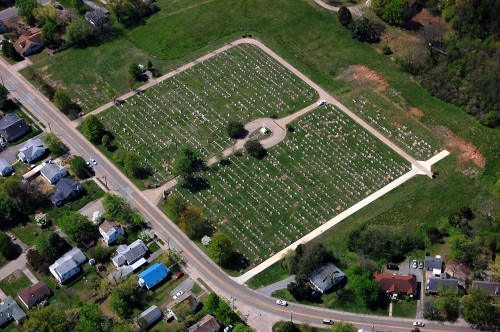 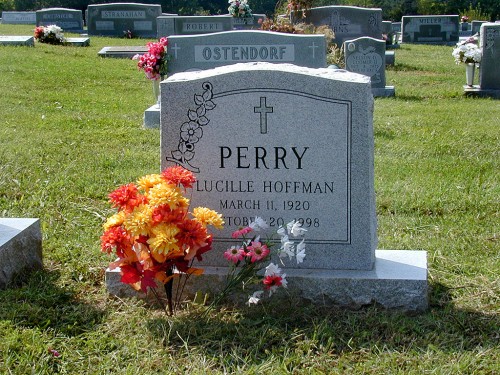 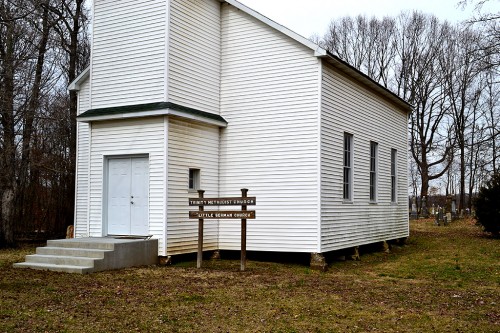 It looks like the foundation is made of field stones stacked atop each other with a little mortar to keep them in place.

What history he saw 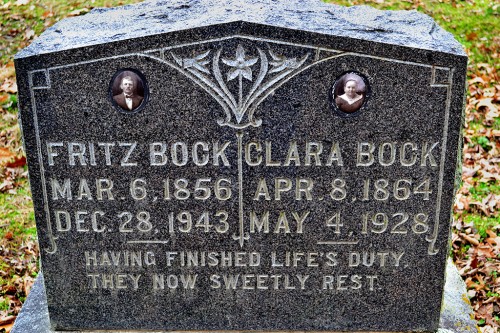 I was amazed at the birth and death dates on Fritz Bock’s tombstone: the man was born before the Civil War and died in the middle of World War II. THAT’S a set of bookends you don’t see often.

I don’t know any of the church’s history, but the FindAGrave website has a pretty complete listing of the burials behind the building. 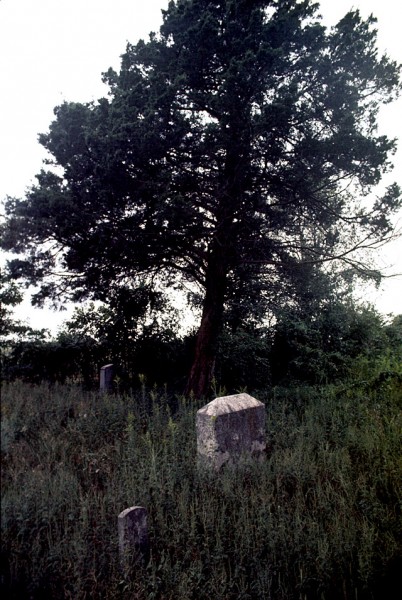 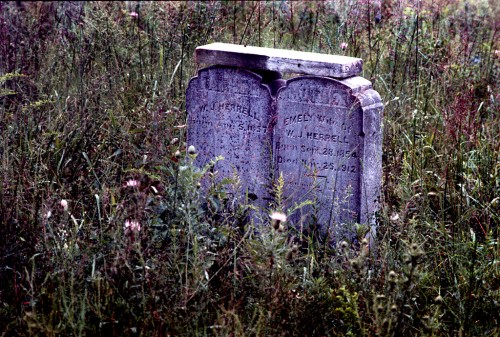 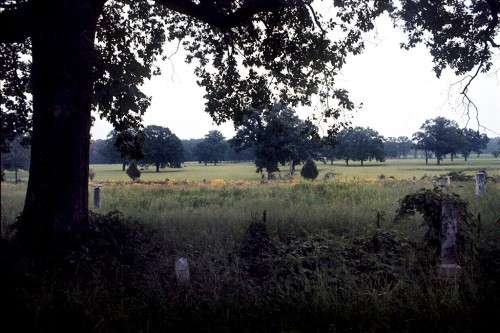 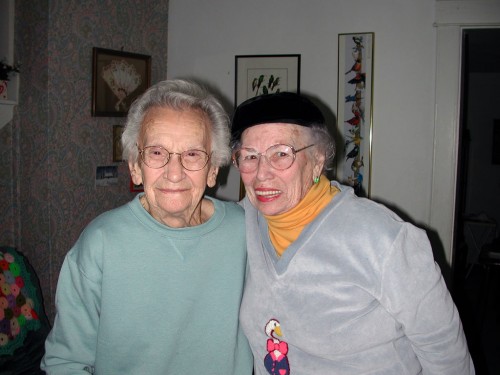