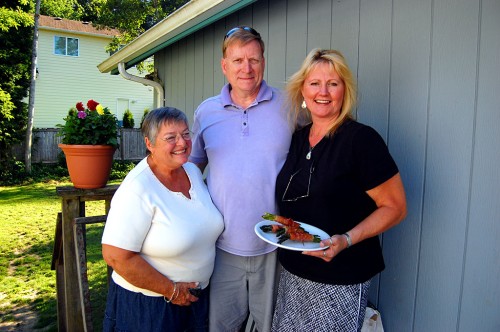 One of the things Wife Lila had on her to-do list when we hit Seattle was to look up Ralph Seyer, one of her eight Seyer cousins. We were supposed to meet Ralph and his wife, Debbie, at their home at 4:30 for dinner. We were standing in line for a quick snack when Ralph said he had gotten home early and we could head up any time.

We decided to leave the restaurant in the south end of Seattle and head up to his place in the north end. I have been stuck in traffic before, but I have NEVER seen miles and miles of traffic backed up as far as it is here. It is such a normal occurrence that the Tune-to-XXX-for-a-Traffic-Advisory-When-Flashing signs weren’t flashing.

I looked at my GPS, which gives traffic conditions in near real time. Every alternate road we could take (and there aren’t many) was as red as the one we were on. I never thought I’d see a city with traffic as horrendous as Atlanta, but Seattle just bumped it out of first place.

Ralph and the GPS cooperated in getting us to the right address the first time, even though we were warned that the place normally doesn’t show up correctly.

The meal was worth fighting the traffic 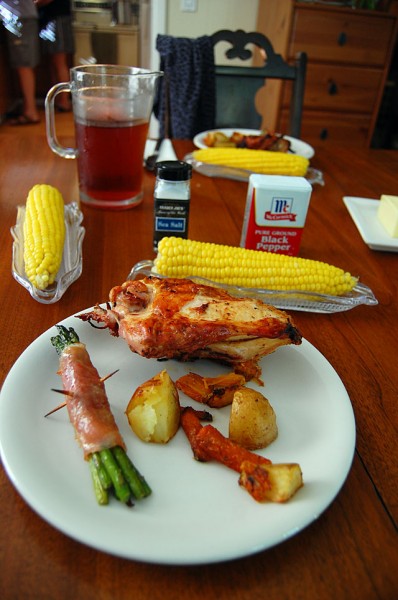 I’m not going to pretend that I’m a foodie like my friend Jan Norris. In broad terms, we had grilled chicken; fresh asparagus wrapped in prosciutto put on the grill; seasoned carrots and potatoes baked in the oven, fresh corn on the cob, and fresh blueberries and strawberries for desert.

Food photography isn’t my specialty. I’m always too interested in eating than shooting. This is how it showed up on the table. 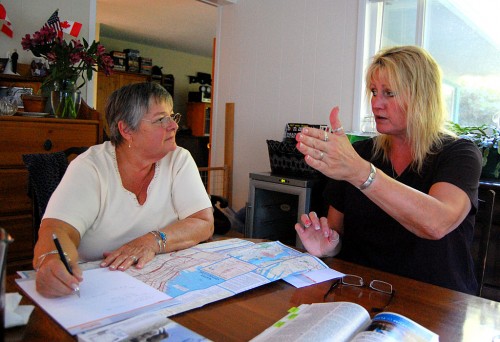 Ralph and Debbie gave us plenty of advice on what to see, what to avoid, how to get there and when we should go. Then they dropped a real time and money-saver on us: they offered us the use of their guest room for part of our visit.

We decided to stay in the south end of the world for the first part of our trip to go to places like Mount St. Helens and Mount Rainier, then concentrate on attractions in the north while we take advantage of their hospitality. 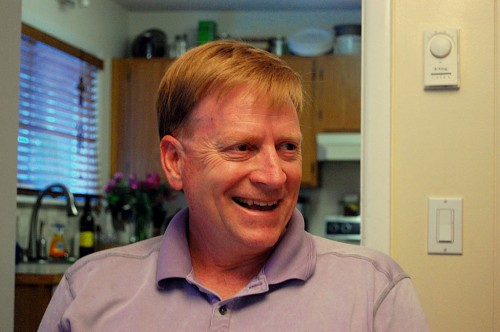 Ralph picked the Northwest because he liked the variety of climate and terrain. “You can be in the mountains one minute and the ocean in the next.” He should work for the chamber of commerce. The first myth he dispelled was that Seattle is a rainy city: it gets a lot less rain than many of the other major cities (then he listed them). Seattle can be cloudy, gloomy and have a drizzling rain, but it doesn’t have the deluges like Florida experiences. 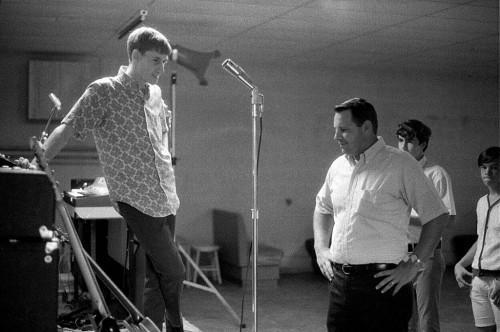 I was struck by how much Ralph of 2011 still looks like his brother, Dan Seyer, when he was playing with The Impacts at the Teen Age Club in 1966 or 1967.

Janette Seyer, Ralph’s sister, shows up at a “Nun Circus” at the old St. Francis Hospital. 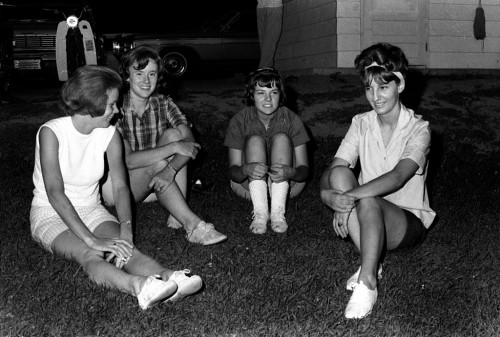 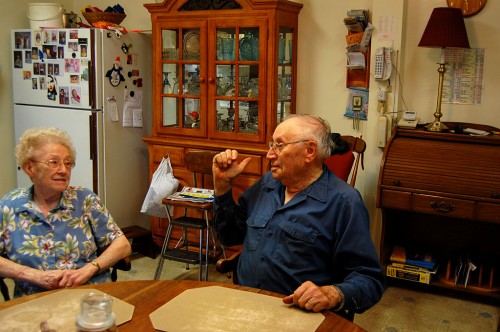 I spent the better part of a day with Wife Lila’s aunt and uncle (Ralph’s parents), Ray and Rosemary Seyer, last fall, talking about their experiences before Swampeast Missouri was drained. I have a massive video editing project in front of me before that’s ready to publish.

Ralph commented that his dad’s stories are remarkably consistent. “All of the facts may not be exactly right, but the stories haven’t changed a word over the years.”

11 Replies to “The Seattle Seyers”