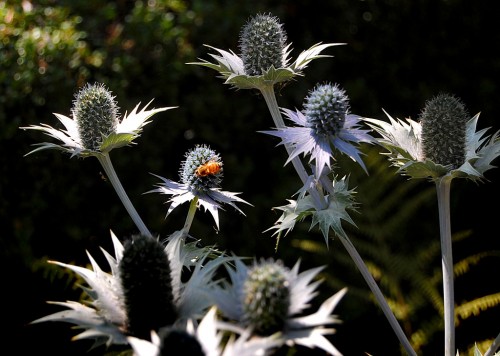 When we visited with the Seattle Seyers, Ralph and Debbie said we had to go see the Hiram M. Chittenden Locks. It had all kinds of things: fish ladders, unique boat locks and a beautiful garden. The best part was that it was free, except parking.

I have to admit that I was a little concerned about the parking when I saw a sign that said this was a high crime area or something equivalent. The sign didn’t worry me as much as the broken window glass littering the parking lot. I took all my camera equipment with me and stuck the GPS under the seat (like they wouldn’t look there). 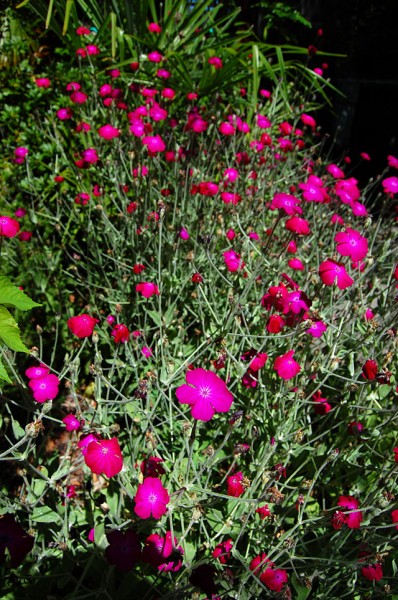 We were early for the guided tour, so we elected to wander through the Carl S. English Jr. Botanical Garden. The locks were built and maintained by the Corp of Engineers, which has a military mindset. It had parade grounds in mind when it came time to transform a gravel construction area into something more useful.

They hired Carl English in 1931 for the project. The Corps must have been distracted because English gradually transformed a manicured lawn into a world famous English estate style garden. 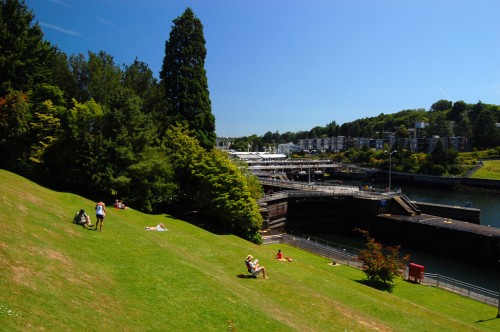 Working with little money, English established connections with other botanists and horticulturists all over the world to exchange specimens of trees and flowers. Ship captains going through the locks would drop off plants for the garden. 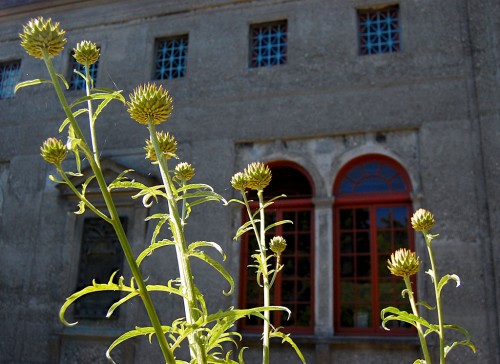 English heard about the discovery of a dawn redwood in China, something that was previously only seen as a fossil. He arranged to receive some of the first seeds ever shipped to the United States. Eight of these grow in the park today.

Click on any image to make it larger, then click on the left or right side to move through the gallery.