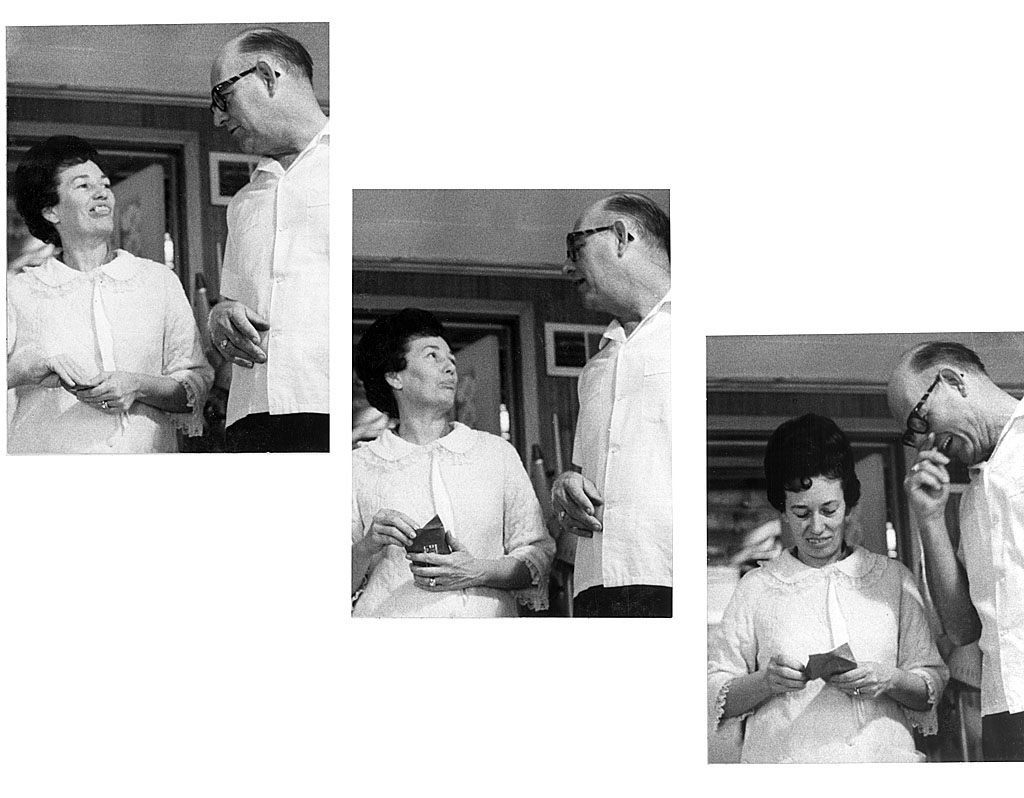 I ran across some snippets of letter between Dad and Mother mixed in with business correspondence.

My parents weren’t particularly demonstrative (maybe that’s where I got it), but they conveyed their closeness in shared moments and glances.

This series was part of a photo book I put together documenting Christmas 1969.

A letter from Mother 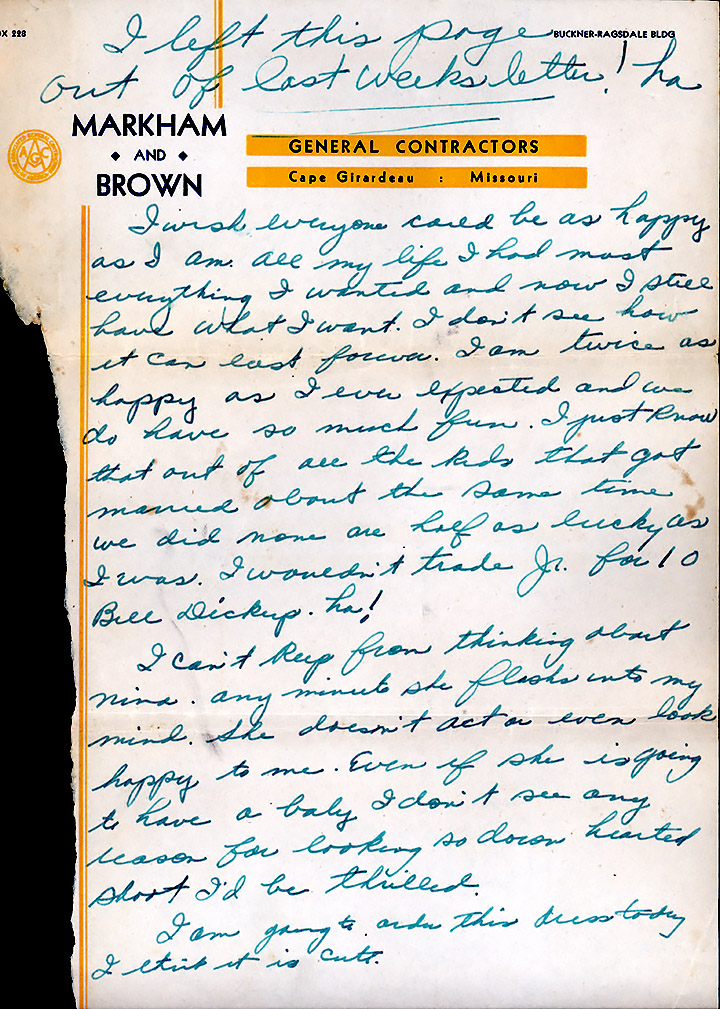 Based on the fact that it’s on Markham and Brown stationary, this must have been written shortly after they were married. I’m not sure if she sent it to Dad or to her parents.

“I wish everyone could be as happy as I am all my life. I had most everything I wanted and now I still have what I want. I don’t see how it can last forever. I am twice as happy as I ever expected…” 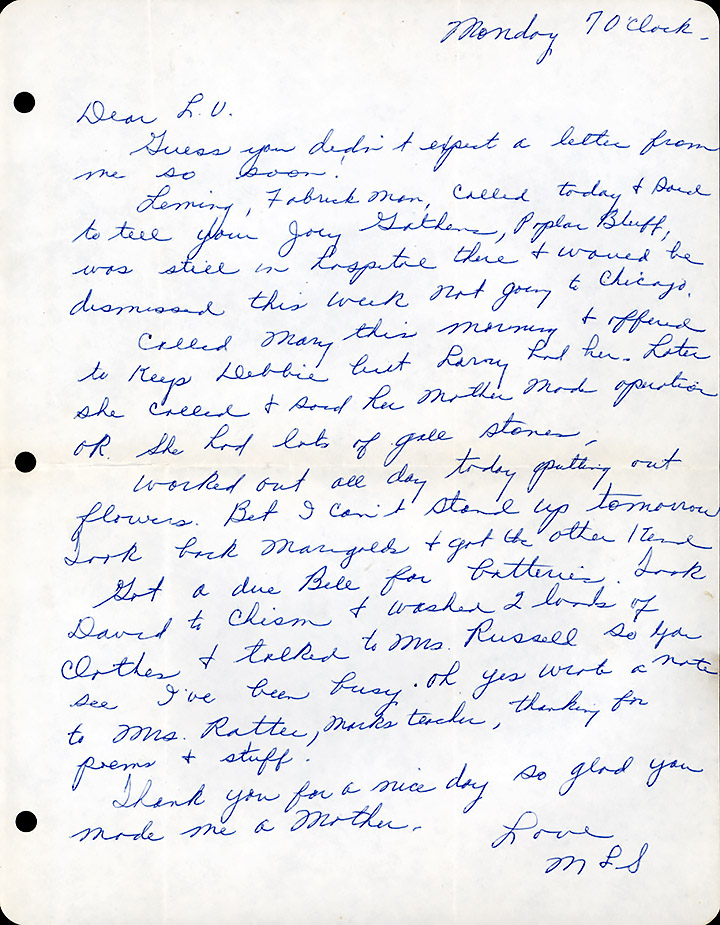 Newspaper writers constructed their scribblings in what was called the “inverted pyramid” style, meaning that the most import elements were at the top, making it easy for an editor to trim from the bottom if space was tight.

If you put the important thing at the bottom, it was caused “burying the lead (spelled lede in journalistic jargon). Friend Jan says I’m bad about doing that.

Anyway, in this undated letter to Dad, Mother lists all kinds of mundane things she had taken care of, then, in her buried lede, she says, “Thank you for a nice day. So glad you made me a mother. Love MLS.” 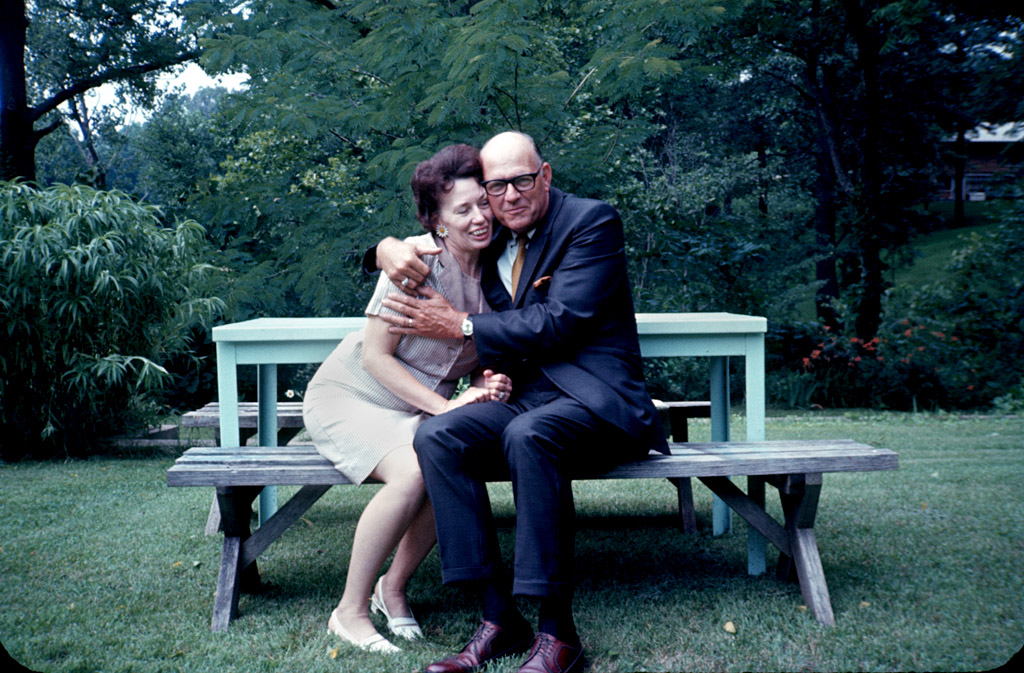 I wrote, “I don’t remember taking it, probably because the moment didn’t mean as much to me then as it does now. I often say that some days you make pictures; other days you make memories. This was one of those cases when I’m glad I made a photograph that lets me fill in a memory that I DIDN’T make at the time.”

That’s one of the shared moments I mentioned in the lede.

5 Replies to “Letters from Mother to Dad”