There’s been a lot of discussion about the razing of Washington School. Sometime in 1963, I shot these pictures of some kind of ceremony at the school. I’ll have to let one of you tell me what it was. A quick search of The Missourian’s archives came up dry. 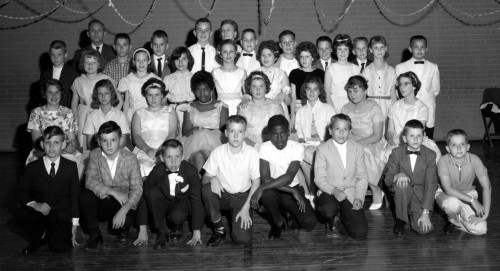 [Update from a reader: Roger Allgood, who is in the front row, fourth from the left, says he has an original print with my name rubber stamped on the back. He and Chuck Kennamer exchanged some emails to identify his classmates.)

You probably don’t recall, but I was only in the class from January till the end of the year. (I was also at Washington for about 3 weeks in 4th grade…we finally moved back to Cape in 1965).  For that reason, I had everyone sign the back of my picture!  So I have your back…and then some!

Thought you had Andrew White, the guy next to you!  Think he went by A.J. also.

Cheryl Ragland is the girl next to Lucy Gray (check your spelling, “a” vs. “e” in Gray).

Richard Margrabe is the guy on my left.
It is Steve Beeler (not Buening as I guessed earlier).
It is James Markret (not Markert as I thought)…I think he changed it back & forth.  Ha!
It is Elaine Burlbaugh (slightly different)
Paula Whittaker has 2 “t’s”

I think that completes the names in the picture, so now the “rest of the story”: 3 guys were not in the picture/at the party on May 24, 1963:

One more thing…the picture I have does not have the teacher Miss Misfeldt (slightly different spelling) or Mr. Blaylock!

All the names on my picture are signatures and they are even decipherable!!!  Best I can do for you.  Hope this helps! 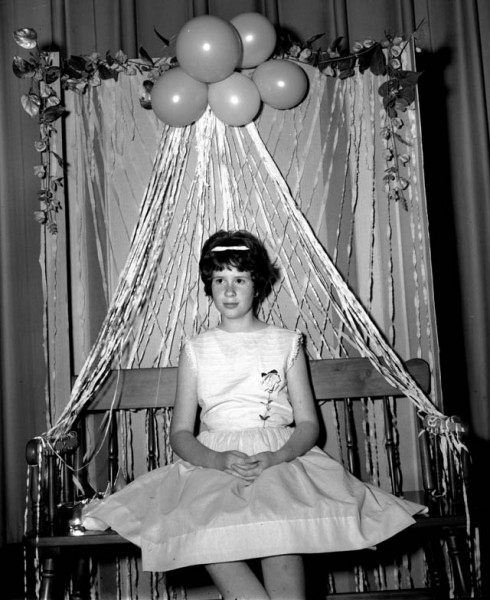 [Update from a reader: Sondra Cook cleared up the Hope Davis mystery:

Ken, your photo captioned Hope Davis is actually her younger sister Alison (or Jinx as we all knew her).  Both my mother and I attended Washington Elementary. Such a sad thing to see it demolished.

I’m going to leave the Hope Davis info in here

Even if my film was misidentified, I’m going to leave the Hope Davis info in this posting for those of us who remember her and not her younger sister.

The only frame that had a name on it was this one of Hope Davis. When I posted the pictures to the 1960s newsletter, Karen Webb McClendon (64) sent this update to the Dec. 6, 2009 mailing:

The Class of ’64 lost a wonderful friend and classmate yesterday. Hope Davis Peterman passed away November 29, 2009. I grew up with Hope. We went through Washington School together. She was a wonderful friend. She attended our 45th class reunion this past July. We all had such a great time. She taught at Central Jr. High. She will certainly be missed. Please keep her husband Neal, her children, her sister and extended family and friends in your prayers.

Check out that bow tie 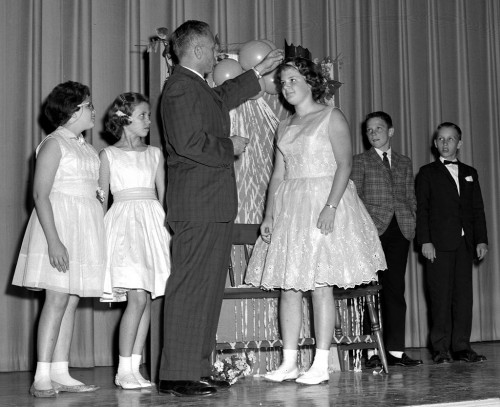 I don’t see how the Hope Davis in these elementary school pictures from 1963 could be the same Hope Davis that Karen referred to. The Missourian’s obit for Karen’s Hope Davis made her sound much older than these kids:

She was born Nov. 24, 1946, in San Diego, to Larry and Pauline Davis. She married Neal Frederic Peterman on June 21, 1969. They happily celebrated their 40th wedding anniversary this year.

She was a graduate of Central High School and earned a teaching degree from Southeast Missouri State University. She was a teacher at Central Junior High School. Hope loved teaching and, above all, she loved her students. During her teaching career she was a mentor, friend and inspiration to many young people. But it was perhaps Hope’s proudest accomplishment to be an outstanding mother and to raise her three children.

She was preceded in death by her parents; and a beloved daughter, Carrie Elizabeth Peterman. 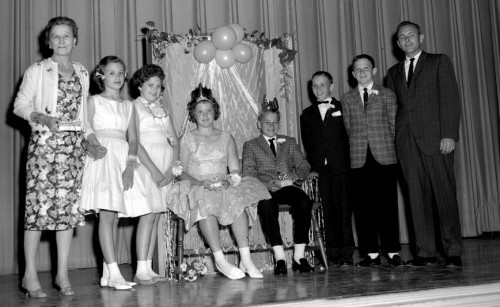 King and Queen (I suppose) 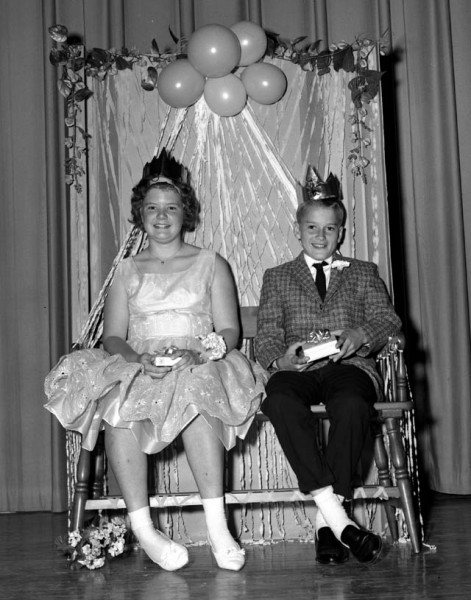 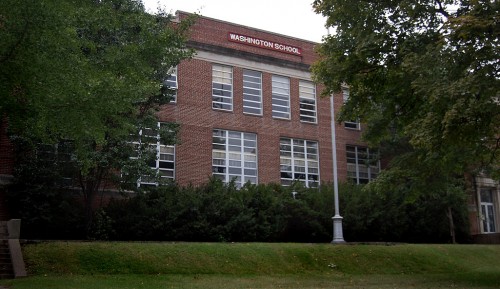 9 Replies to “Washington School Crowns Queen and King (I think)”