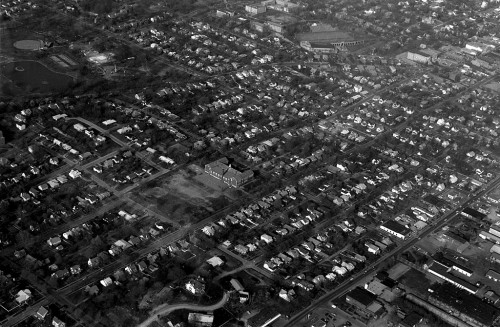 Longview AKA the Thilenius House

I ran some aerial photos of the neighborhoods around Capaha Park February 15, 2010, where I asked readers if they could identify the large white house at the bottom of the photo. It had a street or driveway that looked like a question mark leading to and around it. It looked like something I should remember, but I drew a blank.

You can see the original story and a flood of comments here.

Even though the home is only about two blocks from Cape Central High, is on the second highest hill in the city and has been there since 1870, I had never seen the place.

View from the south 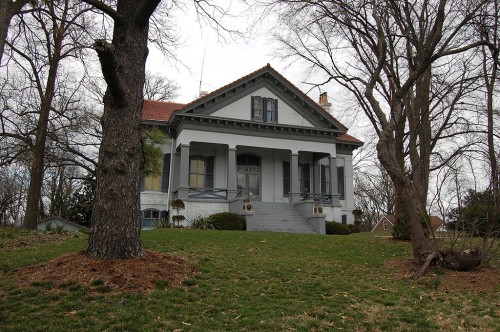 My Mother, who has been just about everywhere there is a where, said she had never been there, either, but knew “about” where it was. Her “about” was good enough. It was at 100 Longview Place, within about two blocks of Central and about two blocks from a house we owned on Themis St. long before Central was even a dream.

Longview Place, is a jog on what, otherwise, would be Whitener St. It’s south of Themis St, west of Keller Ave., east of Sunset Blvd. and north of Independence St. 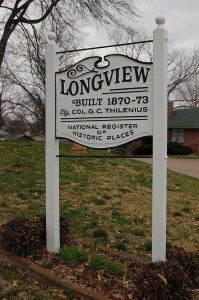 Fortunately for the curious, there’s a wealth of information about the property. Want a floor plan of the interior? Want to know about why red tile replaced the original wood shingles in 1926? (Fire.)

Want to know when the house was wired for electricity and received indoor plumbing? (1917.)

The application filed to have the residence listed on the National Register of Historic Places has all of that and more.

It’s available for download here. It’s a huge document that may be too large for folks who don’t have broadband internet connections. If you’re interested in area history, I’d encourage you to snatch it.

Here’s a hint: I kept getting error messages saying the file was damaged when I clicked on it like you would a normal link. That’s probably related to its size. Here’s what worked: 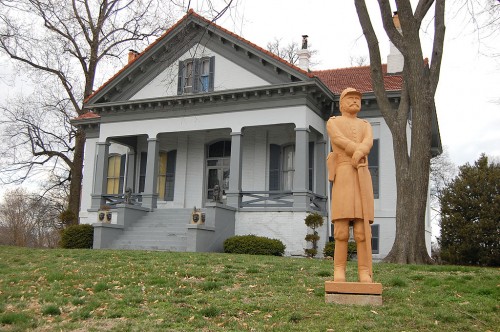 Some of the readers mentioned that they had seen or heard of a wine cellar on the property; others wondered if it had any connection to slavery.

Tidbits from the Register document

Longview from the west 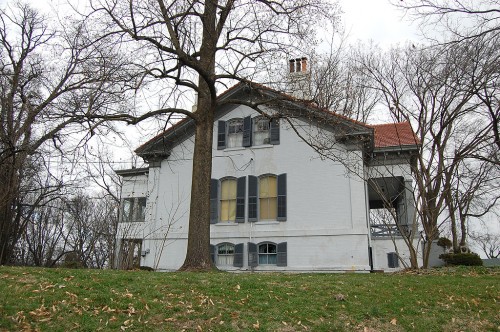