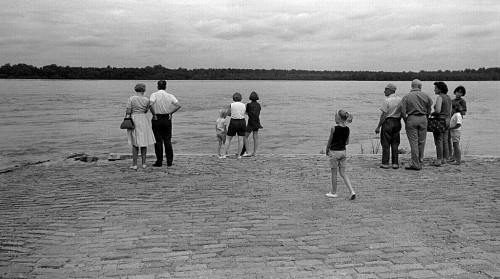 A shot similar to this ran on the front page of The Missourian June 26, 1967, along with a story headlined “River Keeps Rising.” Then, as now, people gravitated to the riverfront to experience the power of the rushing flood waters. (Click on any photo to make it larger.) 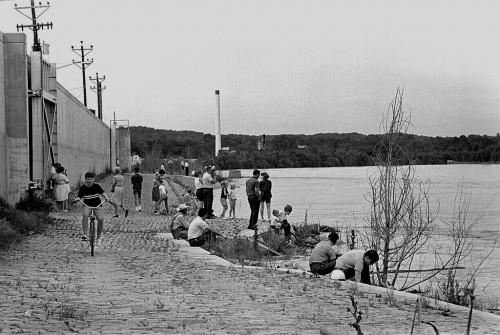 There are two Cape landmarks in this photo that you won’t see today: the tall, white smokestack at the shoe factory and the smaller stack at the power plant north of it.

The river’s coming up, but both floodgates are still open. 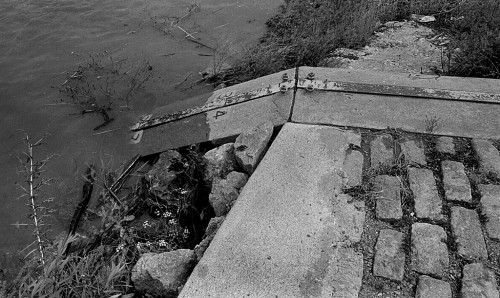 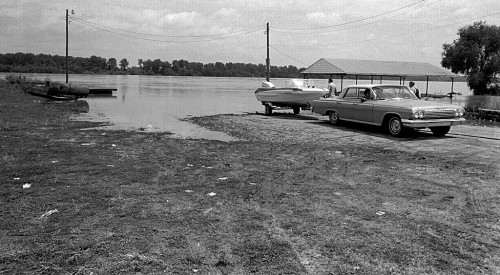 I must have worked my way north from the riverfront, because the rest of the roll was taken in that direction. Here’s a car getting ready to launch a boat at what was then called Honker’s Boat Dock in the Red Star District north of the shoe factory. 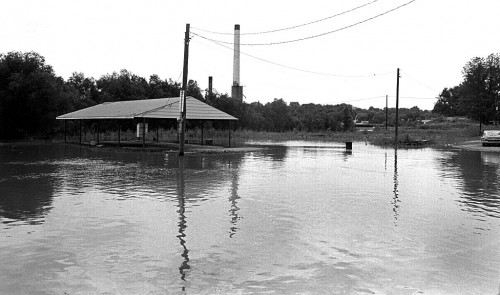 Here’s another view of the shoe factory smoke stack from Honker’s. I must have talked my way onto the boat that was being launched to get this angle. 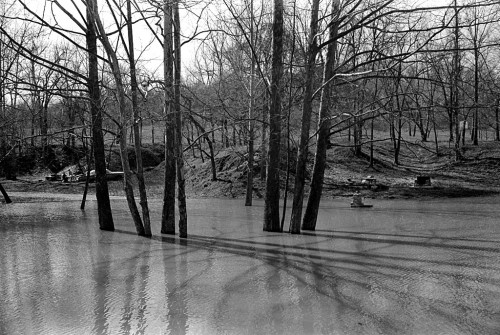 The next two shots are a mystery, but they look a little like Twin Trees Park. Can anyone confirm that? I know that a lot of you never saw the park in the daylight, so it might be a little tough.

Picnic next to the floodwaters 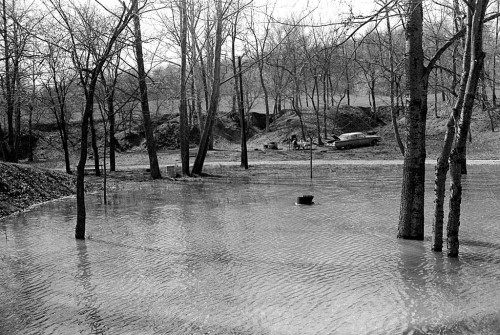 I don’t recall the land going up that steeply behind Twin Trees and I don’t see the railroad tracks that run behind it. If it’s not Twin Trees, where is it? 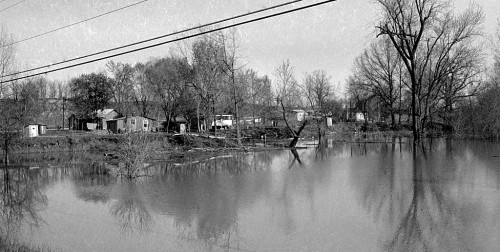 Need boat to get to garden, chicken and cow 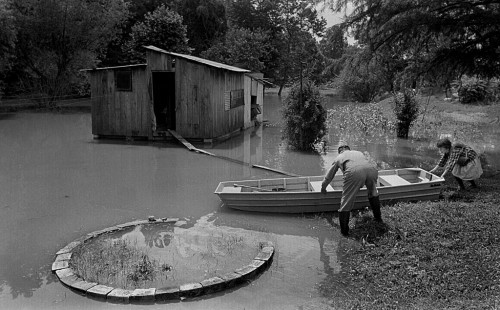 A similar shot in The Missourian says that Otis Phillps, East Cape Rock Drive, and his daughter, Becky, are forced to use a boat to get to their garden, chickens and cow. 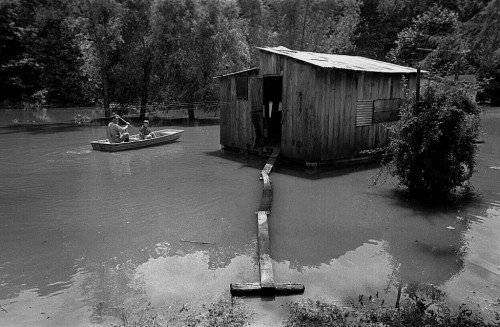 The photo caption continues: “The Mississippi River has backed into Cape Creek, causing the smaller stream to overflow into the Twin Trees Park area.” My topographic map doesn’t show a Cape Creek in that area, but there is a Juden Creek. Has it been renamed or did it go by multiple names like Cape LaCroix creek was also called 3-Mile Creek?

The same week, I did a story about a controversial dam farmers erected near Dutchtown to protect their fields.