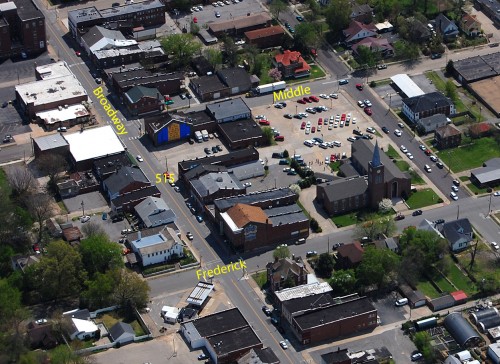 Reader Larry Points left a comment on yesterday’s story about Bob’s Shoe Service that set me off to do the research I should have done last night about businesses at in the 500 block of  Broadway:

Am I mistaken, or was Wissman’s barber shop in this location prior to Bob’s Shoe Service (or perhaps it was in a storefront that went away for the adjacent parking lot)? My Dad’s Parisian Cleaners was across the street at 510 Broadway.

Here’s aerial photo taken April 17, 2011, that shows the neighborhood in question. Bob’s Shoe Service is at 515 Broadway. Wissman’s Barbershop was were the parking lot is to the east of Bob’s. Trinity Lutheran Church is at right center. Annie Laurie’s Antiques is the white building on the northeast corner of Broadway and Frederick. Shivelbine’s is across the street from Annie Laurie’s.

Taken from stories in The Missourian: 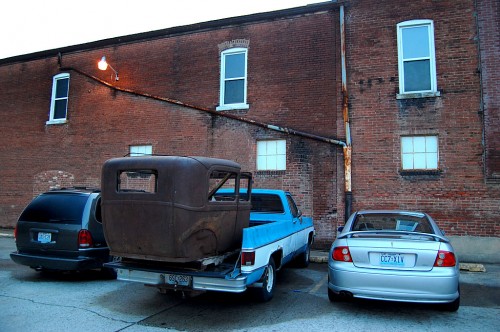 A number of buildings were torn down on the south side of the 500 block of Broadway to create this parking lot. This photo is looking west toward Bob’s Shoe Service at 515 Broadway.