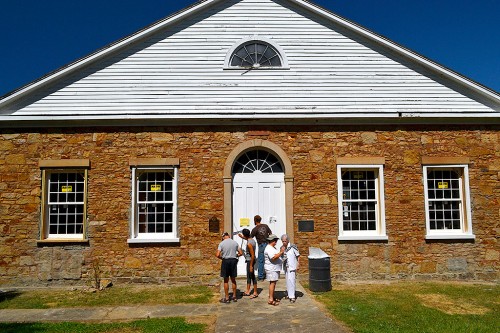 The Thebes Courthouse is on the list of places that out-of-town guests get to see. I took Spokesrider and his wife there when he rode his bike from Michigan to New Madrid. Today it was Bob and Claire Rogers from Arizona who got the tour. I worked with Bob at The Athens Messenger in the late 60s. You’ll hear more about him as the week goes on and I drag him to all my favorite haunts. 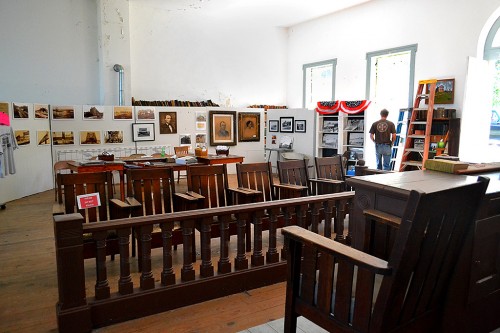 The museum wasn’t open, but we heard noises inside while we were on the balcony overlooking the Mississippi River. Claire peeked through a crack in the door and saw that the main door was open. Never missing a chance to walk through an open door, we did just that. I was surprised to see how well the place had been fixed up. The last time I was inside the building in the 1960s, the place was empty except for a bust of Lincoln in one of the windows. 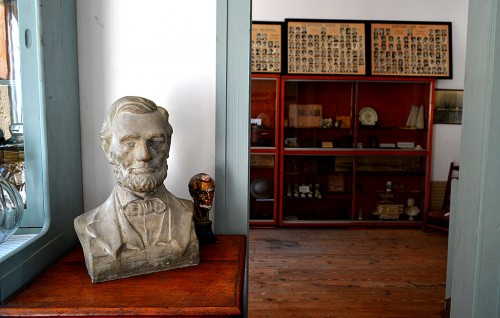 I don’t think this was the Lincoln I saw, but he still looks nice in the window’s light. The Thebes Historical Society has been working hard to preserve the old building, and their efforts are showing. We were lucky to get a sneak peek. The organization’s website says the museum will be closed for awhile to replace some windows and do other repairs. You can check it to see when visitors are officially welcome again.

Other stories about the Thebes: