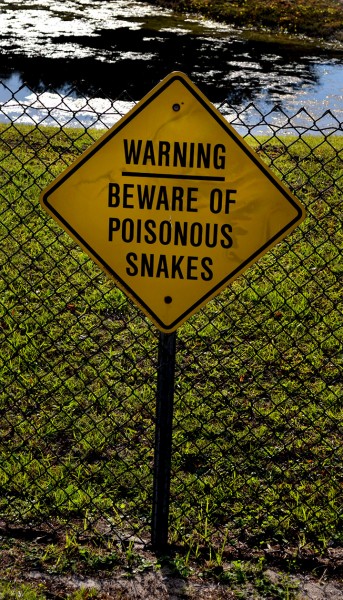 Well, I’m back home after leaving the first part of July for Missouri and Ohio. I had enough energy to empty most of the van, but not enough to set up my desktop computer equipment. Don’t expect much from me.

A workman saw me taking the  photo and explained the area was infested with water moccasins. “Another guy was doing some trimming with a weedeater the other day and got into a nest of three of them about as thick as your wrist. They came up striking.”

“That sign’s not quite as scary as the one at the Welcome to Florida rest area when you cross the border,” I noted.

“Really? What does it say?” he asked.

He gave me a smile and went off to wrestle with water moccasins or something. 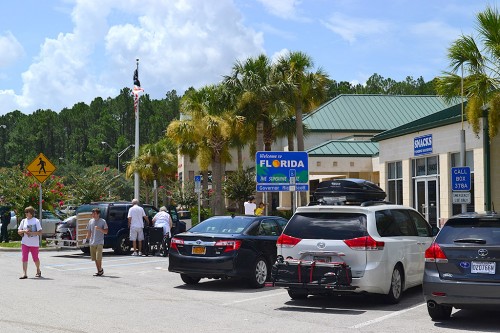