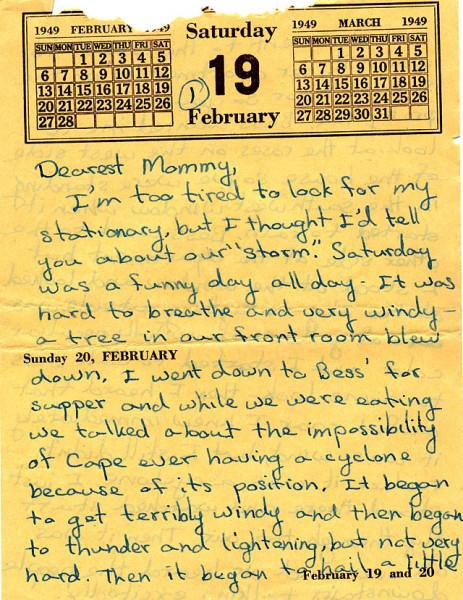 My readers usually know more about Cape history than I do and they’re good about sharing their knowledge. This contribution stopped me cold. It’s an account of the May 21, 1949, tornado that killed 22 people, hospitalized 72 and injured hundreds, written by a pregnant newlywed to her mother on pages torn from a day calendar. I’m reprinting it here with the family’s permission.

Gallery of the Tornado letter

I’m going to present the letter in two forms: as a series of photos of the pages and as a .pdf document that you can download in its entirety so you can read it at your leisure. Click on any image to make it larger, then click on the left or right side to move through the gallery. 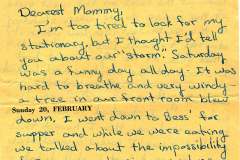 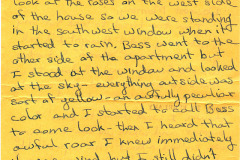 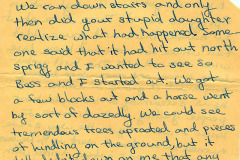 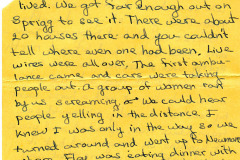 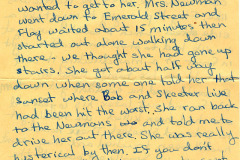 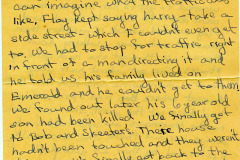 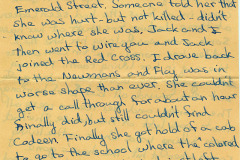 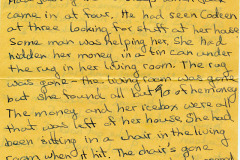 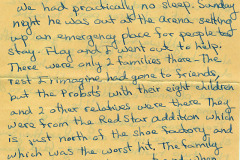 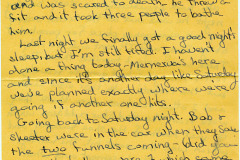 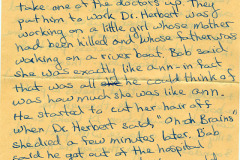 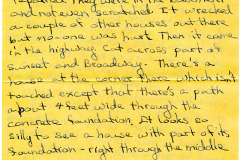 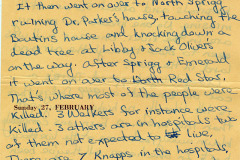 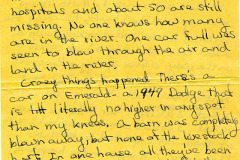 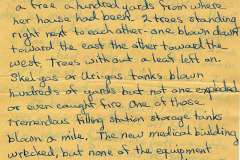 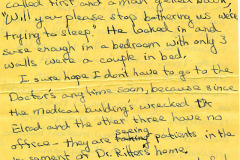 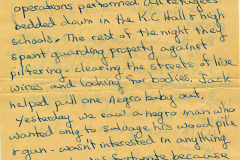 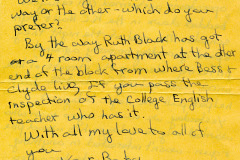 Letter in a downloadable form

Here is a copy of the 18-page letter in a single file: 1949 Tornado Letter by Kathrine Lamkin. You’ll need Acrobat Reader version 7.0 or later to open it. The file is fairly large, so I wouldn’t try to get it if you don’t have a broadband connection. If right-clicking doesn’t open it, right click on the link and chose Save Link As. Depending on your monitor, you may want to view it at about 125%. Save the file if you want to read it later.

The writer was Kathrine Porter Russell Lamkin. She died Aug. 27, 2009, just a few days short of her 83rd birthday.

She was a society deb, pictured in Life Magazine’s Oct. 28, 1946 photo display of the Veiled Prophet Ball in St. Louis. (I’m sorry that I don’t know which specific photo she’s in.)

She attended Washington University, where she met John T. “Jack” Lamkin after he had returned from World War II.. They were married Nov. 6, 1948. She was pregnant with Central High School classmate Tucker Lamkin when she wrote this account of the storm.

You can read more about Kathrine “Po” Lamkin her in her obituary in The Missourian.

The Southeast Missourian did a good job of pulling together photos, reprints and stories from the 1949 tornado. Rather than rehashing what they did, I’ll get out of the way and let Mrs. Lamkin’s letter and The Missourian retrospective speak for history.

Thanks to the Lamkin family for sharing this first-hand account of one of Cape’s biggest tragedies.