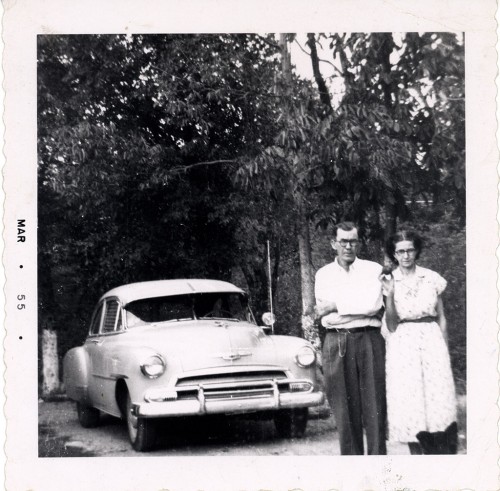 I ran across a photo of neighbors Bob and Mary Tinker in an American Gothic pose. The date on the side of the print – March 1955 – means it was taken just about the same time we moved into our house at 1618 Kingsway Drive.

Mary is holding something in her hand, probably something she grew in her garden. (Click on the photos to make them larger.)

Check out the spotlight

Lots of cars of that era had spotlights. Even our 1959 Buick LaSabre station wagon had one integrated into the driver-side mirror. I thought it would be great for reading street signs and addresses, but it never worked.

If you went the drive-in movie, as soon as it got dark, impatient patrons would fire up their spotlights and start playing fox and hounds on the movie screen. Shortly after that, horns would start honking to wake up the projectionist.

How I remember Mr. Tinker 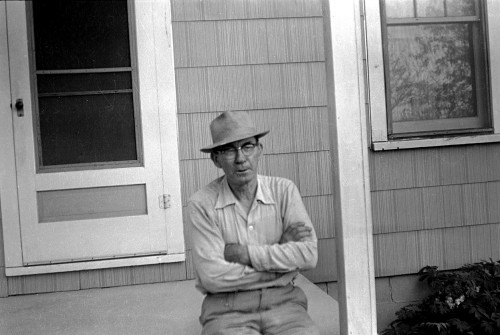 I almost didn’t recognize Mr. Tinker in the top photo because he almost always had a hat jammed on his head like here. 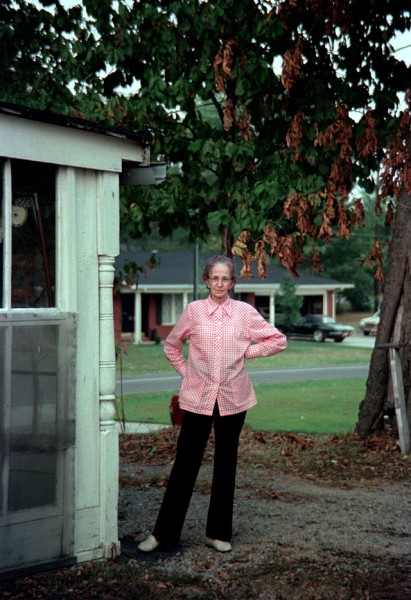 The Tinkers and the Grays, who lived just down the street from them, were great neighbors. This was taken in back of the house.

One of the oldest houses 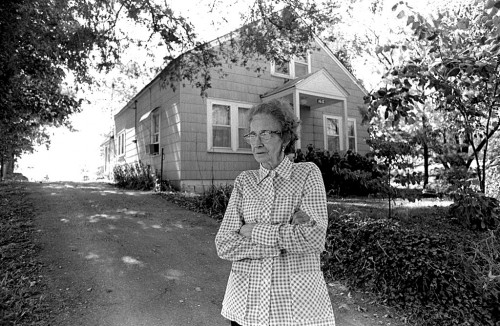 The house at 1617 Kingsway Drive, is the oldest on the block, and the only one still standing of the original ones from the days when we were outside the city limits.

The Boltons live there now 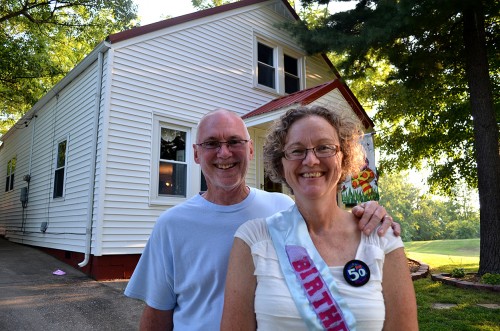 Bill and Rhonda Bolton live there now. The house still looks from the outside a lot like it did in 1955, but Bill and Rhonda have made a lot of improvements to it. No matter how long they live there, though, we’ll always refer to it as “The Tinker House.” 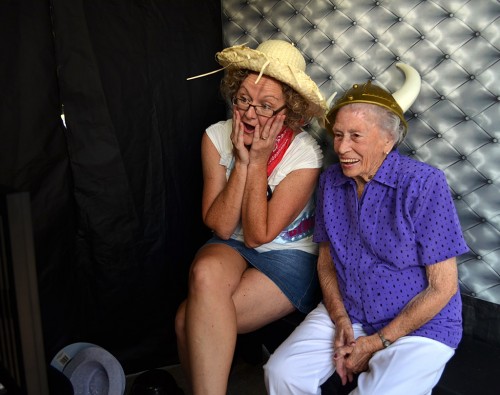 Mother had a blast at Rhonda’s birthday party in 2014. We all took a lot of comfort in knowing they were up on the hill keeping an eye on her.