Almost every kid in Cape had a crack at radio and / or TV fame. I can remember going to the KFVS radio studio to sit on Santa’s lap and to tell him (and the whole world as I knew it) what I wanted for Christmas.

There was a local radio quiz show called Know Your City Quiz that would ask questions about Cape’s history. I’d sit there with my second-grade-level picture history book frantically rooting for the answer to such questions as, “When did Cape get its first fire engine.” The book had all kinds of stuff about some guy named Washington crossing some river in the middle of the winter, but not important stuff like Cape’s first fire engine. (What was that guy doing standing up in the boat, anyway? Even I knew enough not to do THAT.)

Dad set up the family’s 8mm camera to record the moment off the Zenith television in the basement. For what it’s worth, he had a guy working for him who could read code who pronounced my transmission flawless. I’m not sure who the Scout was looking in awe over my shoulder. 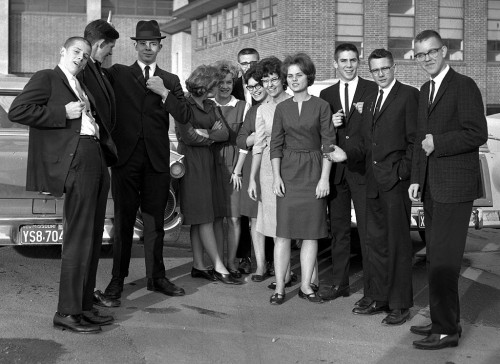 A couple of years later, John and I  traded in our Scout uniforms for suits and ties to be undefeated members of the Central High School Debate Team.

Here’s a bunch of us getting ready to wreak havoc on the teams from the smaller schools in the area. That’s John on the right. I’m to his left. I see, in no particular order, Mike Daniels, Rick Meinz, Andy Scully, Shari Stiver, Vicky Roth, Jim Reynolds, Becky McGinty and Bill Wilson, among others whose names are lost in the fog of years.

We didn’t make it as the Three Counts 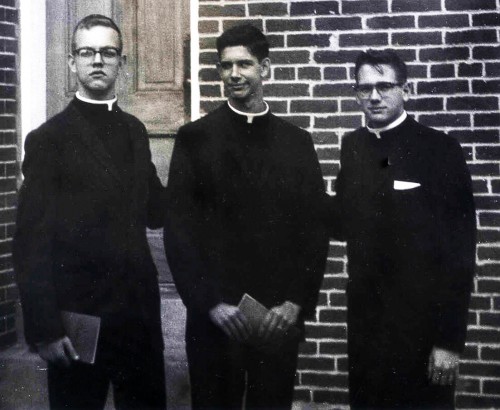 I’ve run this before, but some pictures deserve to be resurrected from time to time. John, Rick Meinz and I got dragooned into dressing up like this for a church play at Trinity Lutheran Church.

Someone Higher Up (well, not THAT higher up) cut my best line, “We’re the Three Counts: Count de Bills, Count de Checks and Count de Change.” I lost enthusiasm for my part after that. Heck of a note when the only line you can remember from a role is the one they wouldn’t let you deliver. 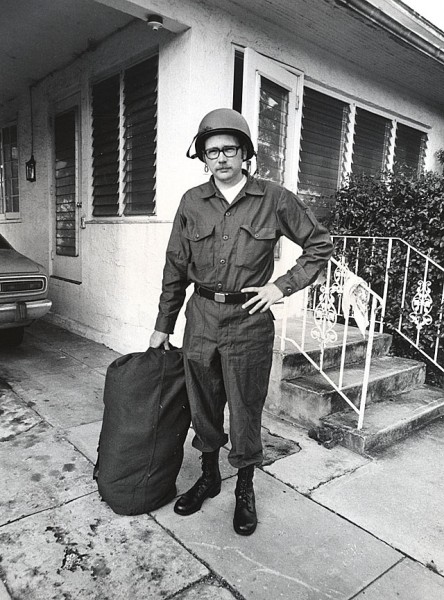 I made about as good a soldier as I did a Lutheran Reverend and donned the uniform just about as long.

I wanted to do a story on the local National Gurard contingent going to summer camp. The Higher Ups (does this sound familiar) wouldn’t let a civilian ride in the convoy, so an enterprising Master Sergeant said, “I’ve got it all worked out. Come on by and get fitted for a uniform. You’ll look like everybody else. Nobody’ll know.”

Here’s the brief story of my National Guard career. I’ll have to scan the photos one of these days, even if they were taken in Florida. I’m happy with several of them.