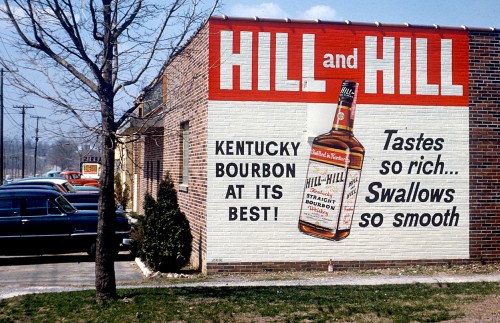 When I dipped into the General Sign Company box loaned by Terry Hopkins, the bright colors of the Hill and Hill Kentucky bourbon caught my eye. Since the sign company roamed all over the region, I don’t know where this particular building lived.

Painter brought along a model 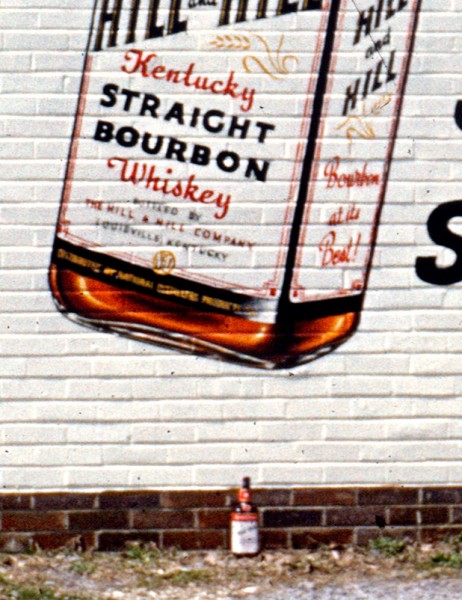 It was only when the picture was enlarged on the computer monitor that I saw that the sign painter had brought along a model.

Check out the bourbon bottle on the ground under the sign. (Click on the photos to make them larger.)

I wonder if it made is back home safely? 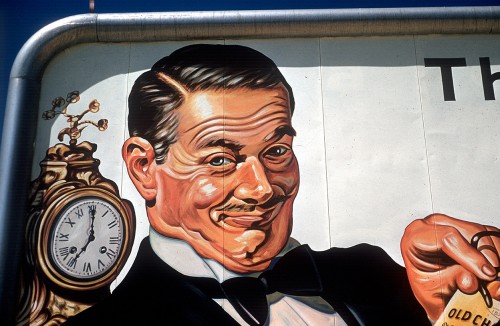 These pictures of the Old Charter billboard atop the Paramount Liquor Company building came out of the box of General Sign Company sign photos loaned to me by Terry Hopkins.

Terry said the huge billboards were made up of individually hand-painted panels that were assembled on frames when they got on site. You can see the seams of the panels in the closeup photos. 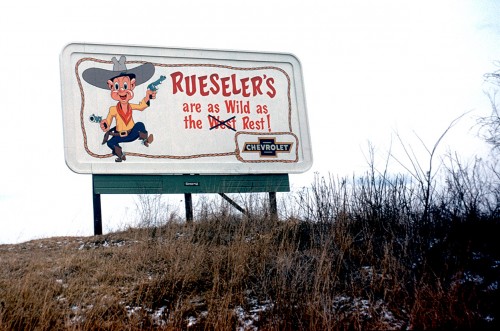 Terry Hopkins‘ dad’s box of General Sign Company signs coughed up this billboard of Rusty, Rueseler’s Chevrolet’s mascot along with the “Rueseler’s are as Wild as the Rest!” slogan. 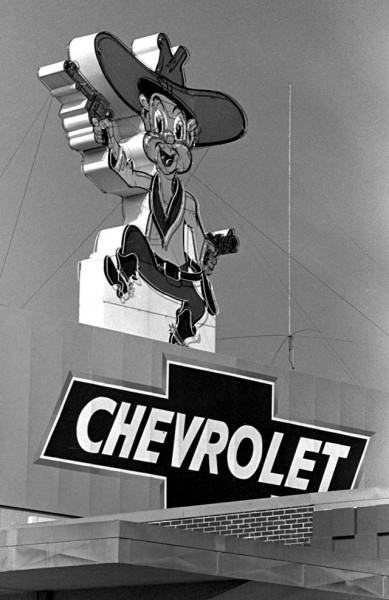 A neon version of Rusty graced the top of the dealership on South Kingshighway. Here’s a link to more photos and the story.

It has a bunch of comments from folks who remember buying muscle cars there, and a note from someone who knows what happened to the big sign. 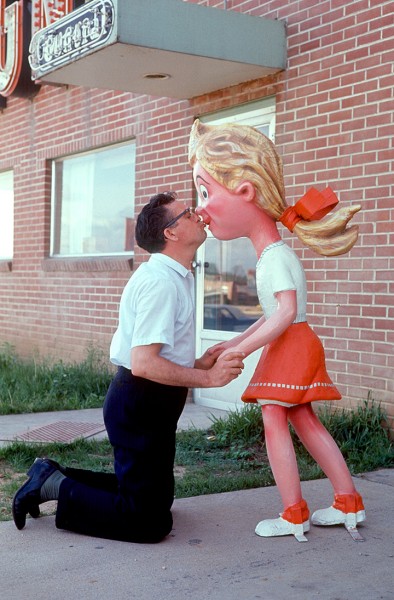 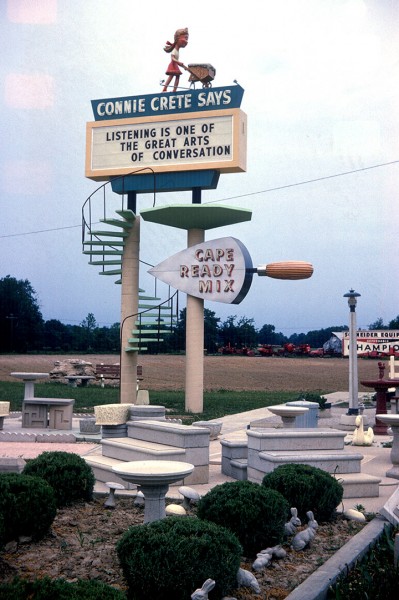