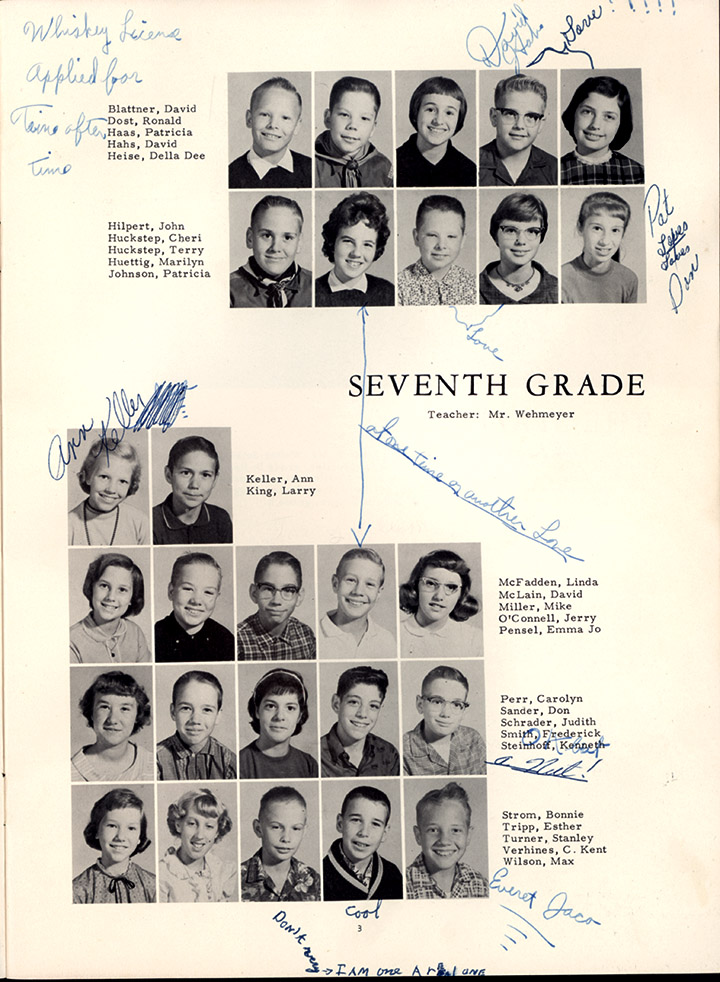 Wife Lila is gradually making more room in the West Palm Beach house by shipping stuff up to me in Cape (where it originally came from). Today’s box contained the 1960 Trinity Lutheran School Yearbook.

I was a nerdy 7th grader in those days, a look I managed to carry with me throughout life.

I won’t spend a lot of time on descriptions. Stroll through the gallery by clicking any image to make it larger, then use your arrow keys to move around. 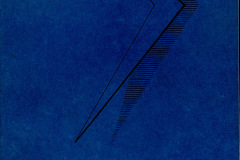 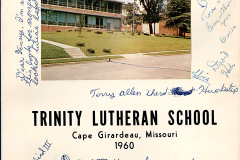 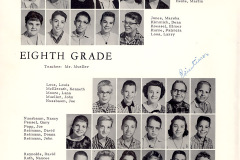 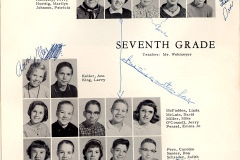 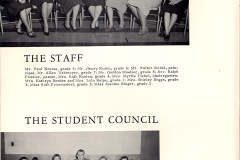 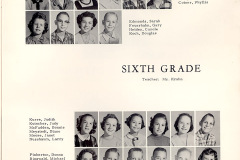 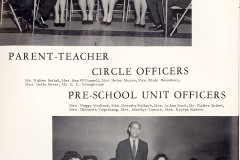 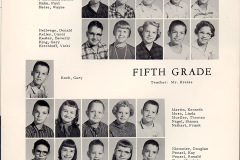 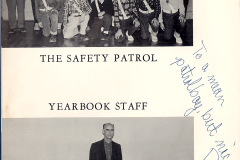 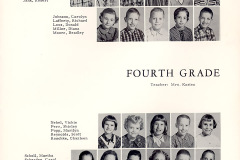 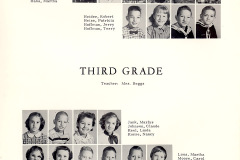 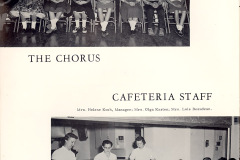 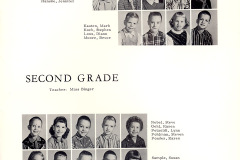 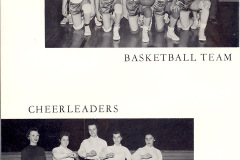 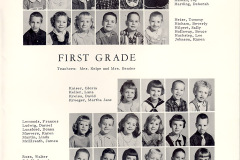 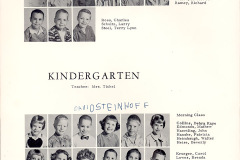 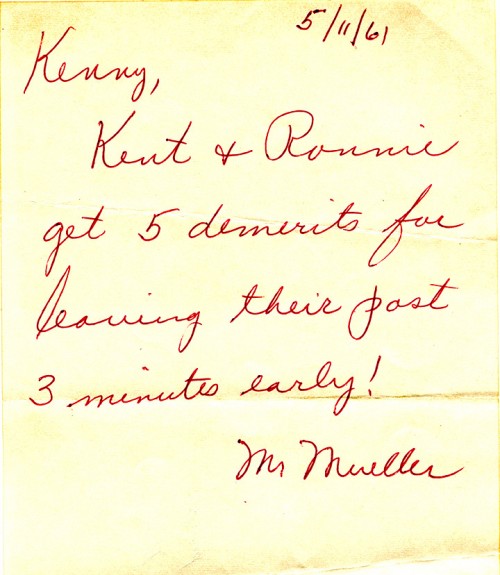 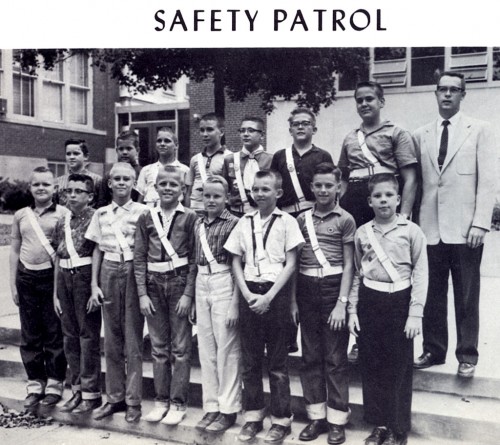 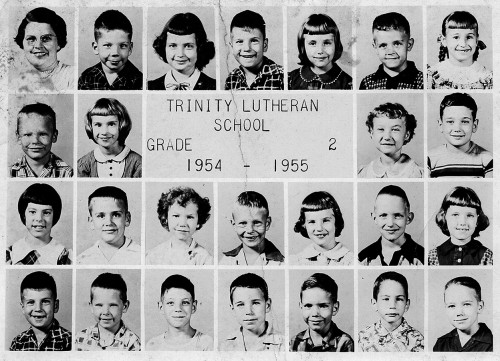 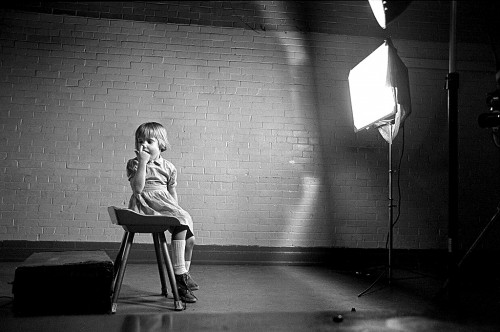 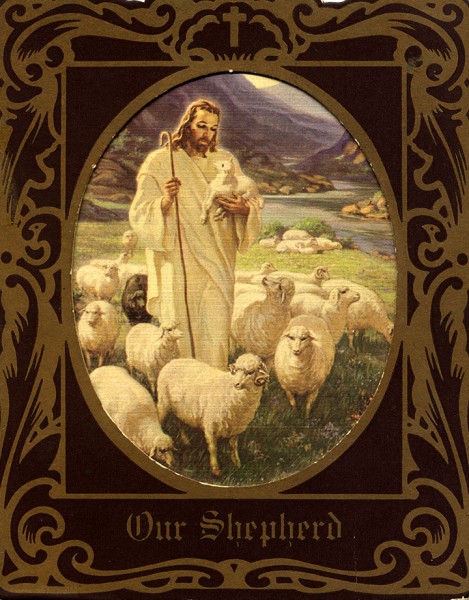 Buried in a box of old newspaper clips that are crumbling bad enough that I’ve been sneezing all afternoon was my first grade Reading Race Prize.

Mrs. Kelpe, the first grade teacher every kid should have, wrote on the back, “To Kenneth, who was once again the winner of the Reading Race. I am proud of you, Kenneth.” It was dated March 25, 1954, the day after my birthday. 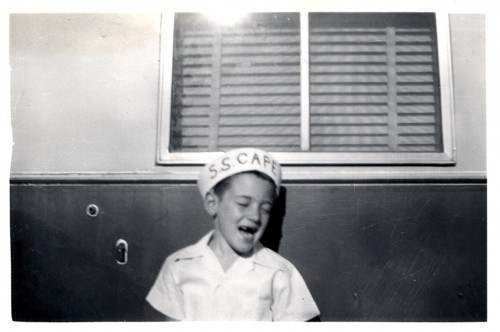 My first grade scrapbook has this photo of me wearing the prize for winning an earlier Reading race. 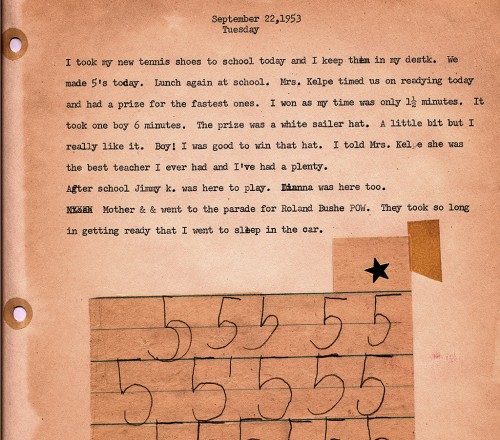 Dad’s typewriter didn’t have a spellchecker on it, so some typos crept in from time to time. The fact that he and Mother went to all the trouble to document my young life is much appreciated. As Kid Rel II, Brother David’s scrapbook was a lot shorter. Brother Rel III Mark’s book simply said, “Refer to earlier editions.”

“…Mrs. Kelpe timed up on readying (sic) today and had a prize for the fastest ones. I won as my time was only 1-1/2 minutes. It took one boy 6 minutes. The prize was a white sailer hat. A little bit [big] but I like it. Boy! I was good to win that hat. [OK, so I needed to work on humility.] I told Mrs. Kelpe she was the best teacher I ever had and I’ve had a plenty.“