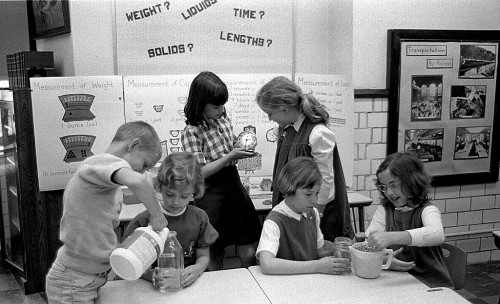 On the same Missourian Youth Page as the Tucker Lamkin kindergarten aide story, I had two photos of Campus School third graders “measuring up.” They were applying arithmetic facts to everyday life.

I hated shooting school feature photos (except for the five bucks). You can see what a hassle it was to get not just the names of the kids, but their parents and their addresses, too. Can you imagine what that would be like in today’s blended family environment?

At least this assignment had some neat props. The killers were ones where all the class did was make a poster or a bulletin board. Deadly dull. 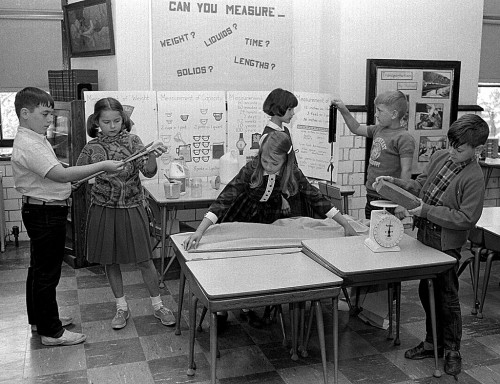 Staff Writer Judy Crow captured some good quotes from the children. You can find her story about the third graders at this link.

Some Missourian reporters resented having to do school features and asked me to leave their bylines off them. I have a testy memo from Judy where she wrote that she took the school assignments seriously and lobbied me to keep putting the bylines on the stories to shame the others into doing a good job.

I sure didn’t want to get on Judy’s bad side, so I heeded her wishes.

7 Replies to “Third Graders Measure Up”