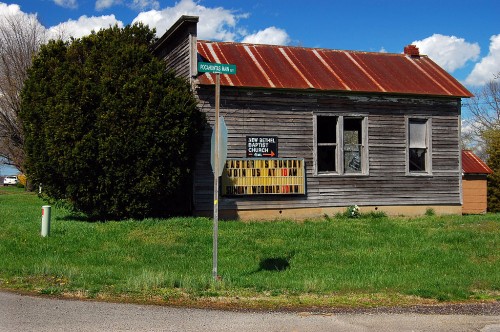 When I ride my bike from Cape to Altenburg, I climb a steep hill on Country Road 532 (also known as Pocahontas Main St.) to get to State Highway C.

Conveniently, there is an old building the corner of Main and Hwy C that has caught my eye over the years. 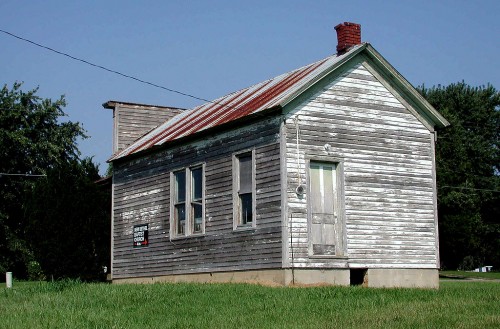 The building has deteriorated and brush has grown up around it since I first shot it in 2001. 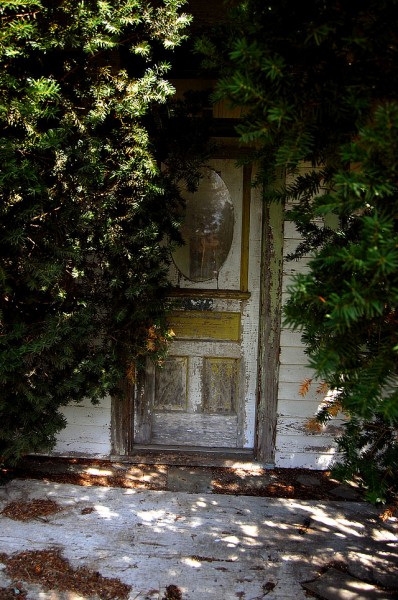 It had a fairly ornate front door with an oval glass window, but the bushes hide it from view these days. 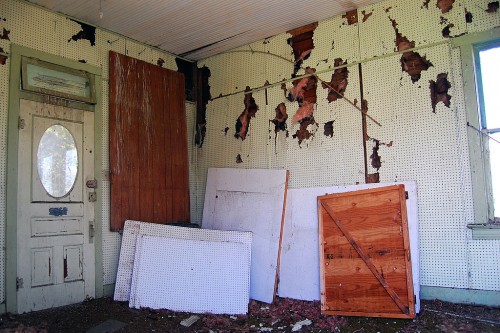 A shot through a side window shows that the door had a transom above it for cooling. It had a door latch and at least two locks, although the inside locks were fairly unsophisticated.

The walls have been covered with some kind of peg board or acoustical tile, with minimal fiberglass insulation behind it. 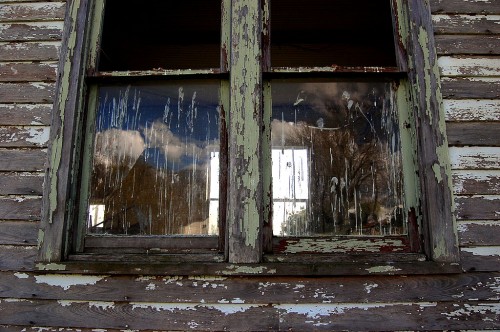 Most of the paint has peeled off, but it looks like it might have been a white building with green trim at one time.

Back door has skeleton lock 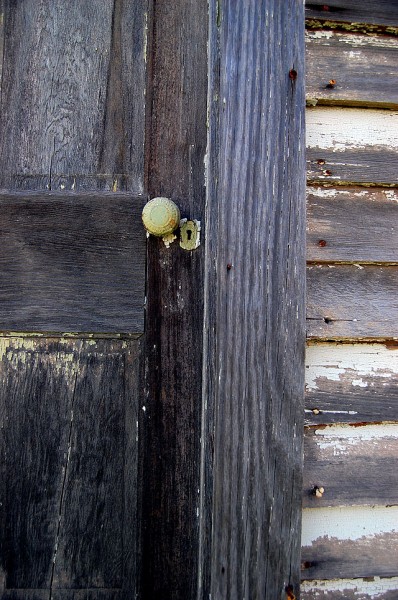 The back door had a simple door knob and lock that took an old-fashioned skeleton key.

A few windows are unbroken 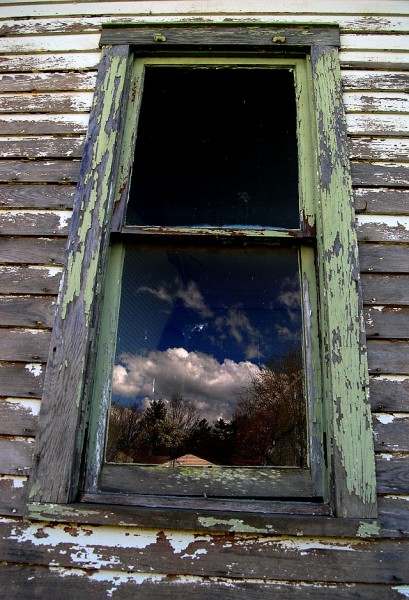 Vandals haven’t broken out ALL the windows.

Does anyone know anything about the building? 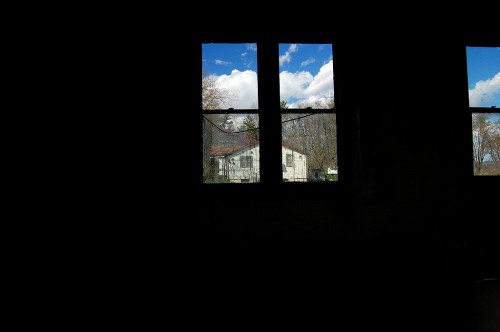 I’ve never seen anyone around to ask about the history of the building. Does anyone know what it was used for?