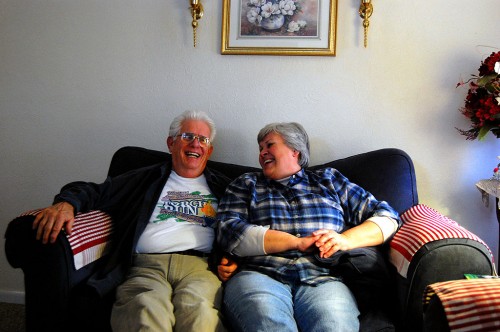 Every class needs a Keeper of The Flame. Bill and Sue Roussel produce The Tiger Update, an email newsletter that keeps more than 1,000 classmates and friends of the Cape Central High School 1950s decade in touch with each other. It’s a combination of good news, bad news and shared memories.

Sue sort of fell into the job by accident when she tried to track down classmates for a reunion. Before long, she was getting letters (some hand-scrawled in writing styles that indicated that penmanship might not have been the person’s best class), emails and phone calls. “I created a monster,” she said.

Sue raises people from the dead 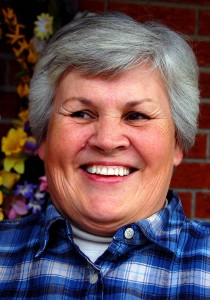 Bill says his wife is a “bird dog for details. She hasn’t mastered walking on water, but she’s started raising people from the dead. She’s gotten reports of classmates who have died and called the family for more information. Several times they’ve responded by saying, ‘Well, let me hand the phone to him and he can tell you himself.'”

Now that the classmates are getting older, it’s not unusual for some of the newsletters to be grim reading with accounts of deaths and illness. “Since everyone has scattered out, used to we didn’t find out someone had died until five years or the next reunion. That’s why I put the obituaries in there,” Sue explained.

Bill recently had a scare 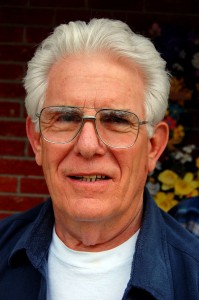 Overnight, he had an onset of confusion where he couldn’t even identify family members. He was taken to a hospital emergency room where a CAT scan showed that he had bleeding on his brain. He was rushed to surgery, where several holes were bored into his skull to relieve the pressure.

His recovery was miraculous. I had never met Bill and Sue, and I was a little reluctant to impose on them so soon after this medical emergency, but they said to come on over. It never dawned on me that the vital, vibrant guy who opened the door could be Bill, considering the seriousness of his condition only days earlier.

Sue knew her friends on the newsletter would be concerned, so she fired off email and Facebook updates as soon as she got the good news about Bill. There was a huge outpouring of concern, with as many as 40 friends showing up at the hospital. 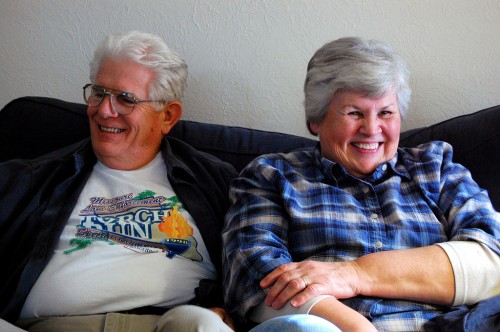 Sue said the updates take about three or fours each. “People ask us why we don’t charge anything. We tell them, that if we took money, then that’d be work. Right now it’s fun.”

The Tiger updates started out as a once a month thing. As more and more people started contributing, their frequency increased. Usually there is at least one update a week, but during Christmas season, there may be enough content to have two or three a week, Sue said.

Bill said that Tommy Meisner – Class of  ’58 – told him, “I can look at that update and there’ll be just one little incident or one picture  of a place that I’d figure would be all gone – that I’d have no memory of that left – but my mind will get to working on it. I’ll work on it for days. Then I’ve generated a whole bunch of other memories. It’s magical.”

If anyone wants to sign up for the Tiger Updates focusing on the 1950s, leave a comment and I’ll pass it on to Bill and Sue. Jerry and Margi Stout Whitright do a similar newsletter for the 1960s classmates. I had hoped to stop in and see them in Ellijay, GA, on my way south, but our schedules didn’t match up.