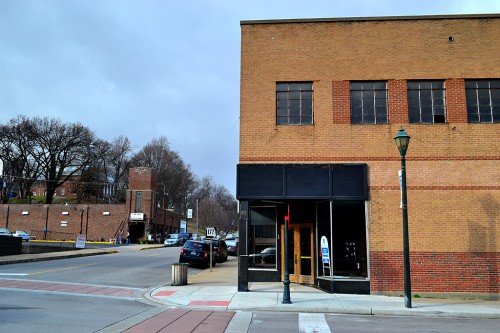 I learned about taxes in the Woolworth Store that stretched from Main Street to Spanish Street at the corner of Independence.

I must have been about six years old, with a dollar bill burning a hole in my pocket. Where I got that much money all at one time is a mystery, but I managed to convince my parents to let me go to Woolworth’s, known also as the Five and Dime, to buy a toy. The toy section, if I remember correctly, was toward the west end of the store, so we likely walked through these very doors to get to the Promised Land. The lunch counter, with its distinctive sound of clinking silver on heavy china was on the north wall just east of the toys.

After looking at everything except the girly stuff, I settled on a stub-winged, olive-drab, friction-drive airplane, which may still be in Mother’s attic if my destructive younger brothers didn’t get hold of it. It cost 99 cents. Army toys – not action figures, which are just dolls for boys – were big with my age group. I’m pretty sure we were still fighting the Germans and not the Japs nor the Reds.

Clutching my plane in one hand and my dollar bill in other, I handed over my treasures to the cashier. She placed the plane in a brown paper bag and gave it back.

I waited patiently. Finally, I asked, “Where is my change?” Math was never my strong suit, but even in the first grade I understood that if you gave someone a piece of paper that represents 100 pennies to buy something that costs 99 pennies, you should get a penny back. (I had not been introduced to the concept of tipping yet.)

“There’s a penny tax,” she explained. “You don’t get any change. You had just enough for your purchase.”

“Tacks? I didn’t buy any tacks” 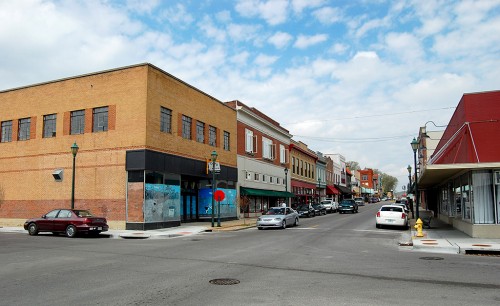 “Tacks?” I said in a bewildered tone, “I didn’t buy any tacks. I just wanted the airplane.”

That was just about as disappointing as when I found out that the Farmers and Merchants Bank didn’t operate like Scrooge McDuck’s Money Bin. I had been faithfully depositing spare bits of change with them every time I went to visit Dad, who had an office on the second floor of the bank. I assumed that I’d get back the same change I had given them. Nope. When I went to redeem my cash, they handed me paper dollar bills, which were nowhere near as exciting as a pocketful of change that you could jingle.

Life, I found, was full of unpleasant surprises.

8 Replies to “Learning about Taxes at Woolworth’s”