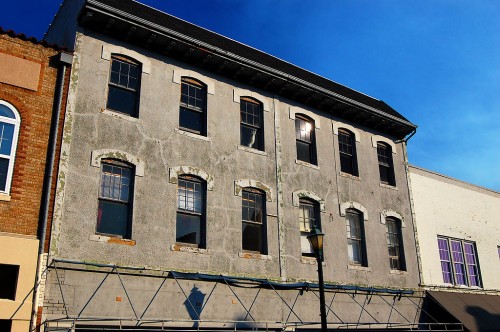 I was walking down Main St. in October shooting mug shots of  store fronts. Some of the buildings had neat patterns of light and shadow. Others had some nice reflections. Others were just there.

I shot 10 frames of this building or parts of it. None of them were particularly inspiring. Just record shots in case it burned down next week.

What’s that in the window? 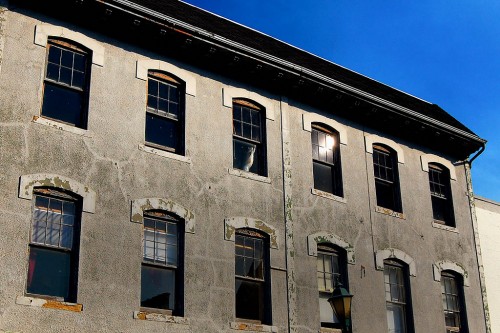 It wasn’t until I looked at the photos on a large screen that I saw the cat in the window. Here’s a slightly tighter crop of the same photo. (Click on the photos to make them larger.)

Serendipity made the photo, not the photographer.