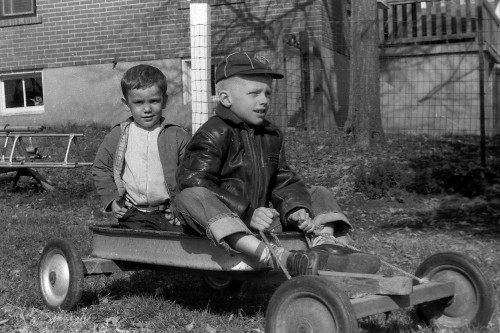 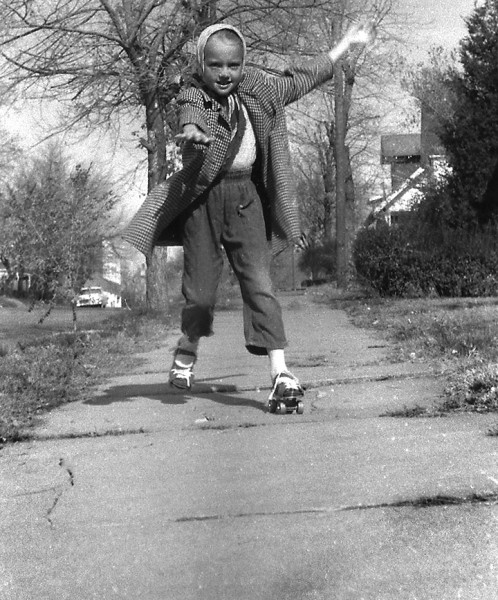 Reader Steve McKeown sent me a selection of family photos taken by his father, James D. McKeown III. Time and storage haven’t done the negatives any favors, but that doesn’t keep us from enjoying the era they captured.

I don’t know who this girl is, but I give her credit for negotiating the cracks in the sidewalk without having the knees ripped out of her pants from falling. Or, she may have just started out.

Cracks weren’t the only problem

I remember those steel-wheeled skates. If the cracks didn’t get you, then they would come loose from your shoes and turn sideways while still strapped to your foot. If you cranked down hard with the metal skate key to keep that from happening, all you would accomplish would be to bend the sole of your shoe, causing the same result.

I hope the girl made it to adulthood in one piece, but the way she’s holding her right hand was an invitation for a broken wrist if she tried to catch herself while flying through the air like Supergirl.

Thanks, McKeown Family for the use of your photos.