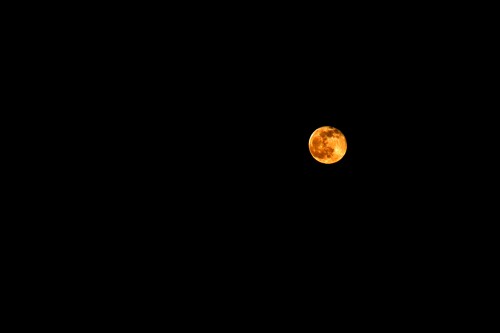 When I headed out to get something to eat tonight, a big orange moon was just clearing the trees. I pulled off long enough to snap off a couple frames of the moon, but it didn’t have a very interesting background, so I let my tummy make the decision to keep going. (You can click on the photos to make them larger.)

I knew from experience that if you aren’t in position to shoot the golden orb in relation to a landmark, forget it: you’re never going to get there in time. 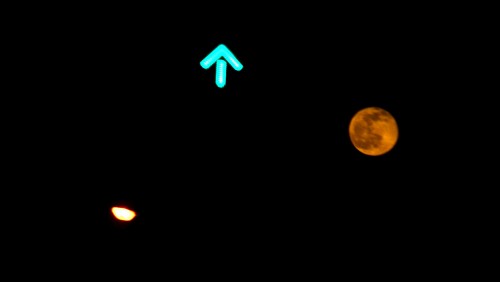 I putzed around in a fast food joint waiting for my order to come up, and wasn’t disappointed to see that the moon wasn’t visible when I left the parking lot. I didn’t really want to feel guilty about not making another full moon photo.

The darned satellite was waiting for me, thought, when I hit the traffic signal at Mount Auburn Road. Fortunately, I caught the light when my lane was stopped. I shot it with the red light, too, but the green arrow seemed to work better for me.

These won’t go down as my favorite moon shots, but they were too good to pass up. 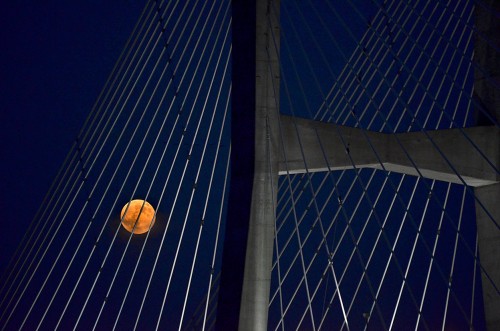 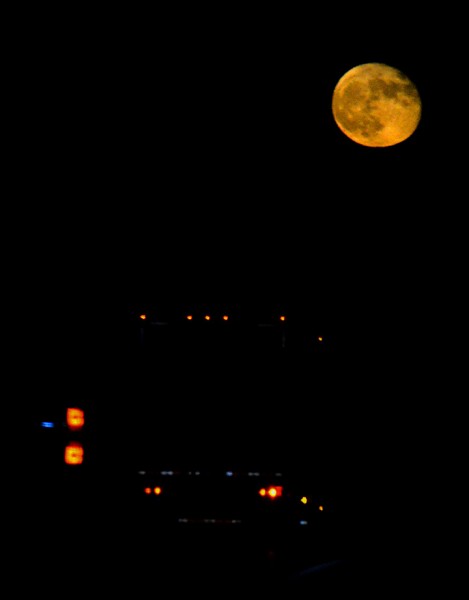 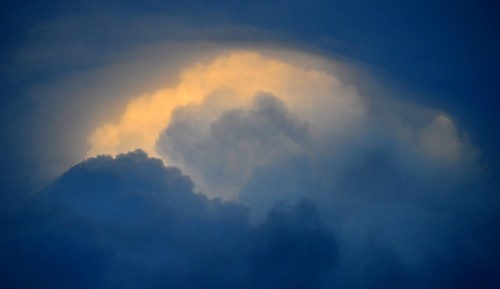 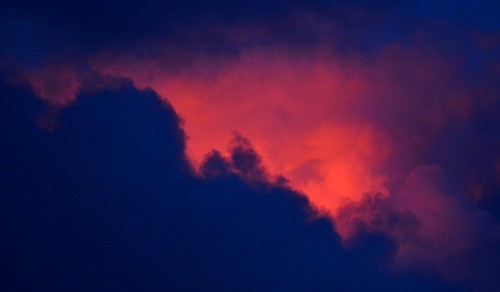 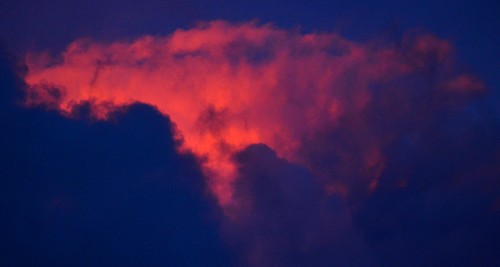 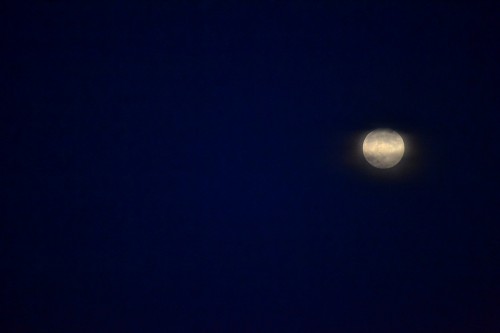 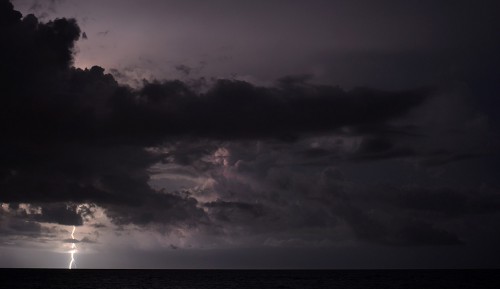