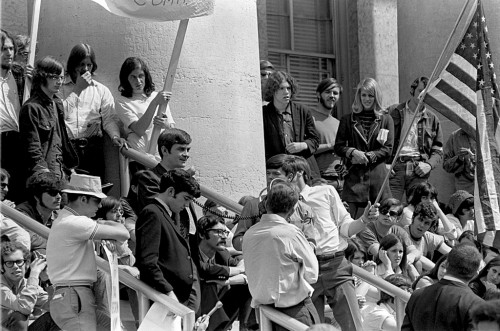 I tried to explain to her that I’ve been the protest / demonstration route, got the T-shirt AND the gas mask.

When I was working at The Athens Messenger in Athens, Ohio in the late 60s, early 70s, we didn’t get up to Columbus all that much. I don’t have any idea why I shot this Tax Reform demonstration in the state capital on April 18, 1970. It has a lot of the trappings of the Occupy Wall Street movement.

(You can click on any photo to make it larger.)

These guys are wearing blazers and wingtips 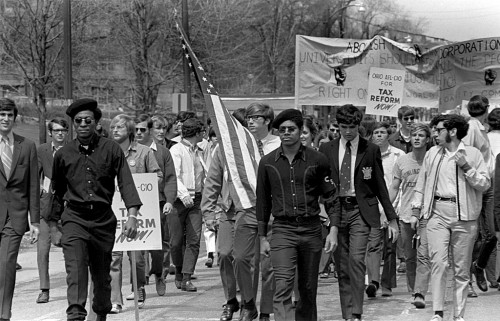 A number of things caught my eye in this photo

How is the message being received? 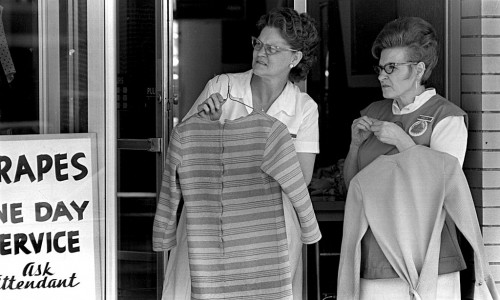 Based on the expressions on the faces of these two women, it looks like a mixture of curiosity and “What’s the awful smell?” 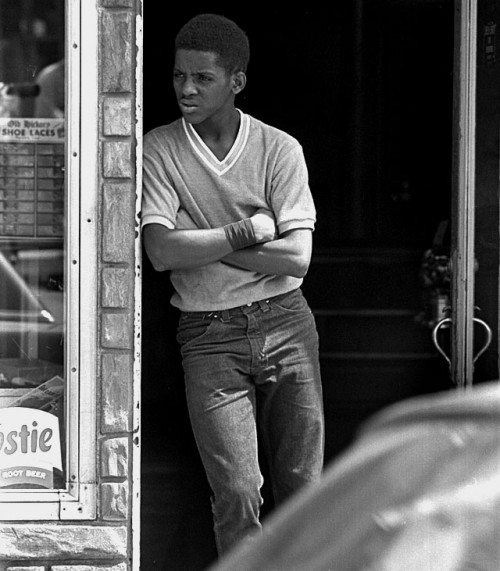 This boy’s furrowed brow and crossed arms reads to me that he’s wondering “What’s this all about and what does it mean to me?” 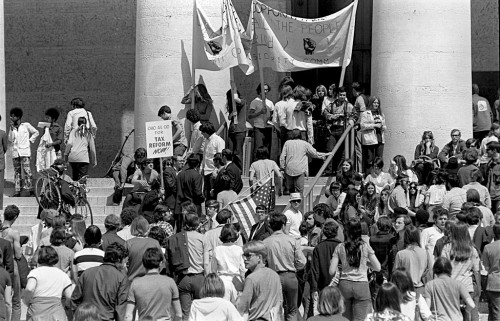 So, why am I cynical? Our political system is broken. It’s all about politics, posturing and fundraising, not about governing. I’d love to see it changed, but I don’t think that 99% of the people feel that way. Even when young males had a personal stake in not being shipped off to a war in Southeast Asia, there wasn’t 99% acceptance of the antiwar movement.

What happened to these kids? 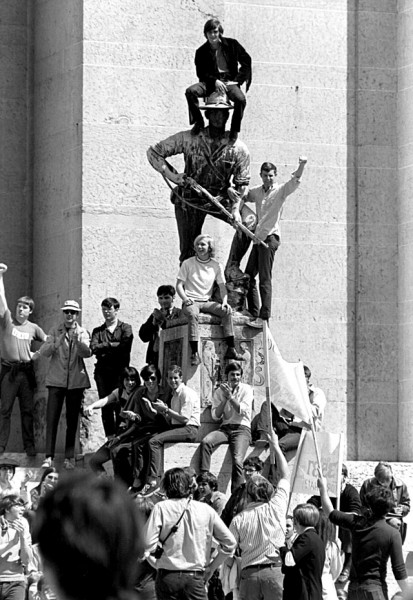 I wonder what happened to the people at this demonstration? They have a serious look to them, for the most part. They have a mixture of union support, black militants, preppies in ties, a Clean for Gene overall appearance (referring to the kids who made the ultimate sacrifice – cutting their hair and dressing up to campaign for Gene McCarthy) and an air of seriousness.

The young man on the left looks defiant and challenging with his clenched fist salute, but the young fellow on the statue at the right, is delivering his salute with a smile. In fact most of the faces show a mixture of smiles or boredom.

What a difference a few weeks makes 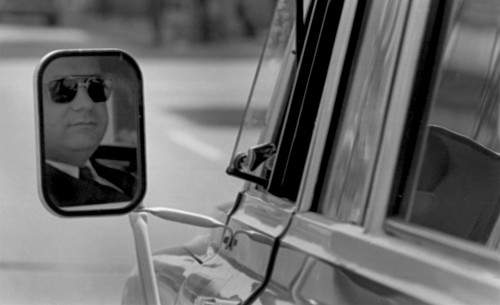 The envelope sleeve says that these photos were taken April 18, 1970.

For What It’s Worth

So, where are we headed? This demonstration’s import was so little that I don’t even recall what it was about.Whatever it was about was buried by the events of the next few weeks.

The Buffalo Springfield’s song For What It’s Worth has become a cliche for the 60s. I’m beginning to hear it being played again.

There’s battle lines being drawn.
Nobody’s right if everybody’s wrong.
Young people speaking their minds,
Getting so much resistance from behind.
It’s time we stop, hey, what’s that sound?
Everybody look what’s going down.

What a field day for the heat.
A thousand people in the street,
Singing songs and carrying signs,
Mostly say, “Hooray for our side.”
It’s time we stop, hey, what’s that sound?
Everybody look what’s going down.

Here’s an excellent interpretation of the song, by the way.

Is the next verse going to be a replay of OHIO? 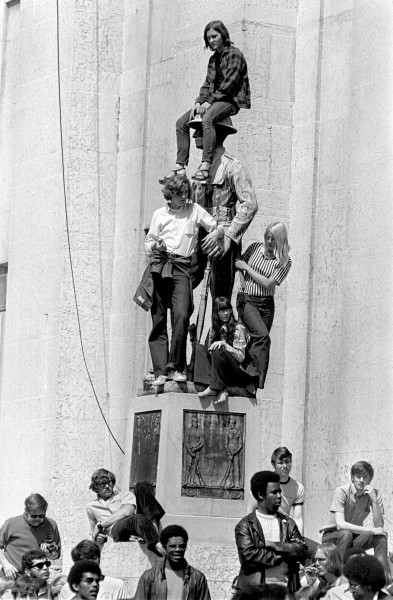 I wonder if this generation will have a Neil Young song to commemorate it?

Tin soldiers and Nixon coming,
We’re finally on our own.
This summer I hear the drumming,
Four dead in Ohio.

Gotta get down to it
Soldiers are cutting us down
Should have been done long ago.
What if you knew her
And found her dead on the ground
How can you run when you know?

Sorry for getting all political on you. Someone on Facebook posted that journalists have the right, if not the obligation to take political stands. I argued that was wrong. As soon as you are seen as an advocate, then you cease to be effective. People assume that you are unable to cover an event objectively. For that reason, I never actively supported a political candidate, sported a bumper sticker nor participated in any action groups. I commented in the thread that I was sure that no candidate I ever covered had any idea what my personal feelings were.

My biking partner, also a journalist, said she was discussing the thread with a friend who mentioned my comments. I was pleased to hear that he told her, “I worked with that guy for 16 years and I never had a clue where he stood [politically].”

I had some classes at OU with a young activist I truly admired. She was smart and did more than talk about being involved. In her spare time, she worked with poor Appalachian children and took up other causes that weren’t mainstream.

One afternoon I was at the jail when a busload of protestors was being brought in for booking. I recognized my friend and asked if she was OK or needed anything. I’ll never forget the look she gave me when she said, “Ken, one of these days you’re going to have to put down that damned camera and choose a side.”