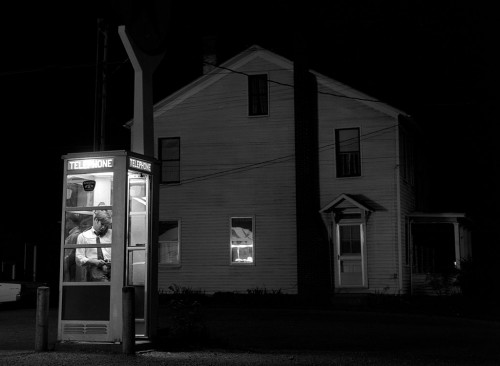 Back in the late 60s, I worked with a photographer named Bob Rogers at The Athens Messenger. I guess I should say I worked FOR Bob, since he was the Chief Photographer and nominally my boss. Here he is in a lighting finger exercise I did for a lighting class. (I was supposed to use two lights. I did: a strobe at the camera, and Bob is touching two wires together to fire a flashbulb mounted in the ceiling of the phone booth).

But, that’s not the point of the story.

“When are you guys getting married?” 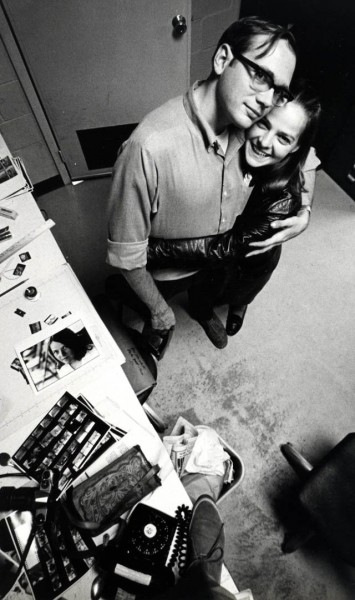 One day – maybe even on the day when this photo was taken – when Lila was hanging around our office, Bob asked, in his normal diplomatic way, “So, when are you guys getting married?” (That’s Bob’s foot, bottom center, next to the phone.)

Responding in my diplomatic way, I responded, “Bob, pick a date.”

For some reason, that date didn’t work out, so we got married June 23, 1969, 43 years ago. To this day, when anyone asks when we got married, I always say June 27, because that’s the date that stuck in my memory. 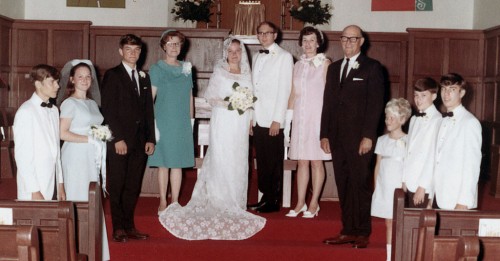 I lost track of Bob in 1970 when he sent me a postcard photo of himself climbing a mountain somewhere. I had no idea if he was buried under tons of snow and ice or if he had just lost my address. A few Internet searches over the years turned up way too many people with that name to track down. Finally, out of the blue, he found my bike blog. That’s where I discovered that he and his wife, Claire, are an extraordinary couple who have had adventures most of us have only dreamed about (in some cases, you might classify them as nightmares.) You can read about their world-wide meanderings all over the world by bicycle on their blog, The New Bohemians.

Bob happened to mention that they were traveling in their RV from Arizona to his 50th high school reunion in West Virginia and would love to see if Cape was anything like he’d been reading about. We arranged to get together, coincidentally on our wedding anniversary.

Bob and Claire cooked a wonderful supper, then Mother joined them in a musical tribute to us. Wife Lila recorded the action on her iPhone. 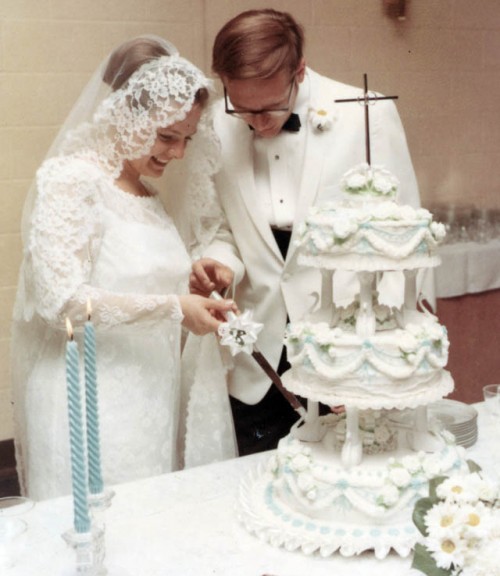 Me, I just sat there in stunned silence, much like I did 43 years ago.