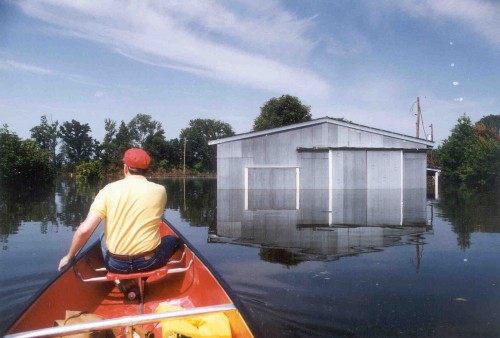 Some of you have been wondering where I’ve been. I was busy in Cape getting a boat ready to pull down to Florida for Kid Adam, then it was a long slog south because of weather. When you’ve been gone from home for months, there are a number of things you have to catch up on. If you don’t accept all those excuses, I’ll have to fall back on “the dog ate my homework” and hope you don’t know that I don’t own a dog. (I’m owned by a cat, but they rarely eat homework.)

OK, to bring us back to the headline, I was in Chicago for phone switch training when the Flood of 1993 was going on. I told the boss that I’d pay any difference in ticket price to do a stopover in Missouri for a couple of days, so I could see the high water.

Dad’s construction company owned a piece of ground at the southeast corner of Highways 25 and 74 in Dutchtown. It had gone under in 1973, and was revisited by water backing up from the Mississippi River in 1993. Brother Mark and I rented a canoe to explore the property at the height of the flood. The building we’re headed toward was what we called the mechanics shed. 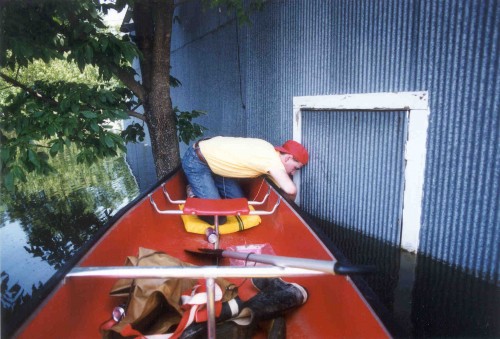 The building had a super-thick slab strong enough to hold bulldozers and draglines when they needed repair and maintenance. Half of it was set aside for mechanical and welding work, and the other side had storage cabinets and a carpentry setup.

The first challenge was how to open the door. The Master lock was located just beyond where you could reach it comfortably without tipping the canoe over. My key ring, 22 years later, is still bent from trying to twist the lock open.

Not a pretty sight 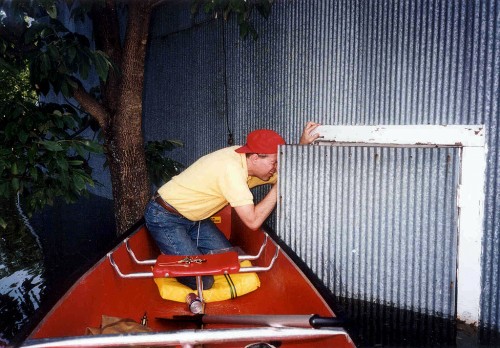 Mark’s first peek showed stuff bobbing around all over the place. We lost some good table and band saws because we never thought the water would come up so high and so fast.

How do we get through the door? 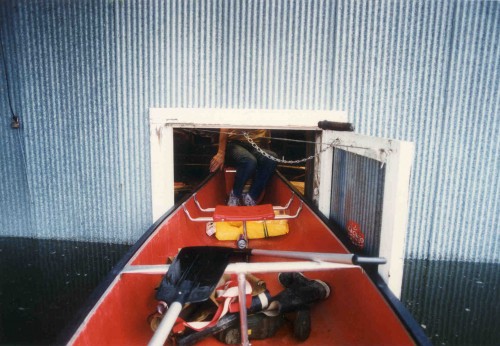 The next challenge was how to get a wide canoe through a narrow door. It was part of family lore that Dad once built a boat in a basement on Themis street, then figured out it was too big to get out. I never knew for sure if that was true, and he’s not around to either confirm or deny the story. 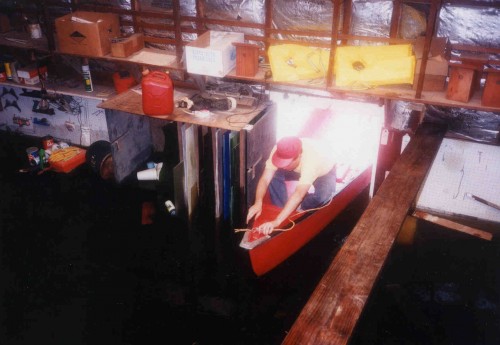 I managed get the bow of the canoe far enough into the building to rig a 2×8 or 2×10 board between the top of a cabinet and some shelving, and clambered out. Mark handed up everything that was in the boat and followed my lead.

Once the boat was empty, he was able to twist it enough to get it through the door. 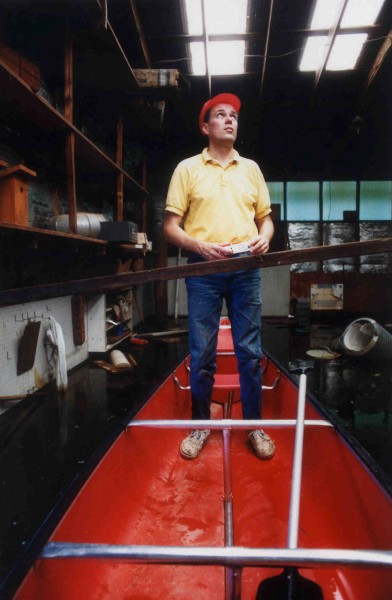 He’s giving me the look that says, “I bet you’ve rigged that board to dump me. I can’t figure out HOW you did it, but I’m pretty sure something nasty is going to happen.” 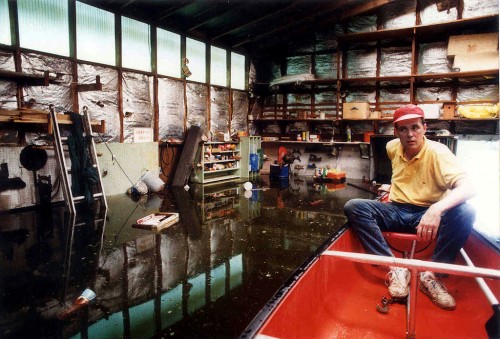 He looked even more uncomfortable when I started sharing snake stories from other floods and hurricanes I had covered. “Don’t forget,” I warned him, “snakes are looking for high ground, and they might mistake you for high ground.” 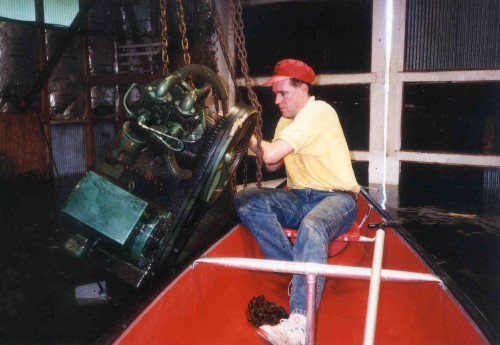 There was a huge, industrial-size air compressor on the mechanic side of the shed that wasn’t bolted to the floor. When the water came up, the air tank on the bottom started to float, but the heavy motor and compressor on the top caused the unit to flip over. Had it been bolted down, the water wouldn’t have gotten up high enough to do any damage. Mark’s using the big ceiling hoist to get it out of the water.

We asked someone if they thought the compressor was salvageable, but we were told that the motor was probably shot. We gave it no thought for about ten years until Brother-in-Law John came down to help us with something. He said he’d take the thing off our hands.

Sure enough, when I went over to his shop a couple of weeks ago, the compressor was puttering away as good as new. I’m glad it found a good home.

On the same side as the compressor was our ski boat, The Mary Lou, floating, still attached to its trailer. (You’ll hear more about The Mary Lou later.) 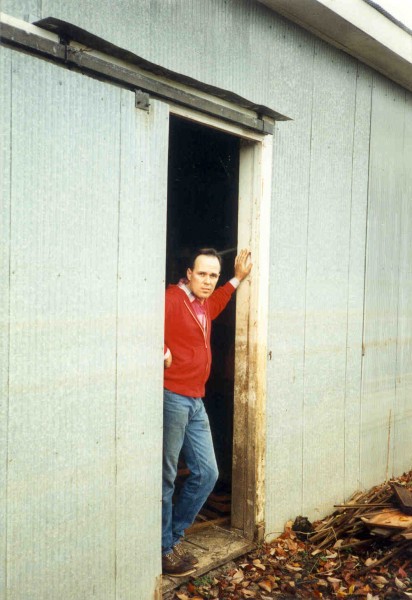 When I got back to Cape several months later, the armpit-high water marks on the buildings were still evident. Mark may be my “little brother,” but he’s not that little.

I saw drone aerial photos of the property shot a couple of days ago. The water is already into the buildings, and I suspect that Mark and I could take a canoe through the big shed pretty much the same at 1993 if the water crests as high as predicted.