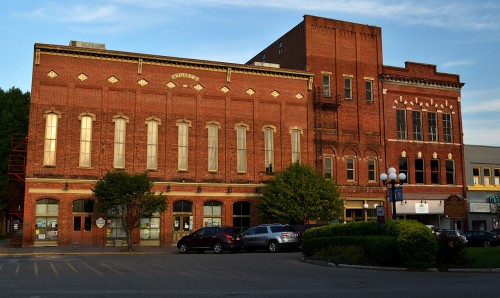 While Curator Jessica and I were waiting for a table at Rhapsody Restaurant on the square in Nelsonville, Ohio, last fall, I said I was going to wander around shooting some record photos of the buildings.

“Who knows?” I told her. “Those buildings could burn or be torn down by the next time I come through here.” 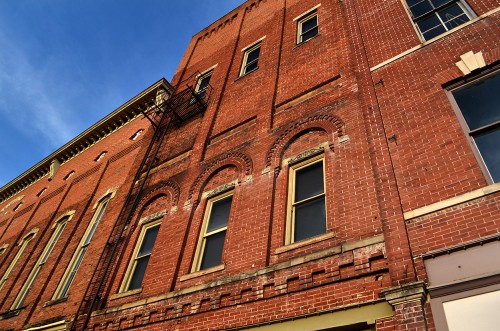 I wasn’t being particularly prescient. It’s not uncommon for old buildings to burn or fall down. Athens lost about a half a block of legendary bars and eateries a few months back, and downtown Cape has had its share of big fires over the past century.

Facebook and the Athens County media sites were all ablaze (pun not intended) with spectacular photos of what appeared to be this tall building on fire. The historic Stuart’s Opera House on the left and the gray Majestic building on the right were OK in the latest reports I read. 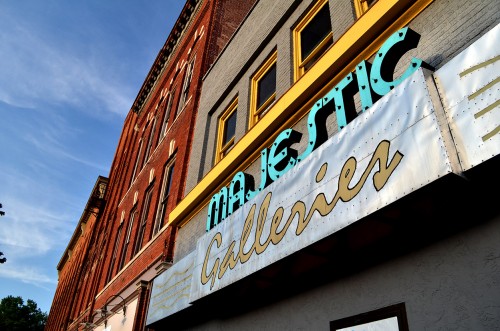 Alfonso Contrisciani of the Rhapsody reported on his Facebook page that the restaurant has had some some and water damage, but it’s hoped that they’ll be open next week.

I covered some fairly impressive fires on the square when I was there in the late ’60s and early ’70s, but this one looked like it was a bigger.

I’ll have a chance to check it out next week. I’m heading to Athens on Sunday to be around for the opening of an exhibit of a bunch of my photos at the Athens County Historical Society and Museum on April 16.