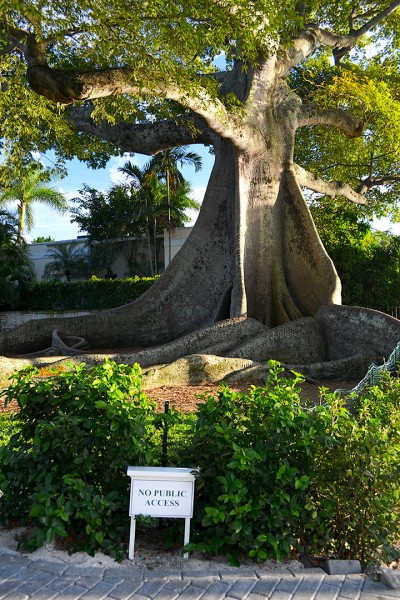 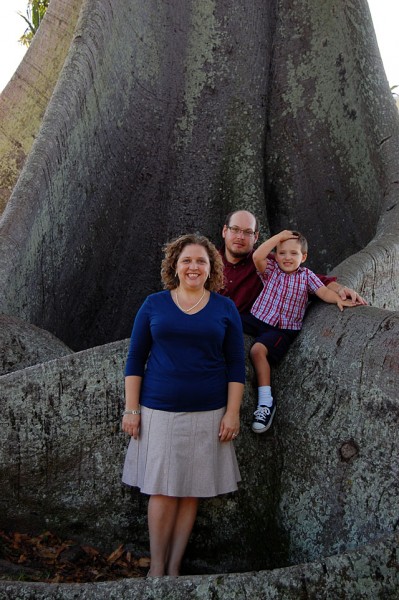 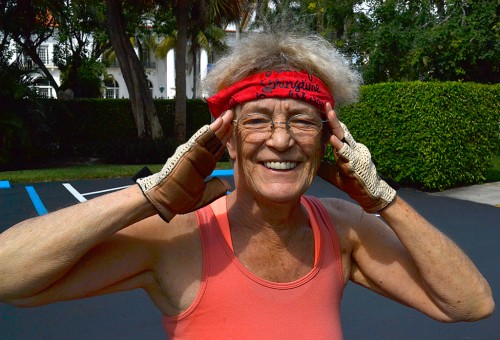 Friend Shari and Wife Lila have been touring South Florida while I’ve been trying to wrap up projects before hitting the road. I got a bunch of work done Wednesday, so I had a few hours free Thursday morning to take Shari on a short bike ride along Palm Beach’s Lake Trail.

When I mentioned that because I am folically challenged, I wear a Cool Max headsweat under my helmet to keep salty bodily fluids from splashing onto my glasses, she said she usually wraps a bandana around her forehead. Reaching into my back jersey pocket, I produced this souvenir from the Tour of Southern Rural Vistas. I didn’t notice the “Springtime” on the bandana until I edited the picture. 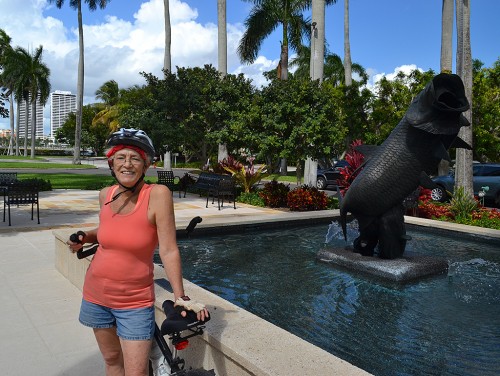 A covey of Segways cruised by buzzing like a batch of angry bees while Shari was vamping next to this sculpture at the Four Arts Museum. “Why are we riding these? Why don’t have one of those?”

Some things don’t deserve an answer.

Feed it a kid first 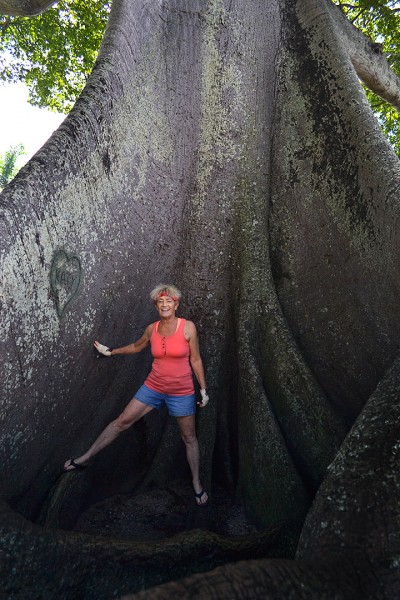 No trip on the Lake Trail is complete without pausing at the huge kapok tree south of the Flagler Museum. We pulled up just about the same time a mother with several children arrived. When Shari started to elbow them aside, I said, “We find it works much better if we feed the tree a couple of kids before the first adult gets close to it.”

From the look on the mother’s face, I’m pretty sure my name has been added to some kind of registry in Palm Beach.