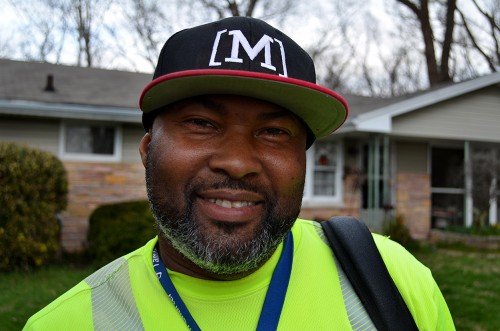 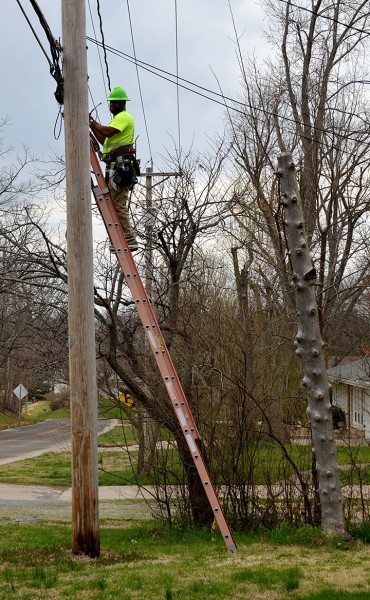 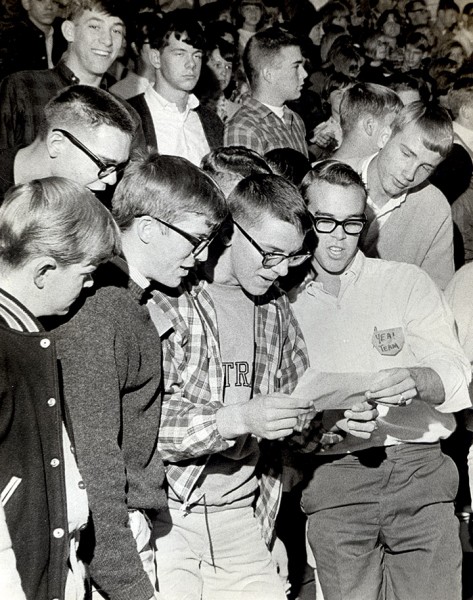 You’re going to get this shot of Jim Stone (Central T-shirt all excited about something on the paper he’s holding) at what looks like a pep rally because I was too busy today to come up with something better. Jim never had a lot of pep and I don’t recognize many people in the background, so I have no clue what the event was.

The main reason I’m behind is that I spent the afternoon talking to Internet service providers.

Mother has had AT&T DSL for some time now. When I started spending more time in Cape, I told her I’d pay the difference between a promotional price for AT&T’s “Elite” level and the basic service she had before. “Elite” allegedly gives you 6 MBS down and about 512K up. After the promotion expired, the price went to $46 a month and is slated to go to $52. They offered me another promo plan, but it will expire in six months, so I don’t want to consider it.

I’m used to Comcast Business in West Palm Beach where I get 100 down and 20 up, so AT&T “Elite” feels like dial-up.

Charter is offering a 12-month promotional price comparable for what we’re paying for AT&T, but they claim to deliver 60 MBS down. The extra speed sure would be nice. I’m still going to be dealing with an expiring promotion in a year, but a lot can happen in that time.

A lot of you folks like in the Cape area. Talk me out of Charter. Thanks in advance for the advice.

Bundling, by the way, is not an option. I want to keep her AT&T landline for redundancy and reliability. We dropped cable for an antenna in the attic and streaming video. All I’m looking for is a straight Internet package.