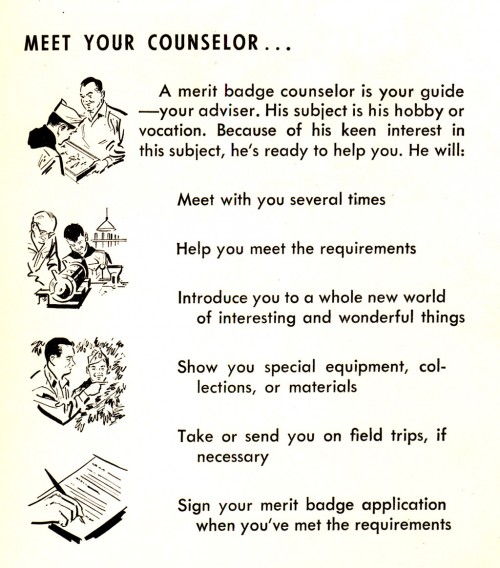 Yesterday I ran a list of Boy Scout merit badges available in 1965, along with a gallery of merit badge books my brothers and I collected over the years. Today’s post will have a list of every counselor registered with the Shawnee district in 1971, and a little about the counselor’s role.

What was a merit badge counselor? 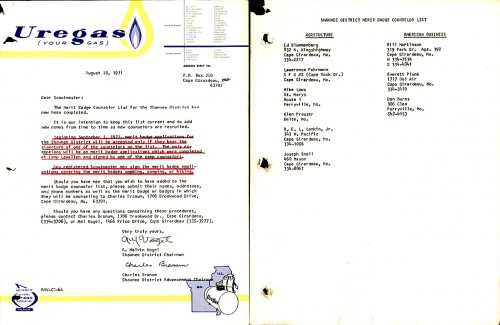 The counselor was an adult who had a specialized field of knowledge who could determine if a Scout had met all the requirements for a particular badge. The official rules make it clear.

You are expected to meet the requirements as they are stated—no more and no less. You must do exactly what is stated in the requirements. If it says “show or demonstrate,” that is what you must do. Just telling about it isn’t enough. The same thing holds true for such words as “make,” “list,” “in the field,” and “collect,” “identify,” and “label.”

Contacting a counselor could be scary

The scariest – and, to me, most valuable part of the process – was when you had to screw up your courage to set up an appointment with someone who might be a prominent citizen in the community. When you got there, you were generally pleasantly surprised to meet someone who had a real interest in the topic you had picked, and was more than willing to share that knowledge.

That’s not to say that some counselors weren’t tougher than others. Dad wasn’t afraid to tell a boy that he needed to schedule another appointment because he didn’t meet the requirements. That, too, was an important lesson. 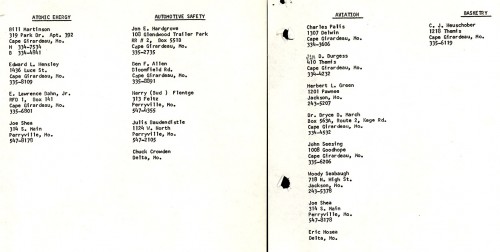 Troop 8, sponsored by the Trinity Lutheran Men’s Club, didn’t have many Eagle Scouts when I was in it. We looked up at those who had attained the rank with awe. Part of that was that we felt that it was a rank that was best achieved by an individual who was motivated to make those “scary” calls on his own.

There were some troops in the area that we perceived to be “mass-production Eagle factories” that brought in counselors and ran boys through the merit badge process in groups. Even as young boys, we could see the difference. Our perception might have been wrong, but our Eagles were numbered in the ones, and other troops had them by the tens.

Obligatory confession since a Scout Is Trustworthy: I never felt I deserved my Horsemanship merit badge that I earned at Camp Lewallen. I think everybody who signed up for the course and paid for the riding time passed it. I was about as good at riding a horse as I was at dancing. I read everything in the Horsemanship merit badge book, but the horse and I were never on the same page at the same time.

I met with all my counselors on my own. Generally, my folks would drop me off, and I’d call them for a pickup when we were done. That’s not how it’s done today. The official policy:

“You must have another person with you at each meeting with the merit badge counselor. This person can be another Scout, your parents or guardian, a brother or sister, a relative, or a friend.”

Here’s the complete list. Finding a counselor for Citizenship topics, Cooking, Electricity or Photography was pretty easy. I don’t know what you’d do if you wanted to earn Textiles, Skiing, Small Boat Sailing or Pottery. Click on any photo to make it big enough to read, then use your arrow keys to move around.

What’s particularly neat is that the address and phone number of the counselor is listed. That might be fun for some of you who are looking for neighbors. 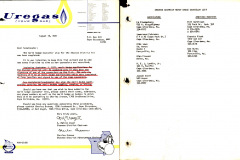 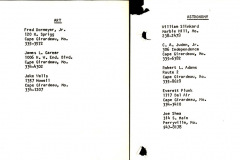 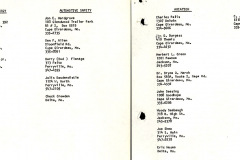 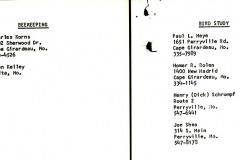 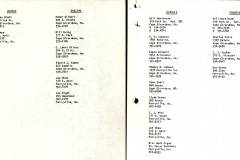 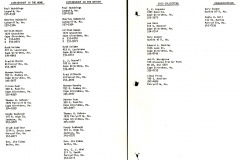 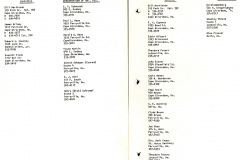 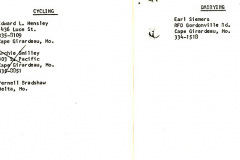 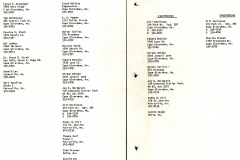 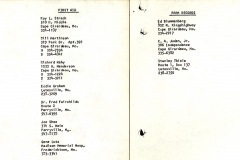 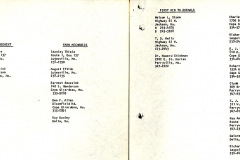 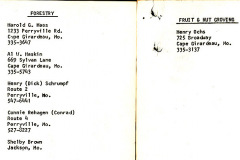 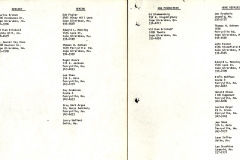 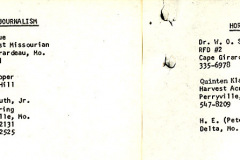 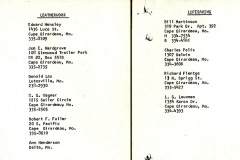 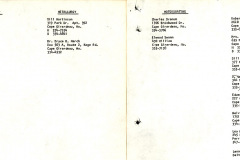 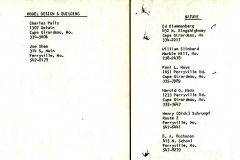 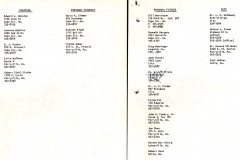 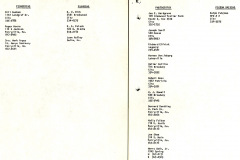 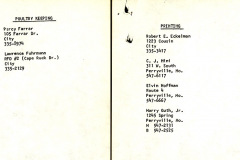 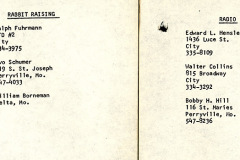 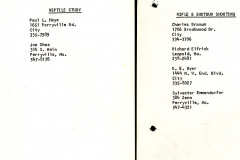 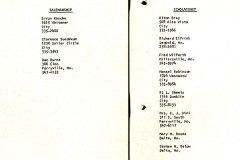 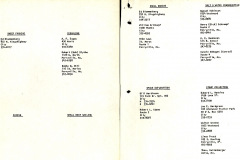