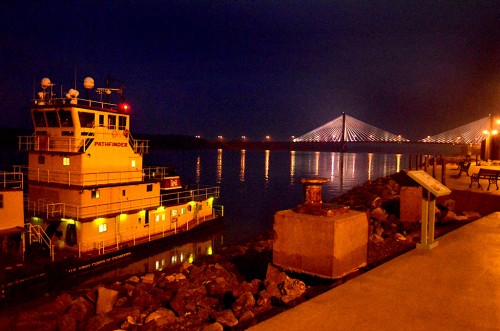 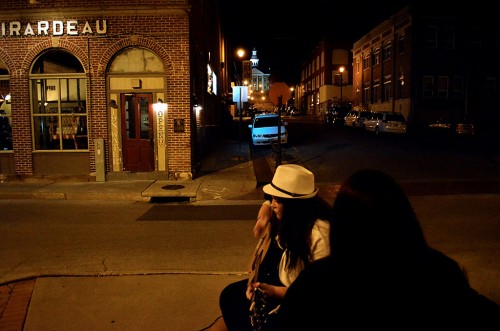 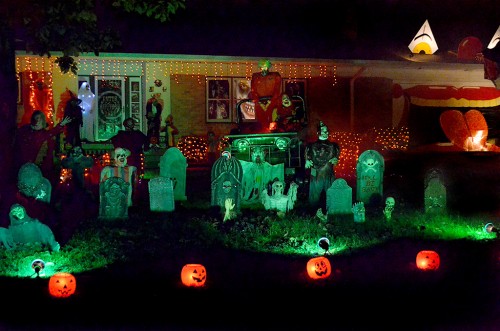 I have often thought each individual should be allocated a finite number of exclamation points on birth. When they are all used up, you’re done. That should make you use them wisely.

Well, when Mother suggested we turn down Brookwood Drive instead of up Janet so we could see some Halloween decorations, I humored her.

We have whole neighborhoods in Florida who go to wretched excess putting up Christmas decorations, but this has to be the Halloween decoration of all time WOW!!!

I consider these exclamation points well-spent. (Click to make the photos larger.)

I don’t know who the Groves are, but I tip my cap to you for a job well overdone.

P.S. Friend Carol, when I asked you to help me find decorations in Athens earlier, THIS is what I had in mind.