You’re going to hear a lot about the time capsule that is my Mother’s attic.

I was rooting around up there last month and ran across a 24-page The Police Safety Review booklet that was distributed by the Cape Girardeau Police Department in what had to have been the mid-to-late 50s. 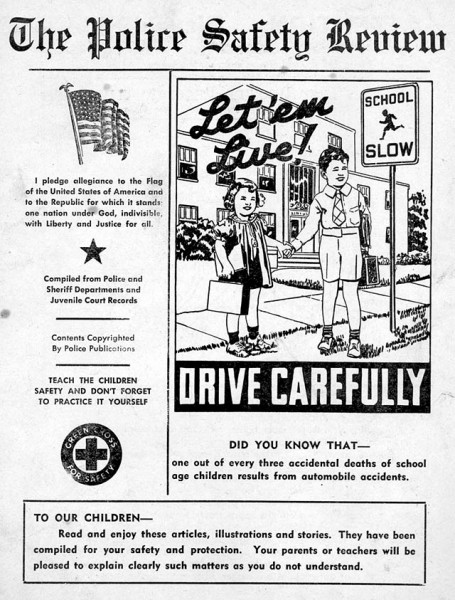 Archeologists determine dates by examining objects found near the target and by carbon dating. I used the first method, but mostly relied on a Rube Goldberg cartoon in it that was copyrighted in 1954. (Yes, it was THAT Rube Goldberg, but it was done in a style that you don’t normally associate with the crazy gadget guy.) 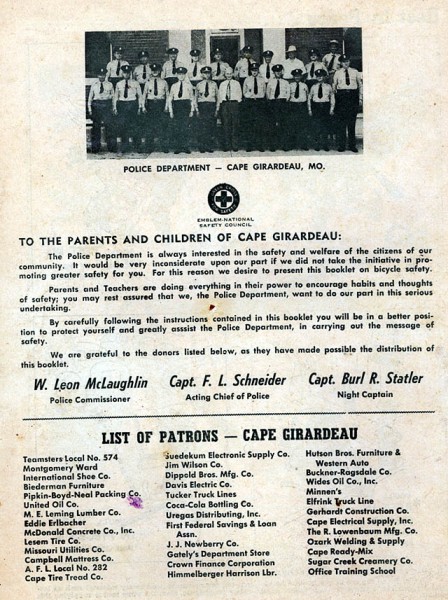 You can see a summary of the cartoons in the booklet on my bike blog.

In a nutshell, kids were told that actions have consequences. If you were a scofflaw or careless, bad things were going to happen. You’d be

They knew their audience. Almost everybody came to a bad end in a particularly gruesome manner.

Here’s where you can see the whole book.