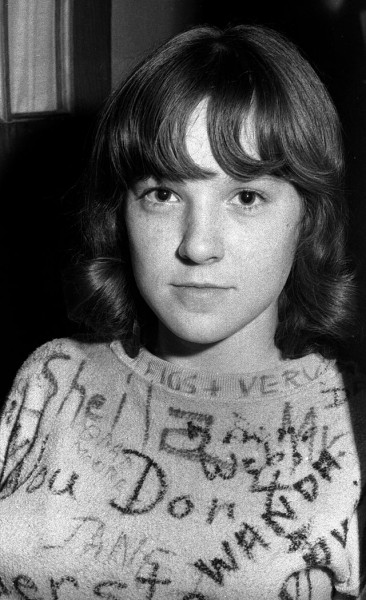 School uniforms and dress codes have been big in the news in Cape Girardeau of late. We members of the ’60’s decade at Central High School were careful in our dress and were closely monitored by the staff and faculty.

Here are some examples of student attire I photographed at Central. The film’s not dated, but this young lady is Wife Lila’s sister, Marty Perry Riley, a member of the Class of 1968. Click on the photos to make them larger. 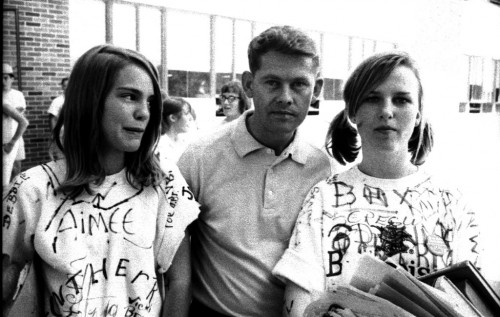 The technical quality of this photo is nothing to write home about, but it DOES indicate that teacher Calvin Chapman, center, has carefully checked out the new fashion and seems to approve of it.

Uniforms evolve without school board assistance 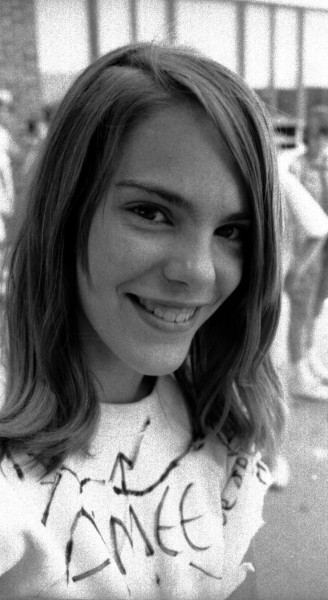 The Missourian’s news columns, Speak Out, letters to the editor and Facebook page have been swamped with the pros and cons of requiring students to wear uniforms. Left to their own devices, the students will establish their own dress codes. Note how an unofficial uniform look has been achieved without school board assistance.

Class of 1965 KNEW how to be presentable 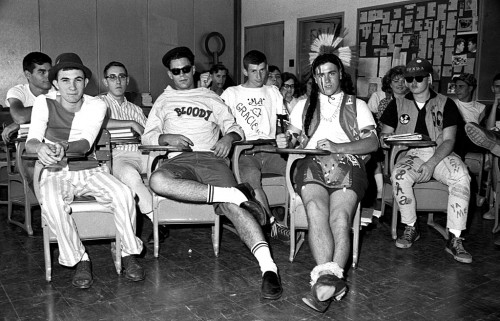 Here’s a typical Central High School classroom in either 1964 or 1965. You can see more examples of what were considered  acceptable forms of dress in a piece I published in January 2011. It’s worth going there to read the comments. Girls today don’t know how good they have it, particularly in the winter. (If you’ve been to the page before, press Ctrl-F5 to bring up any new comments.)